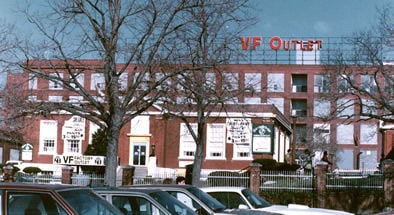 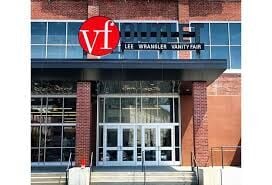 The VF Outlet store at The Knitting Mills in West Reading.

The VF Outlet store at The Knitting Mills in West Reading.

The VF Outlet store in West Reading is going out of business, the Reading Eagle reported Tuesday, marking the end of an era in retailing.

The 50-year-old store will go dark as the result of a “strategic evaluation,” according to its owner, North Carolina-based Kontoor Brands.

The location is holding a liquidation sale, with plans to continue operating through Dec. 24, the newspaper said.

Once the anchor for the sprawling VF Factory Outlet Center, VF Outlet relocated to the former Designers Place building at the center in April 2018 as part of the site’s $70 million redevelopment under the name The Knitting Mills. The store is about 25,000 square feet, according to a leasing representative for the redevelopment; its number of employees was not available.

VF Outlet, originally located in the so-called Red building on the former Berkshire Knitting Mills property, traces its roots to 1970, when the mill held a one-day clearance sale to sell off excess inventory, according to the VF Outlet website. The merchandise sold out.

Motivated by that response, the owner held a second sale two weeks later. It too was a hit and the outlet was established as a permanent activity.

That single store expanded into outlets for Berkshire International and Vanity Fair products, becoming the first modern outlet center in the U.S. – a mecca for tourists arriving by busloads in search of deeply discounted merchandise.

The relocated store was to be a cornerstone of the The Knitting Mills, the developer said at the time the new location debuted, according to the newspaper.

West Reading Main Street manager Mark Ratcliffe said the COVID-19 pandemic likely contributed to the store’s downfall, the Reading Eagle reported. The pandemic has decimated sales in the retail industry, with a few exceptions such as supermarkets.

From that single Berks County store, VF Outlet grew into a chain with more than 60 locations, its website shows, including one at the Shops at Rockvale.

A Kontoor spokeswoman declined to explain what the company's "strategic evaluation" of the store determined. The store's manager declined to comment, referring a reporter to the corporate spokeswoman.

Armstrong Flooring has agreed to pay $3.75 million to settle a shareholder’s lawsuit that alleged management “deceived” and “defrauded” him an…