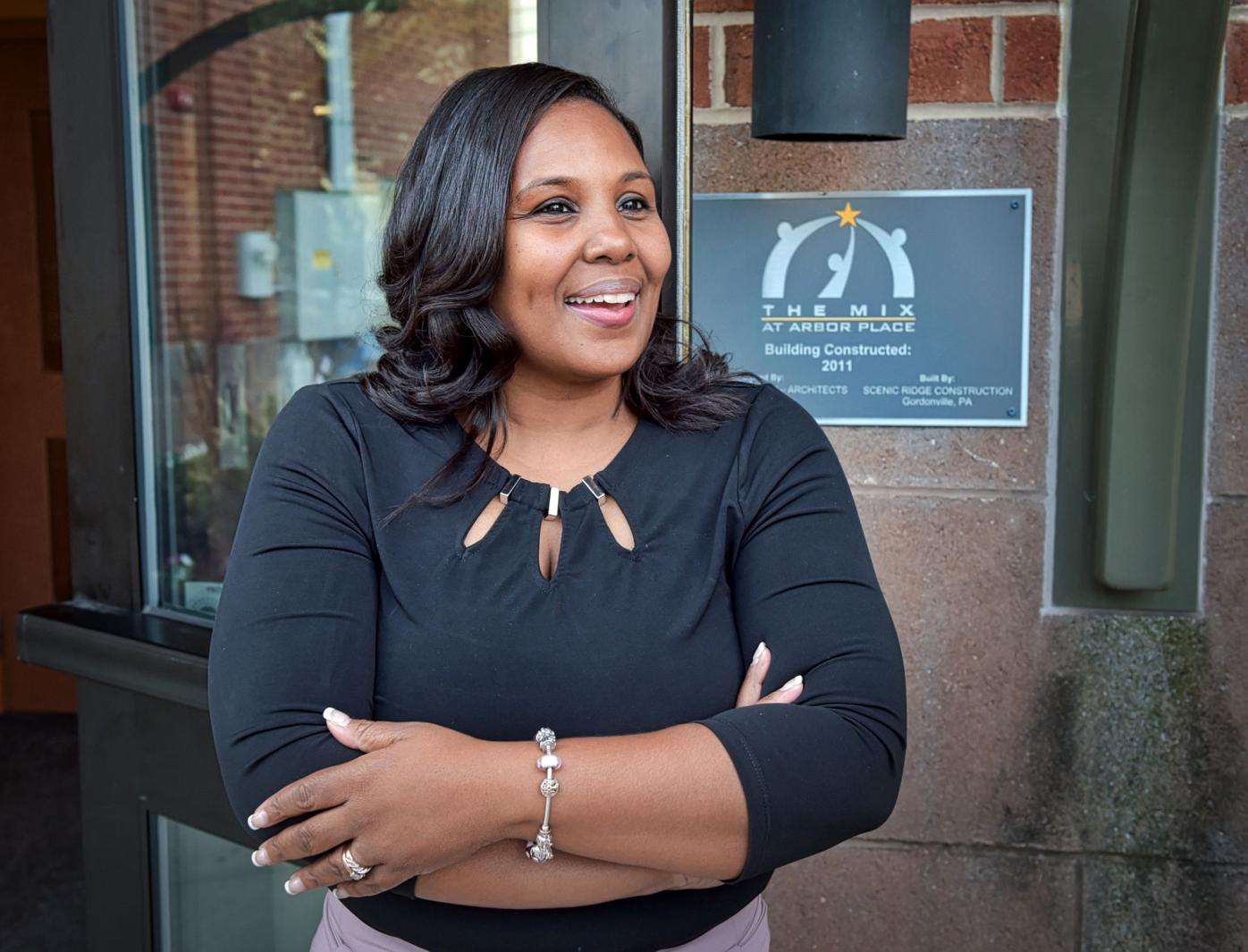 Kyonna Bowman is the the new executive director of the Mix at Arbor Place. 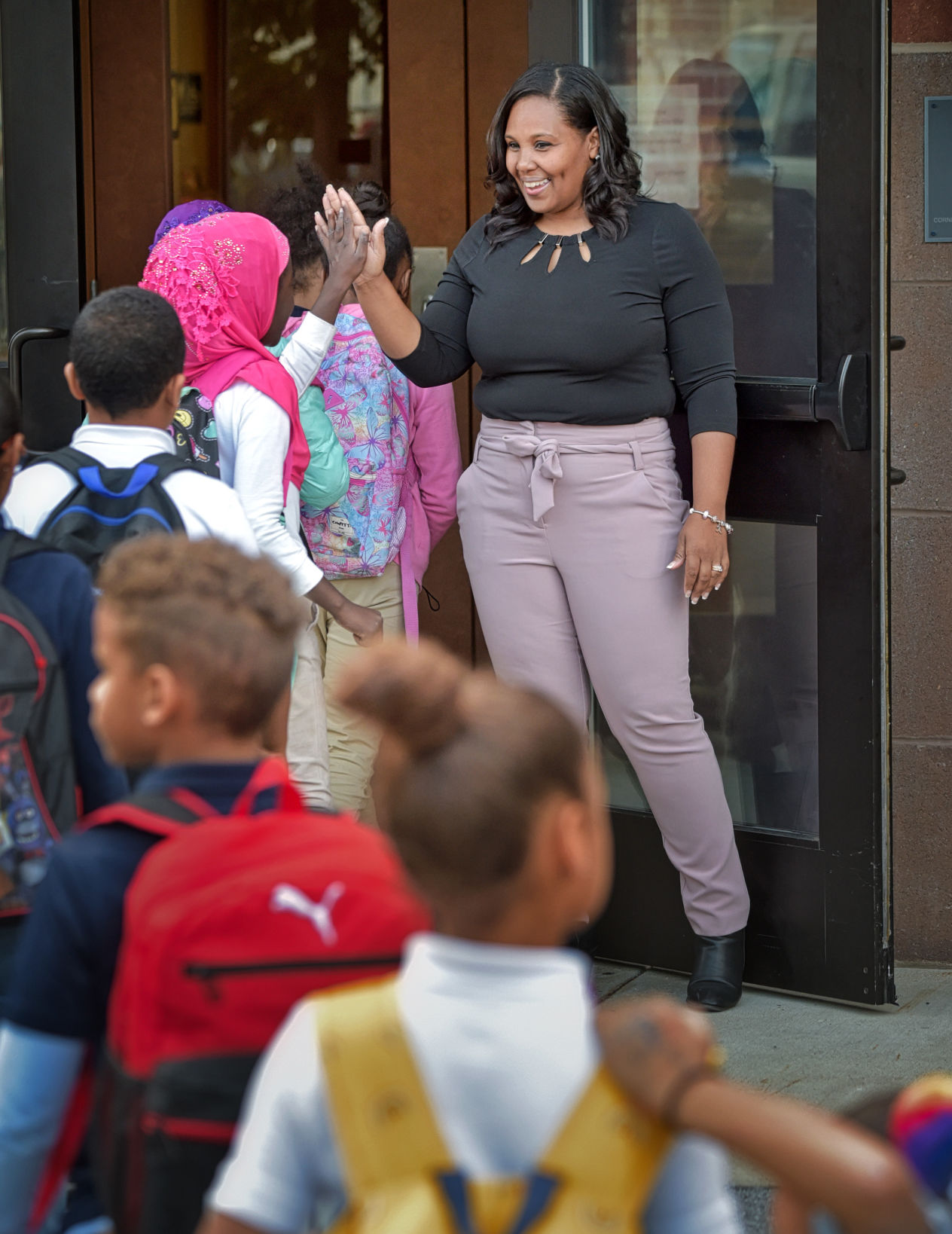 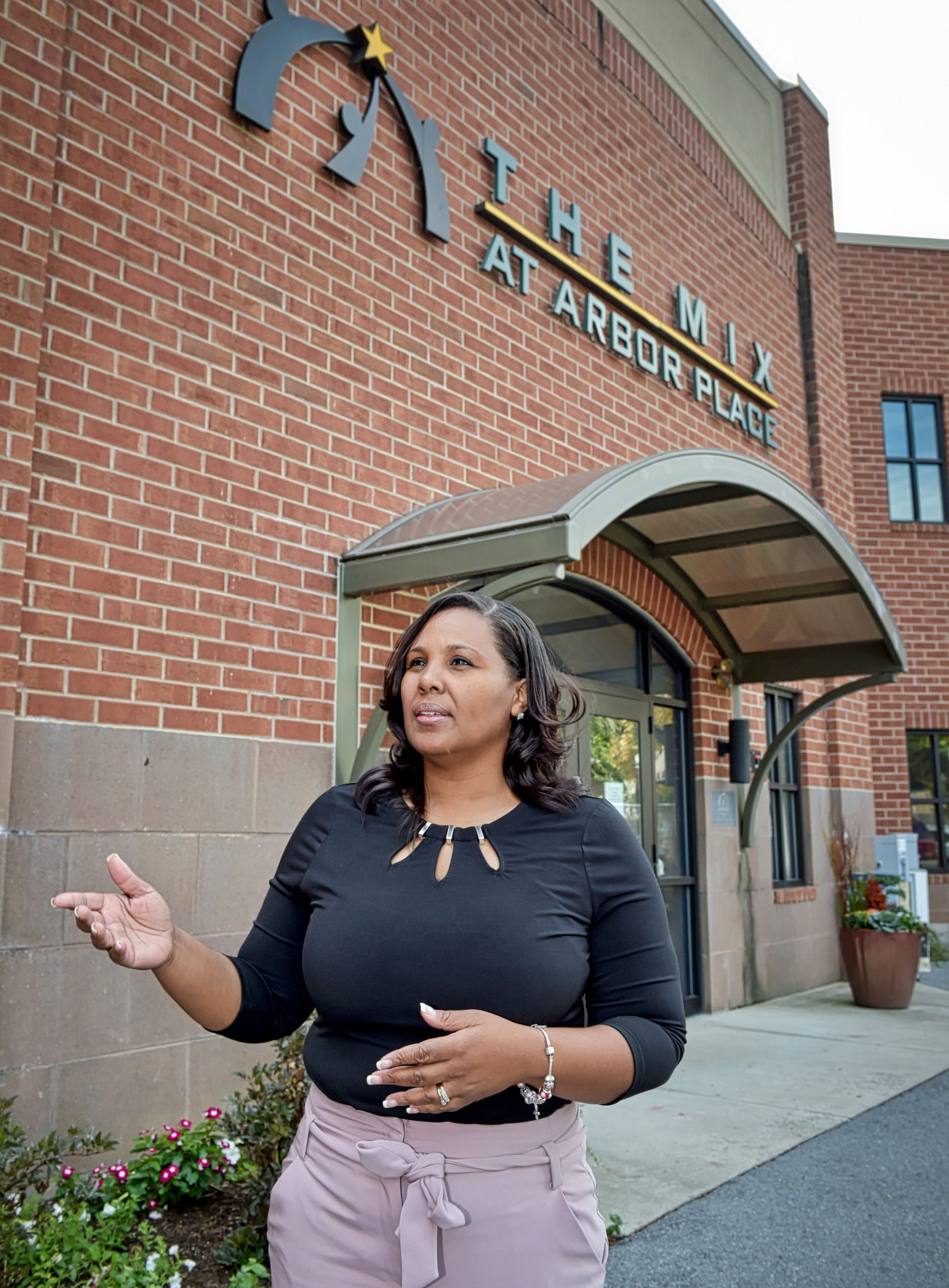 Kyonna Bowman is the new executive director of The Mix at Arbor Place.

Kyonna Bowman is the the new executive director of the Mix at Arbor Place.

Kyonna Bowman is the new executive director of The Mix at Arbor Place.

As schools were letting out one day last week, Kyonna Bowman situated herself at the open door of The Mix at Arbor Place, a community center in southeast Lancaster that operates an after-school program.

When students arrived either on foot or via The Mix’s 15-seat passenger van, Bowman gave a high-five to the children she called “our friends” as they streamed into the building for an afternoon and evening of homework help, a meal and arts and other programs.

“I can relate to students and families,” says the 41-year-old Bowman, who grew up in southeast Lancaster and dropped out of high school when she was 16 years old and about to have her son Diante.

“The students and families that we serve, they come with a lot of challenges, and there’s a lot of layers to what they deal with,” she says.

Since she left high school early, Bowman has taken a winding career path that included jobs in retail, restaurants and factories as well as stints at an employment agency, a charter school and as a program director at The Mix. She was named executive director in July.

Along the way, Bowman also earned a GED and an associate degree. She’s now on her way to finishing a bachelor’s degree in psychology from Millersville University.

Bowman says the program at The Mix is meant to guide other children growing up in Lancaster’s southeast along their own path toward success.

“What we’re able to provide for them is a safe place to be able to love them, and pull out of them those gifts and those talents in order to inspire them to thrive,” she says.

History at The Mix

The Mix at Arbor Place is a nondenominational, faith-based, not-for-profit organization in southeast Lancaster city. It’s dedicated to meeting the spiritual, social/emotional, academic and physical needs of Lancaster’s inner-city youth.

It was founded in the early 1980s by Marvin Weaver, pastor of Laurel Street Mennonite Church. The center at 520 North St. opened in 1985, occupying a building that had been a burlap bag factory.

Over the years The Mix has increasingly offered more structured programs after initially serving primarily as a safe place for teens to hang out. In addition to offering homework help, a snack and a hot meal, The Mix also has a variety of athletics programs as well as performing arts and leadership programs, some of which continue until 8 p.m.

“Everything we do is free, no cost to any students,” Bowman says.

With an annual budget around $400,000, The Mix has four full-time staff, seven part-time staff, about 10 volunteers and a handful of interns.

On a typical afternoon its programs attract about 75 students, a number that can sometimes swell to nearly twice that.

A major change for The Mix came in 2012 when the original community center was torn down and a new $2.5 million center with a large gym and 20,000 square feet of space was built in its place.

But Bowman says many people aren’t aware of what’s available at the midblock facility, three blocks south of Church Street and a block and a half southwest of South Duke Street.

“We’re in this beautiful building, right in the middle of the southeast, but there’s a lot of people who still don’t know who we are,” she says. “Or they’ve heard of us and don’t really know what we do.”

‘It’s simple for me’

Getting more publicity for its programs and facility is one of Bowman’s main goals as the organization’s new leader.

And she says she’d like to cooperate more closely with other neighborhood groups, such as Crispus Attucks Community Center, where she used to work.

“How can we together meet the needs of this community? We don’t have to duplicate services,” she says. “Collaboration and partnership — I think that’s going to be the key to the success of the southeast Lancaster.”

And while her new role has Bowman thinking about strategy and initiatives, she says it’s really about something more fundamental.

“It’s really simple for me,” she says. “I have a heart for community, and I want to really see our students and our families thrive.”

Bowman says she also is focused on fundraising, which she says is a constant challenge for nonprofits. The Mix gets some state funding but mostly relies on support from foundations and individual donors.

Looking ahead to November, Bowman says she and her staff see a new avenue for increased funding during the Extraordinary Give, the one-day giving event that last year brought in $10.2 million for Lancaster County nonprofits.

“Every year it gets more exciting, and it is building. We see the potential every year for what that could turn in to.”

Recently, Bowman met with representatives from Children Deserve a Chance, a Lancaster foundation that brought in more than $500,000 during the Extraordinary Give, the most of any nonprofit.

The meeting was extra special for Bowman since it included her son, now 25. Diante Cherry is a former McCaskey football and basketball standout who recently began working at the Children Deserve a Chance Foundation.

“That was pretty neat to sit across the table from my son and talk about the future of Lancaster’s youth,” she says.

Earlier this month, Jim Radel and Darrel Stauffer put a sign on the sidewalk outside their 332 N. Queen St. store that signaled the impending …

John Sibole got his pilot’s license when he 17, earned a mechanical engineering degree from Lehigh University and spent four years as a U.S. A…

Sam Beiler was 15 when he quit school to work as a roofer.

When Barney and Suzanne Reiley sold their three environmental services companies in 2015, the Manheim couple had the freedom to contemplate a …