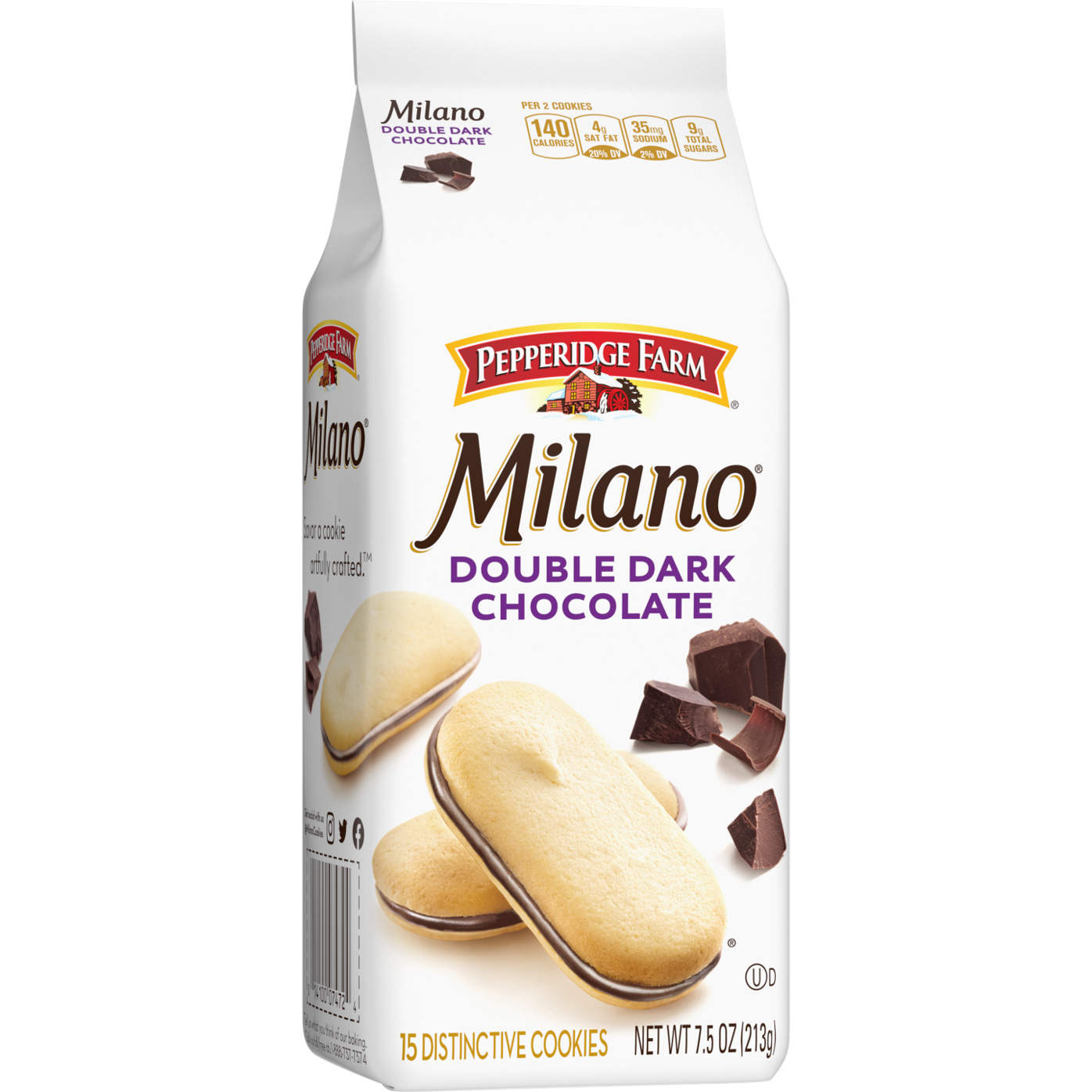 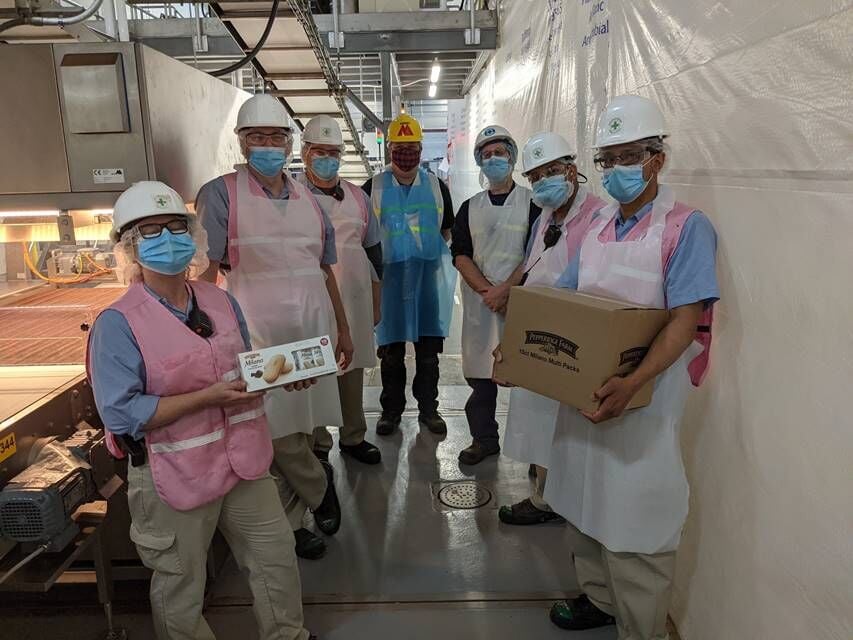 Gathered to celebrate their production of the first mini-case full of Milano cookies in a single-serve package to come off a new production line at Pepperidge Farm's Denver plant on April 19 are employees, from left: Crystal King, Dave Hibschman, Eric Dionysius, an unidentified outside contractor, Brandon Kovach, Bryan Torres-Gonzalez and Christopher Boyd. Kovach is an electro-mechanical technician. The other employees are machine operators. 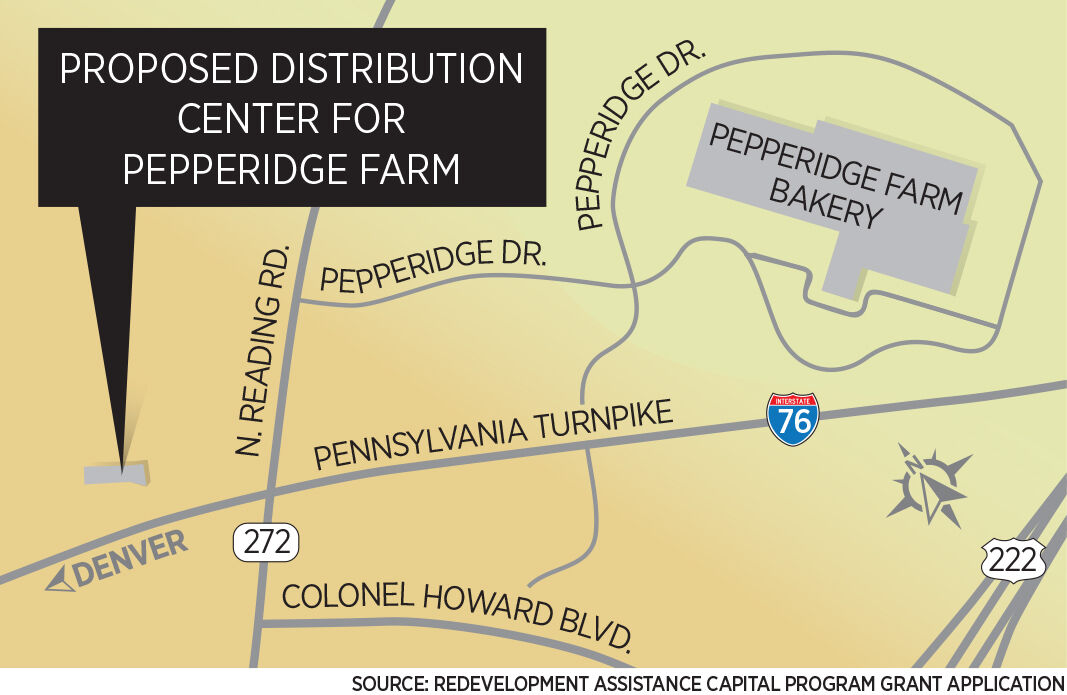 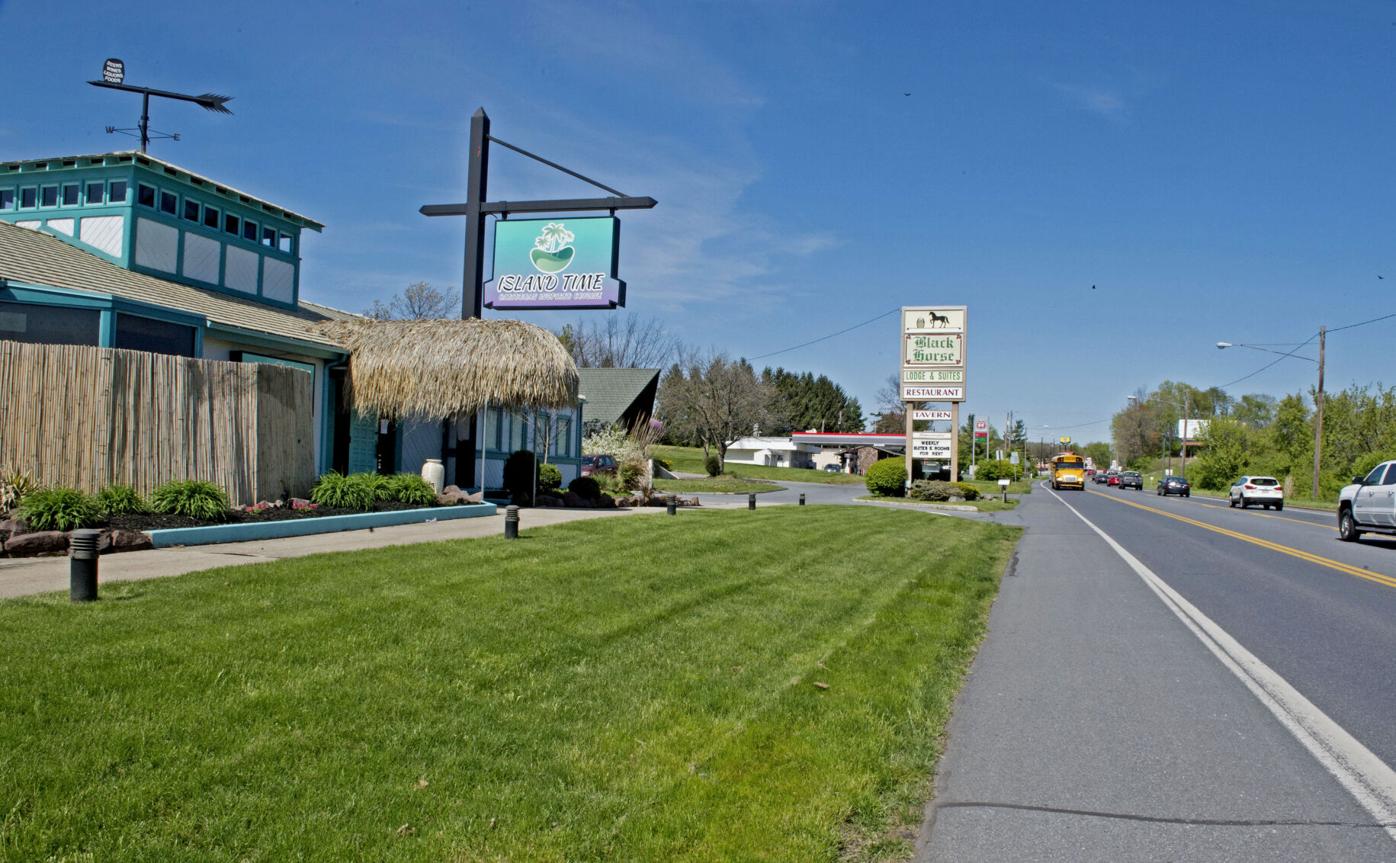 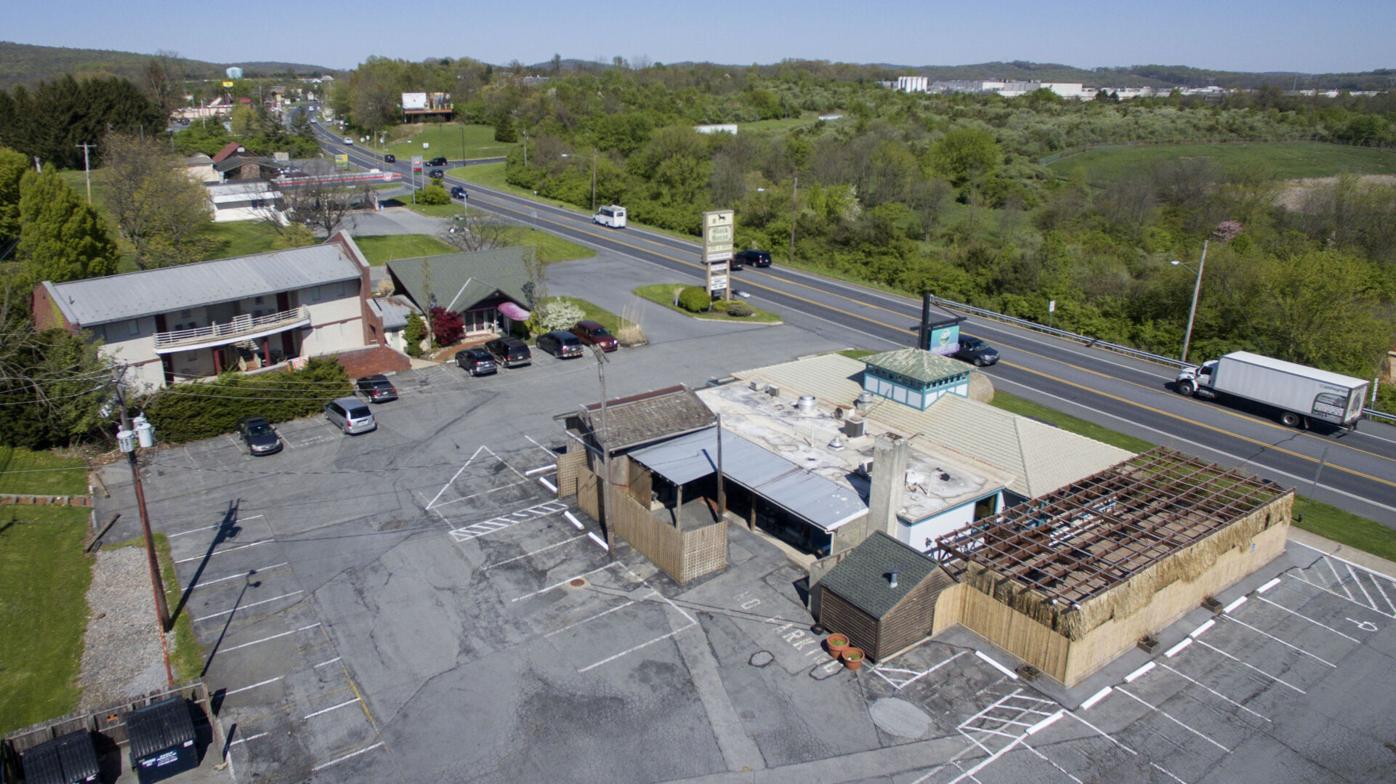 This aerial view shows buildings that would be razed if a proposed Pepperidge Farm distribution center is built along Route 272 north of the turnpike in East Cocalico Township Monday, April 26, 2021. The buildings include from lower right, Island Time restaurant, 2170 N. Reading Road, Black Horse Lodge, 2180 N. Reading Road, and Second Street Thrift Shop, 2222 N. Reading Road. The Phillips 66 gas station between Black Horse Lodge and Second Street thrift shop will not be razed. Pepperidge Farm is in the background right of the picture. 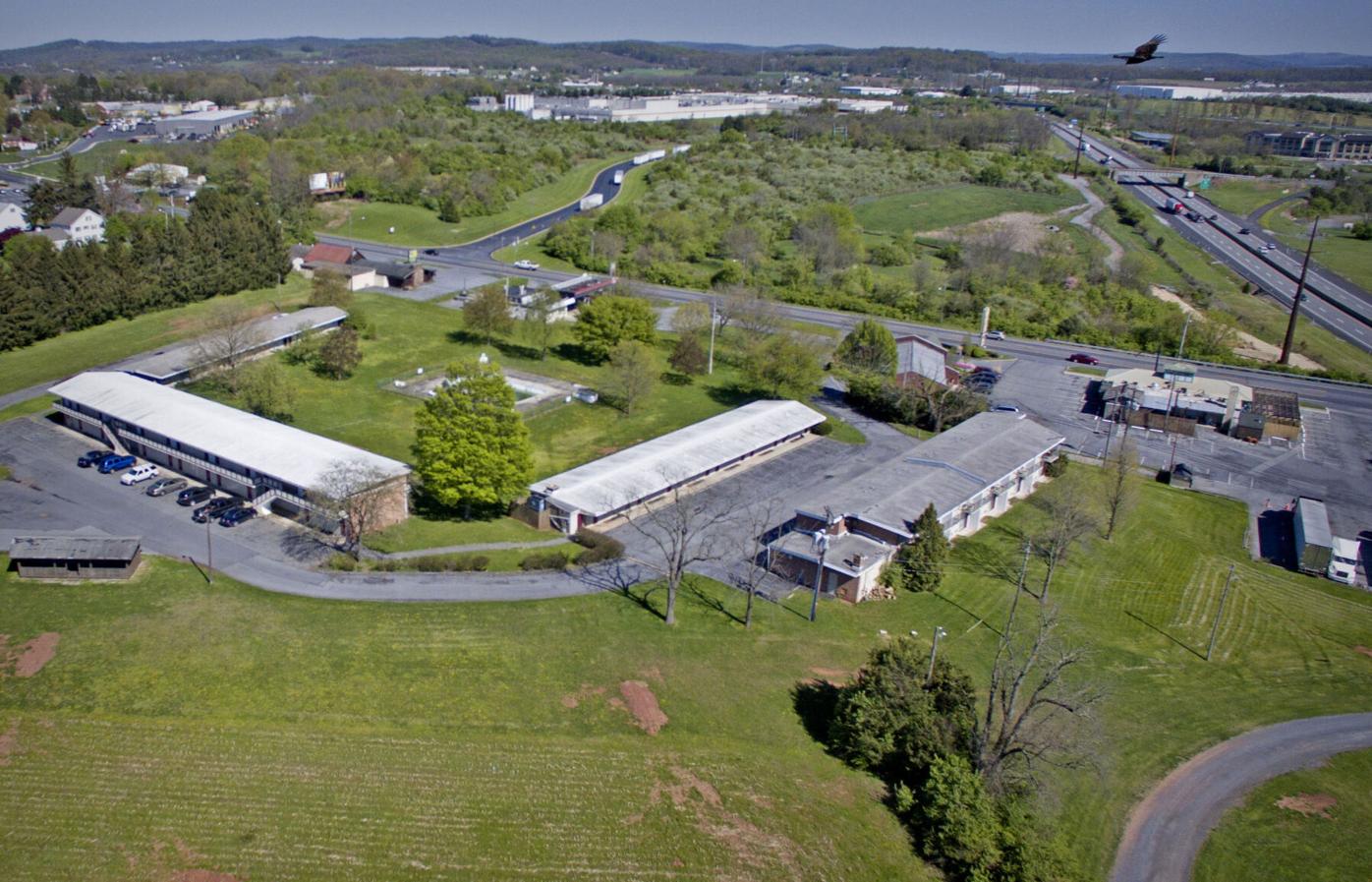 This aerial view shows buildings that would be razed if a proposed Pepperidge Farm distribution center is built along Rt 272 north of the turnpike in East Cocalico Township, Monday, April 26, 2021. The buildings along Rt. 272 are Second Street Thrift Shop, 2222 N. Reading Road, next to the treeline left, Black Horse Lodge, 2180 N. Reading Rd., foreground, and Island Time restaurant 2170 N Reading Rd., right. Pepperidge Farm is in the background center and the Pennsylvania Turnpike is on the right. The Phillips 66 gas station to the right of Second Street Thrift Shop will not be razed for the project. 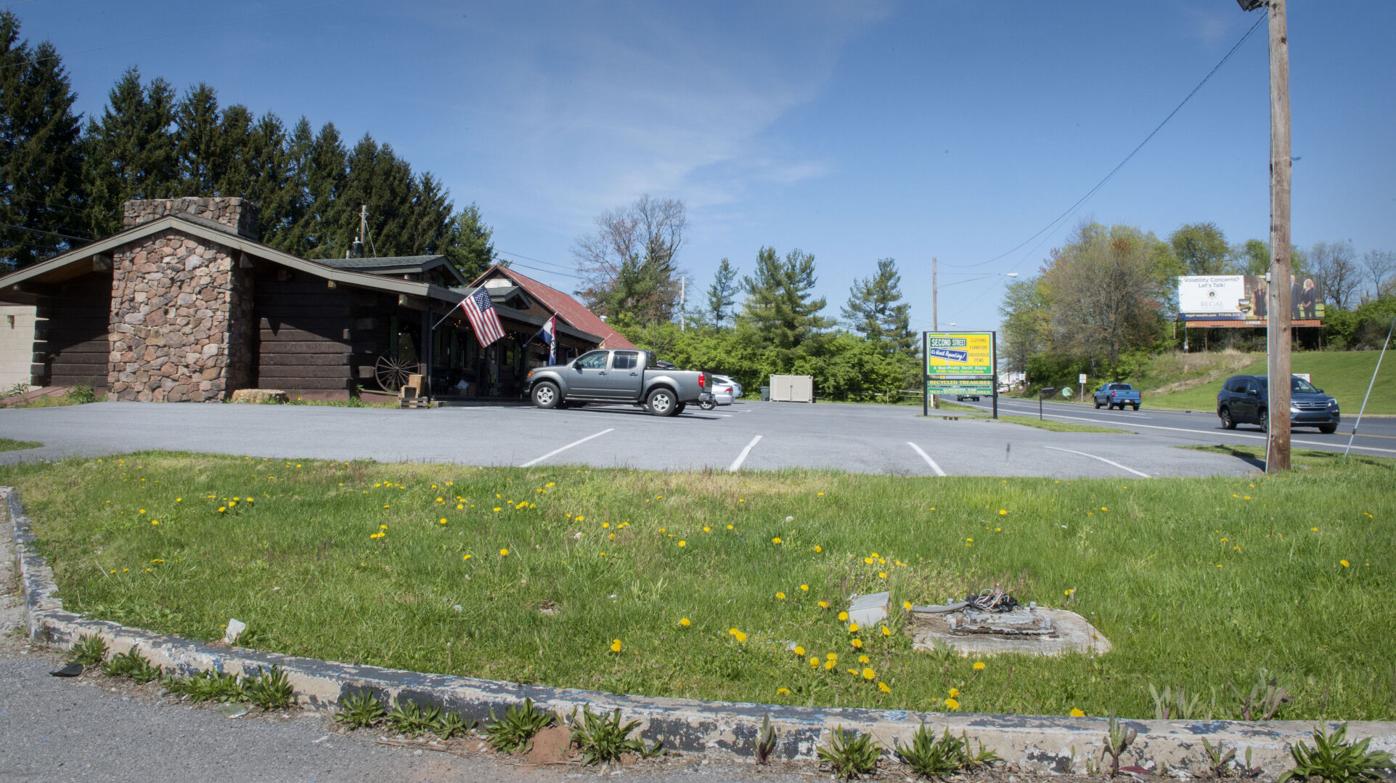 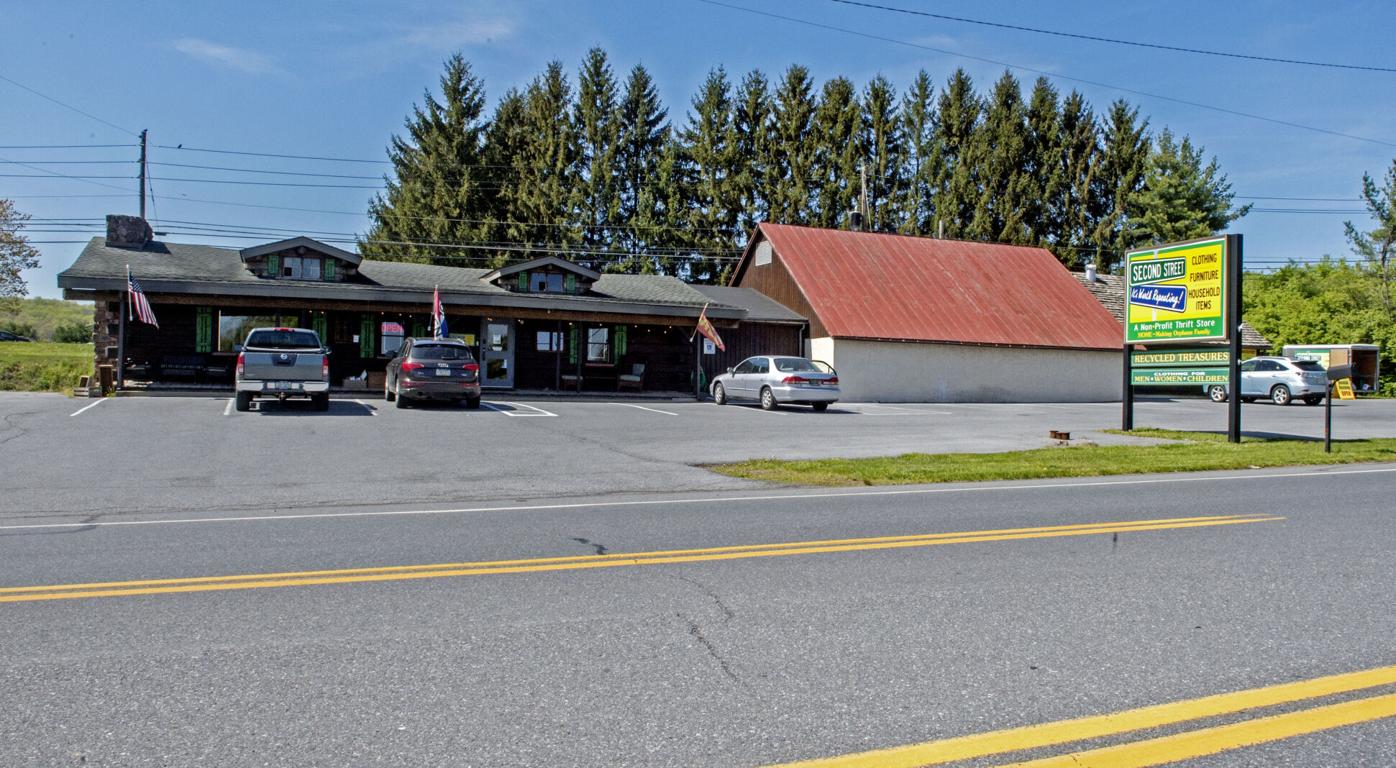 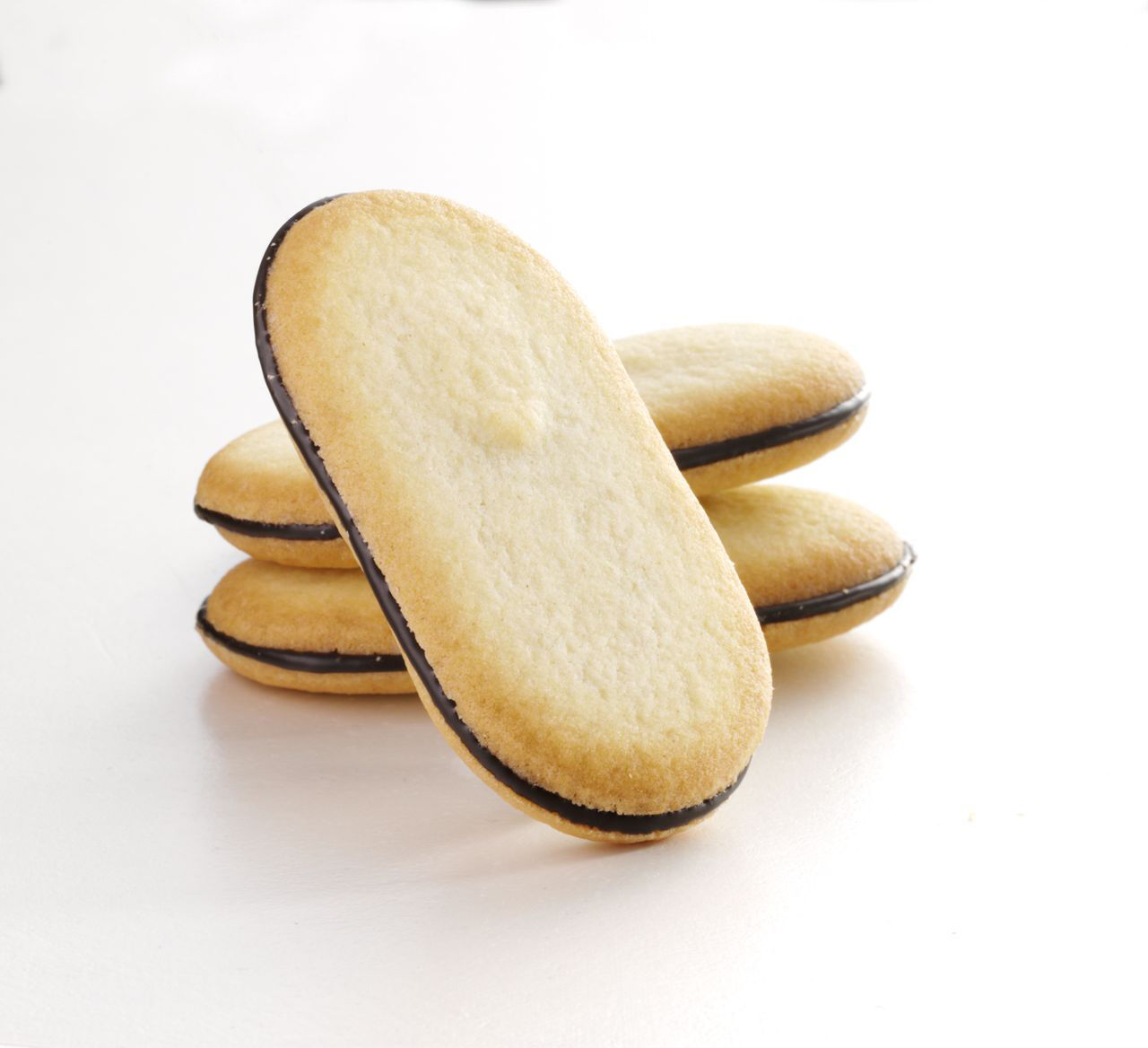 Gathered to celebrate their production of the first mini-case full of Milano cookies in a single-serve package to come off a new production line at Pepperidge Farm's Denver plant on April 19 are employees, from left: Crystal King, Dave Hibschman, Eric Dionysius, an unidentified outside contractor, Brandon Kovach, Bryan Torres-Gonzalez and Christopher Boyd. Kovach is an electro-mechanical technician. The other employees are machine operators.

Pandemic or not, one thing has been constant for Pepperidge Farm in recent years – consumers have had a growing appetite for its Milano cookies.

To help meet that rising demand, the company’s Denver plant is completing a multi-million-dollar expansion that will more than double its capability to make the popular product.

A new production line will boost the bakery’s capability to produce Milano cookies from 2,000 a minute to 5,000 a minute. It also will free up its existing cookie lines to make more of other kinds of cookies such as Brussels, Bordeaux and Chessmen.

“There’s a lot of Milano eaters out there,” Plant Manager Rick Pifer said.

The addition of a fifth cookie line has caused the bakery’s full-time workforce to grow from 770 employees to 810, reinforcing the 30-year-old facility’s status as one of the county’s largest manufacturers.

And while the cookie project is wrapping up, a related expansion is on the drawing board.

The company is contemplating whether to go forward with the construction of a proposed $36.7 million distribution center across the street that would create up to 300 jobs.

The distribution center on the opposite side of North Reading Road from the plant would replace storage space inside the plant that was consumed by the addition of the high-speed production and packaging line for Milano cookies.

*Of Pepperidge Farm’s 7 bakeries, only the Denver facility makes all three of the company’s product lines – bread, crackers and cookies.

Pifer said the company began planning how to ramp up the plant’s cookie output three years ago, long before the world had heard of COVID-19. Milano production lines have been running at nearly 100% of their capability for years.

And if ramping up cookie production was a savvy investment before COVID-19, the pandemic has only made that an even smarter decision.

Though Pepperidge Farm’s cookie revenue is not public information, the American cookie market overall grew 3.7% to $9.1 billion in revenue in 2019, before the pandemic, industry website Food Dive reported in November. That rate of growth has accelerated to 6.6% during the pandemic.

“We’ve been seeing consistent growth prior to COVID in Milano. That’s why this project was started,” he said. But while demand has continued to climb during the pandemic, the virus did impede the expansion.

“COVID actually slowed us down a little bit,” Pifer said last week. “We had to take a little bit of a pause for about five to six months until we really understood the impacts of the virus and had a plan to keep our employees safe” as well as vendors who are installing the new equipment.

Why did Pepperidge Farm decide to boost the capacity of the East Cocalico Township facility, rather than select one of its other two cookie-making plants? Geography played a key factor, as those other cookie-making sites are in Ohio and Utah.

“Our facility is uniquely situated in the Northeast, from distribution standpoint, to hit a lot of the population quickly. We also have the technical competency, as the company’s largest cookie provider, to add this to our portfolio,” Pifer said.

The plant started hiring the 40 additional workers last fall, he explained, so the newcomers would have ample time to get trained and learn the company’s culture. In addition, with absenteeism higher due to the pandemic, management knew that having additional qualified staff available would come in handy.

A handful or a bag full

Besides its higher speed, the new cookie line is different from the plant’s other cookie lines because it can package the Milano treats in more ways, in response to consumers wanting a broader variety of packaging types and sizes.

Production with single-serve packaging (in individual containers of two or three cookies) began April 19. Retail packaging (in its familiar white bags) will begin in August, once that equipment is installed.

Michelle Reardon, a spokeswoman for Pepperidge Farm’s owner, Campbell Soup, declined to disclose the cost of the new line but acknowledged that it's significant. Judging from recent expansions at other Pepperidge Farm bakeries, it easily could cost tens of millions of dollars.

Those are imperfect comparisons, though, as the Richmond expansion included the construction of 94,000 square feet of additional space; existing building space is being used in Denver. And Milano cookies – which have a layer of chocolate filling sandwiched between two oval biscuits -- are a more complicated product to make than Goldfish.

An official with the Economic Development Company of Lancaster County, a nonprofit that promotes local business health and growth, welcomed the additional investment and jobs that the new line represents.

“The Pepperidge Farm expansion of its cookie line is great news for the region, as the ongoing investment in the East Cocalico facility helps ensure that the plant remains a competitive and productive part of their larger Pepperidge production system,” said John Biemiller, EDC director of business retention and expansion.

“Pepperidge is a solid employer in northern Lancaster County, and food processing remains a key sector in Lancaster County’s industrial base – a sector in which we are always pleased to see ongoing growth and investment,” he added in an email.

To make room in its plant for the faster, more versatile Milano line, Pepperidge Farm removed a multi-product cookie line that had been idle. It also converted space that was devoted to the storage of “biscuit” products (cookies and crackers) into production space.

In its stead, the plant is leasing 70,000 square feet of storage space in Denver and 50,000 square feet in New Holland; it’s also using a variable amount of space in a Mechanicsburg warehouse belonging to Campbell Soup.

Pepperidge Farm is weighing “three or four” options for providing that storage space in a single location, Pifer indicated. The company is looking for a facility that can “both provide financial savings to the company and optimize customer service as high as possible,” he explained. There’s no timetable for making a decision, Pifer said.

One of the options came to light recently when the state disclosed the applicants for its semi-annual Redevelopment Assistance Capital Program grant awards. Among the 10 projects in Lancaster County that’s a candidate for funding is a proposed distribution center at 2152-2222 North Reading Road that would serve Pepperidge Farm.

The developer, Wright Ebersole LLC of Media, Delaware County, is seeking a $10 million grant for its venture. Founder Carl Wright did not respond to messages from LNP | LancasterOnline seeking comment on his proposal.

Wright has agreed to buy the property for $4.5 million, according to his grant application. If the distribution center is built, the antiques store, restaurant, motel and thrift shop would be razed to clear the site for construction, the application says.

A spokeswoman for Second Street, a nonprofit that’s been on North Reading Road for more than 12 years, was nonplussed by the possibility of the sale, noting that the property has been listed for sale in past.

If this sales agreement gets finalized, “we’d certainly find a place” to move to, she said. “We’ll figure it out. We trust that God has a plan for us.”

Island Time also would relocate, its owner said. Representatives of the German Trading Post and the Black Horse Lodge could not be reached for comment.

Wright’s application does not describe the size of the proposed structure. But it does say the facility would cost $36.7 million to develop, would employ 150 to 300 people and would “streamline” the plant’s distribution operations.

But for the proposal to go forward, Wright would need to accomplish more than winning the grant.

Wright would have to get a land development plan for the building approved by the township as well, among numerous other approvals, addressing everything from storm water management to sewage treatment to traffic flow.

Tony Luongo, the township’s zoning officer, said last week he has not been contacted by the developer or his representatives.

After more than half a century of serving generations of customers, the Hubers will be stepp…

For the eighth straight month, the number of jobs in Lancaster County last month remained mi…

As vaccinations rise, consumer confidence in Lancaster County does too, survey finds

Wells Fargo has awarded a $3 million grant to the Lancaster-based Community First Fund, which will use the money to launch a new program, the …