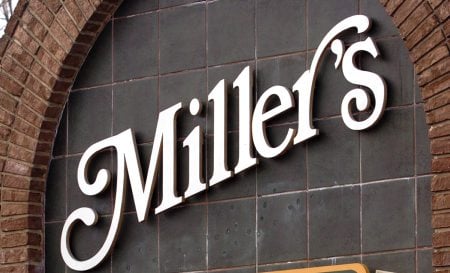 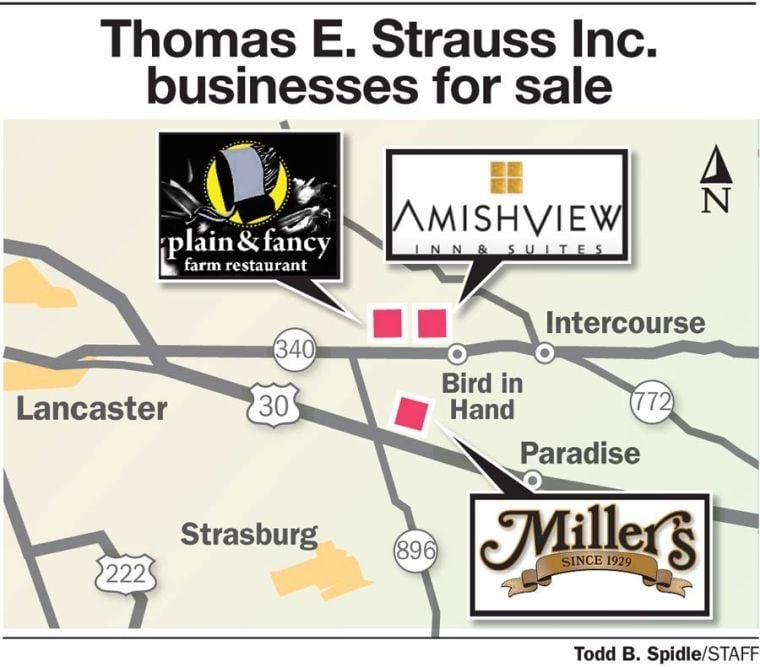 Three major tourism businesses and their properties in eastern Lancaster County are for sale, it was announced Wednesday.

The businesses are Miller’s Smorgasbord, Plain & Fancy Farm and the AmishView Inn & Suites.

“There will be a transition, but it doesn’t have to happen tomorrow,” said Al Duncan of Thomas E. Strauss Inc., which owns the businesses.

“Our goal is to have it happen in five years.”

They are the sons of the late Beatrice and Tom Strauss Sr., who owned Miller’s Smorgasbord.

The real estate where Miller’s, Plain & Fancy and AmishView operate is owned by the brothers through a partnership, TEST Associates.

Duncan, chief executive officer, said there is no asking price for the businesses and properties.

Nor does the entire portfolio have to go to one buyer.

Thomas E. Strauss Inc. is selling the businesses and properties on its own, not listing them with a broker.

In the meantime, said Duncan, it’s “business as usual.”

Thomas E. Strauss Inc. will stick to its traditional strategy of finding ways to build value, he said.

That approach is illustrated by the nearly completed $6 million expansion of the AmishView, adding 36 rooms by April 1 to bring its size to 86.

Duncan said the three brothers have a “hands off” approach, trusting and supporting the Thomas E. Strauss Inc. team’s plans to grow the businesses.

But now the brothers are thinking it’s time to plan for new ownership, he explained.

Trout, 80, of New Holland, is a retired electrical engineer.

Tom Strauss Jr., 70, of Millersville, spent 20 years with the family business as director of marketing.

He and his wife Linda were instrumental in launching the Homefields project in Millersville for developmentally disabled adults.

Dan Strauss, 60, of Manheim Township, is a former lawncare franchise owner who volunteers with Junior Achievement. He's the managing partner for the three brothers' holdings.

Miller’s is the family’s oldest venture.

Beatrice and Tom Strauss Sr. bought it in 1947 from founder Anna Miller, who began in 1929 by selling chicken and waffles to truckers.

On Old Philadelphia Pike in Bird-in-Hand is a nine-acre tract featuring the 550-seat Plain & Fancy, bought by Thomas E. Strauss Inc. in 1993, and AmishView, opened in 2003.

Tim Mekeel is the Lancaster Newspapers business editor. He can be reached attmekeel@lnpnews.comÂ or (717) 481-6030. You can also followÂ @tmekeel_lnpnewsÂ on Twitter.