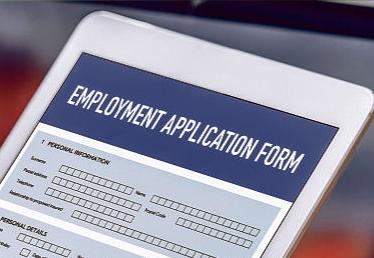 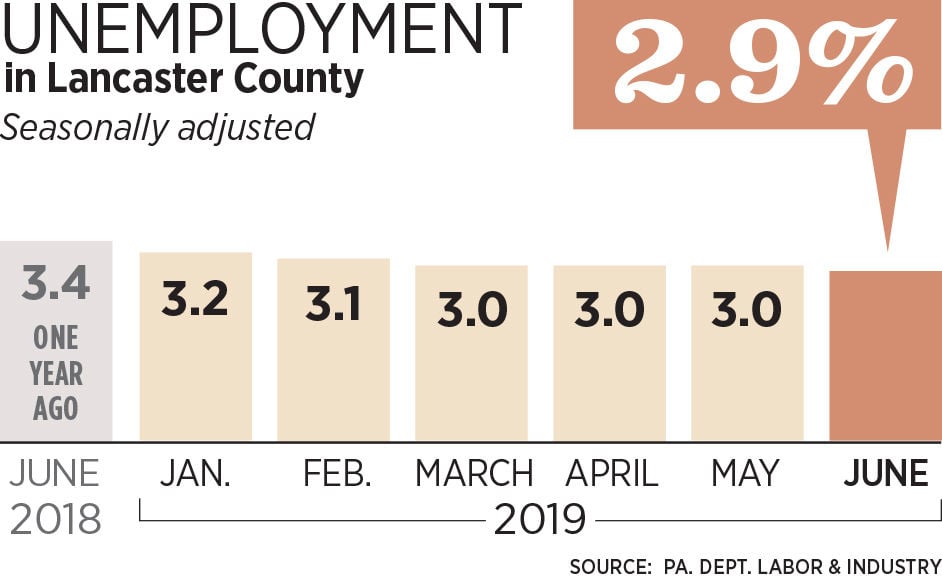 The unemployment rate in Lancaster County dipped in June to 2.9%, a 19-year low, the state announced Tuesday.

By declining slightly from May’s 3.0%, the local rate tied with State College’s rate for second best among the rates of Pennsylvania’s 18 metropolitan areas.

Only Gettysburg, at 2.8%, had a better jobless rate in June among the state’s metros, according to the Department of Labor & Industry report.

The new figure means the county’s unemployment rate has been below 4.0% for 29 straight months — a performance in keeping with the county’s long history of below-average jobless rates.

That held true in June. Not only was the local jobless rate one of the best among metro areas in Pennsylvania, it was well below the statewide rate (3.8%) and the national rate (3.7%).

According to the state, Lancaster County’s June jobless rate was the result of the county having 8,300 residents without work (but actively seeking a job) and 275,000 residents with jobs.

A year earlier, when the jobless rate here was 3.4%, the county had 1,200 more residents who were unemployed (but actively seeking a job).