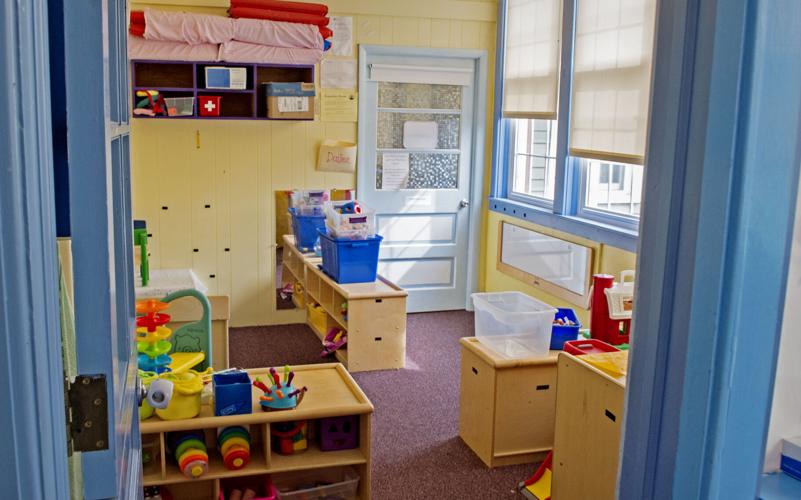 This classroom that was formerly used for toddlers at Owl Hill Learning Center, 506 Owl Hill Road in Warwick Township, was being used for storage Wednesday, April 14, 2022, because of a shortage of teachers. 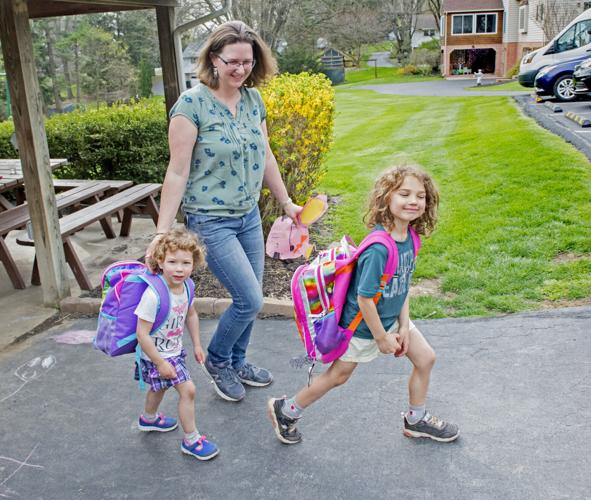 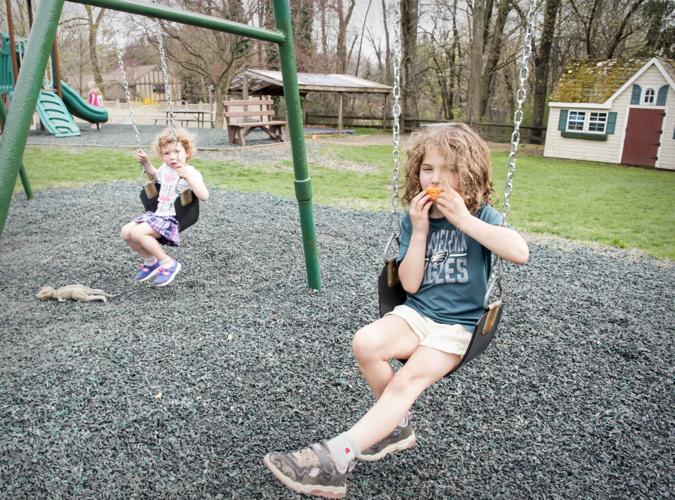 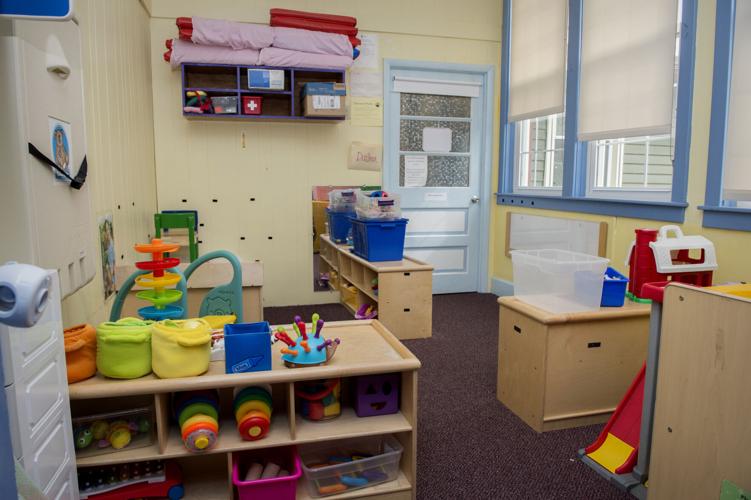 This classroom that was formerly used for young todlers at Owl Hill Learning Center 506 Owl Hill Road in Warwick Township, is not being used for storage Wednesday, April 14, 2022 because of a shortage of teachers. 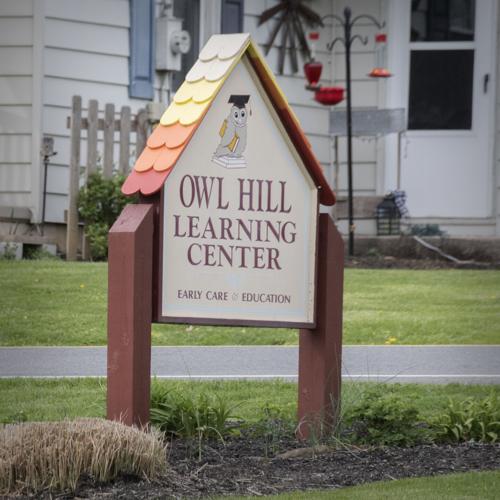 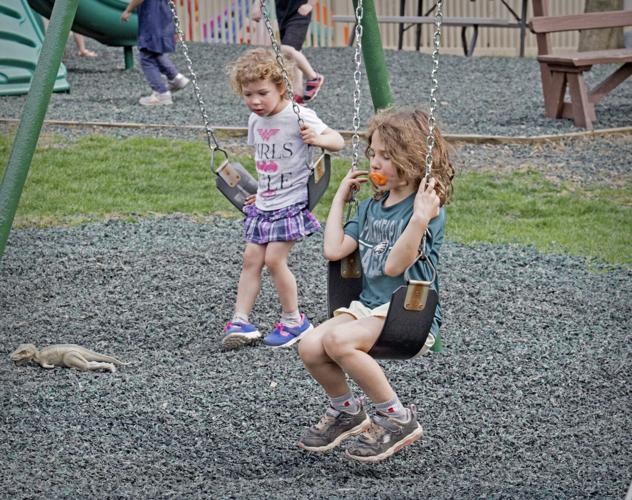 This classroom that was formerly used for toddlers at Owl Hill Learning Center, 506 Owl Hill Road in Warwick Township, was being used for storage Wednesday, April 14, 2022, because of a shortage of teachers.

Brittany Hoeschele wouldn’t be working if her daughters didn’t have care at Owl Hill Early Learning Center just outside of Lititz where they can play in the three little pigs theater and learn during space themed days.

With more than 1,000 children on waiting lists for child care in Lancaster County, Hoeschele is one of the fortunate parents to find quality care at a time when the lack of staff leaves dozens of classrooms closed, sometimes unexpectedly.

The number of center and home-based child care providers in Lancaster and its five neighboring counties has declined from February 2019 to this February. The percentage decrease is included in parenthesis.

Early in the pandemic, Hoeschele lost her child care for her two young daughters when Bright Horizons closed its center at Landis Homes in Manheim Township.

In the last two years, Hoeschele’s daughters have been in three different centers. When she was able to get into Owl Hill’s Warwick Township location near her home, she was relieved.

“If we didn’t have a quality day care I wouldn’t be working,” said Hoeschele, who works in inside sales at Advanced Cooling Technologies Inc. in Lancaster city. “If you want the economy to be stimulated you have to have quality care. They did a whole space program. My daughter has been coming home talking about the planets and she’s 3. They’ve been great in providing a lot of hands-on learning.”

The pandemic has exacerbated the lack of staff in a profession made up of mostly women. Low wages (in Lancaster County the median wage is $11 an hour) and lack of benefits are not new in child care, a workforce in the United States that has been trying to be treated and seen as professionals for decades.

Owl Hill’s Warwick Township director Michelle Ziegler said she has not hired a new staff member since September. A toddler room at the center remains empty for lack of a qualified and dependable leader. She needs assistant teachers, too, to give the current staff more flexibility. Ziegler said she pays $13 to $15 an hour without benefits and still can’t attract workers.

The following numbers are based on child care workers in Lancaster County.

She’d like to hire people with early childhood education degrees but would take anyone with a high school diploma or experience with children. She said she can train them, even help with certification. And yet, she hasn't found anyone.

At the end of March, the Pennsylvania Association for Education of Young Children held three state-wide hiring days at 775 centers. At Owl Hill, no one came.

Jen DeBell, executive director of the Pennsylvania Association for the Education of Young Children, said it is not yet clear how many workers were hired through the event.

Nevertheless, it was an important effort to highlight what is going on in the child care field, DeBell said.

“We’re really in a crisis,” DeBell said. “I will say one thing about the pandemic, it’s shining a light on the situation. People are still closing classrooms and working families are impacted.”

Ziegler was disappointed but not surprised that no one showed up during the hiring event. She’s tried all kinds of online job sites and reached out to center families and staff to find workers.

“We’re not getting any applications or the applicants we receive don’t have the qualifications; they can’t document hours working with kids,” she said.

Ziegler said in a smaller center like Owl Hill – which also has a location in Lancaster city – sometimes staff needs to be alone with children, which makes it harder to find workers because those people need more certifications.

In a survey of 32 Lancaster County child care programs by Start Strong PA released last month, 97% said they had a staffing shortage. The survey participants represent a small sample of the 260 centers and home-based cares in Lancaster County.

Jodi Askins with Start Strong said there are at least 7,000 child care positions open statewide. That reflects 994 centers that participated in the survey. It translates to 32,000 on waiting lists.

“These people aren't waiting for subsidies, they are literally just waiting for a spot to open up,” Askins said.

Better wages and benefits are something that the profession has been seeking for years as a way to improve quality.

Advocates of a new campaign called “Raise Child Care” want the General Assembly and the Wolf administration to allocate $115 million in sustainable state and/or federal funds as part of the final state budget to provide a $2 per hour wage supplement for child care teachers and staff.

Ziegler said increased pay may help find more workers and so could benefits, but even centers with benefits are still experiencing a shortage.

“Our Stars quality coach – she basically said we’re all in the same boat,” Ziegler said referring to the Keystone Stars program that rates programs. Owl Hill has the highest rating of four stars. ”It’s not like someone is doing something over and above.”

When she first became a director more than a decade ago, Ziegler said she looked for staff who fit into the community at Owl Hill and had a passion for understanding children and serving their needs. These days it’s a little different.

“I still try to do that,” Ziegler said. “If somebody is qualified, seems willing to work, obviously I will try to give them a chance. Do they seem like a caring, loving person, are they flexible? We work as a team, sharing work like cleaning tasks we do every day. Will they chip in? We are a high quality center. We focus a lot on the kids and what the kids need.”

Ziegler said child care can be very rewarding, even in these difficult times. The center has rallied around to help families impacted by fires or financial problems.

“We get to help families and the kids,” Ziegler said. “As much as we give them they give back to us. When I go into a classroom and they give you a hug… It’s those little things that keep bringing us back, helping them grow into adults down the road.”

The center is focused on teaching children through play with creative ideas like the three little pigs theater and the space days that Brittany Hoeschele’s daughters loved. Staff have college degrees in how to teach that way but Ziegler is open to consider anyone with experience with children.

“At this point an applicant would be great,” she said. “It would be helpful for someone to find a solution.”

Poverty levels decreased in Lancaster faster than other Pennsylvania counties

Lancaster County’s poverty rate dropped from 10.7% during the first half of the last decade …

SCORE Lancaster-Lebanon is one of roughly 300 nationwide chapters of the organization that partners with the U.S. Small Business Administratio…

Lancaster County's inns adapted during pandemic. Will the changes stick?

One of the biggest changes Rebecca Gallagher made at the Historic Smithton Inn to survive the pandemic was hard wiring the whole inn for Wi-Fi.

Lancaster County is at full employment; so why are employers still scrambling for workers?

A few weeks ago, Dan Lembo, a registered nurse, left a job that he loved for another nursing job that he hopes will make his life better.