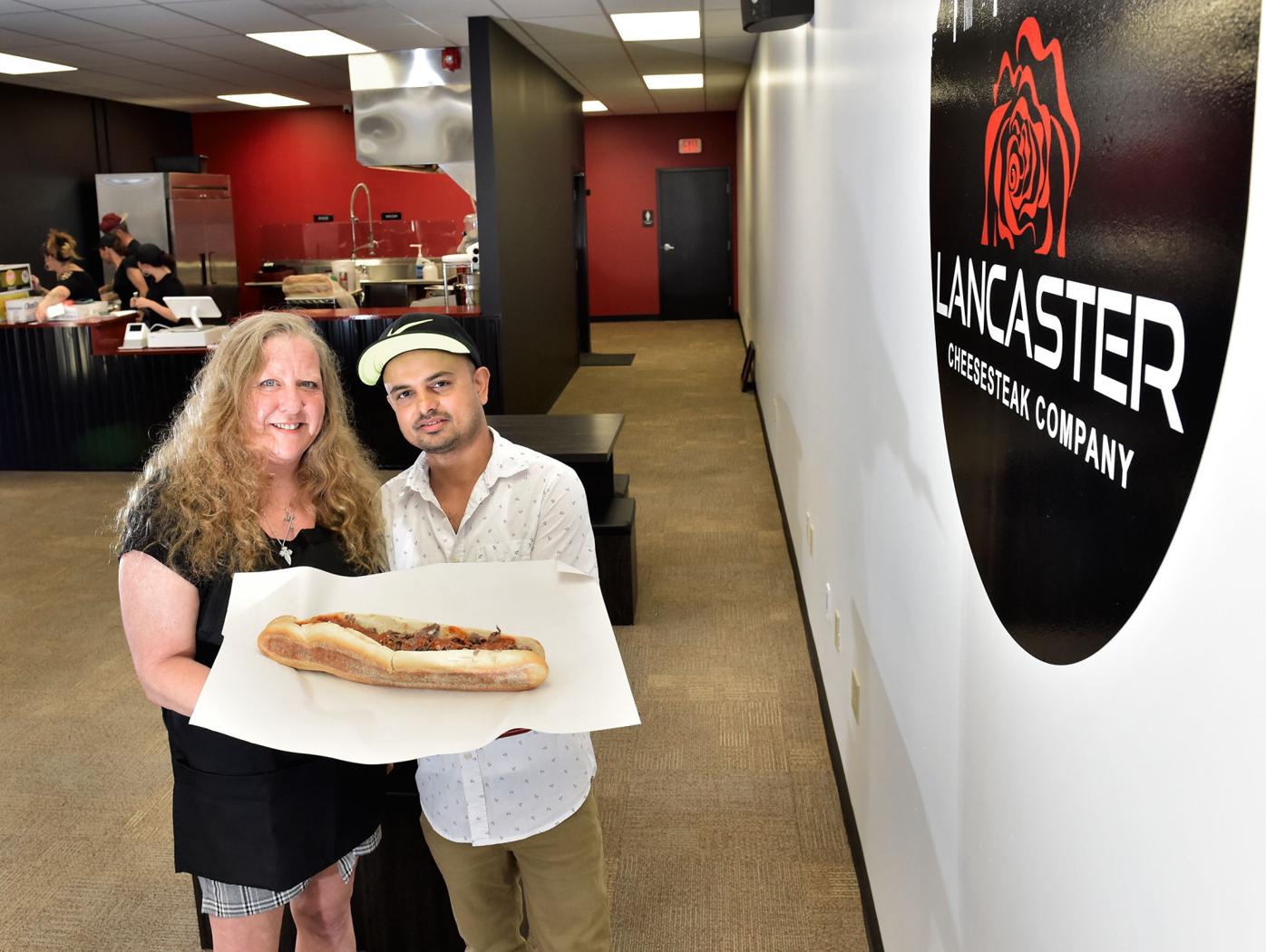 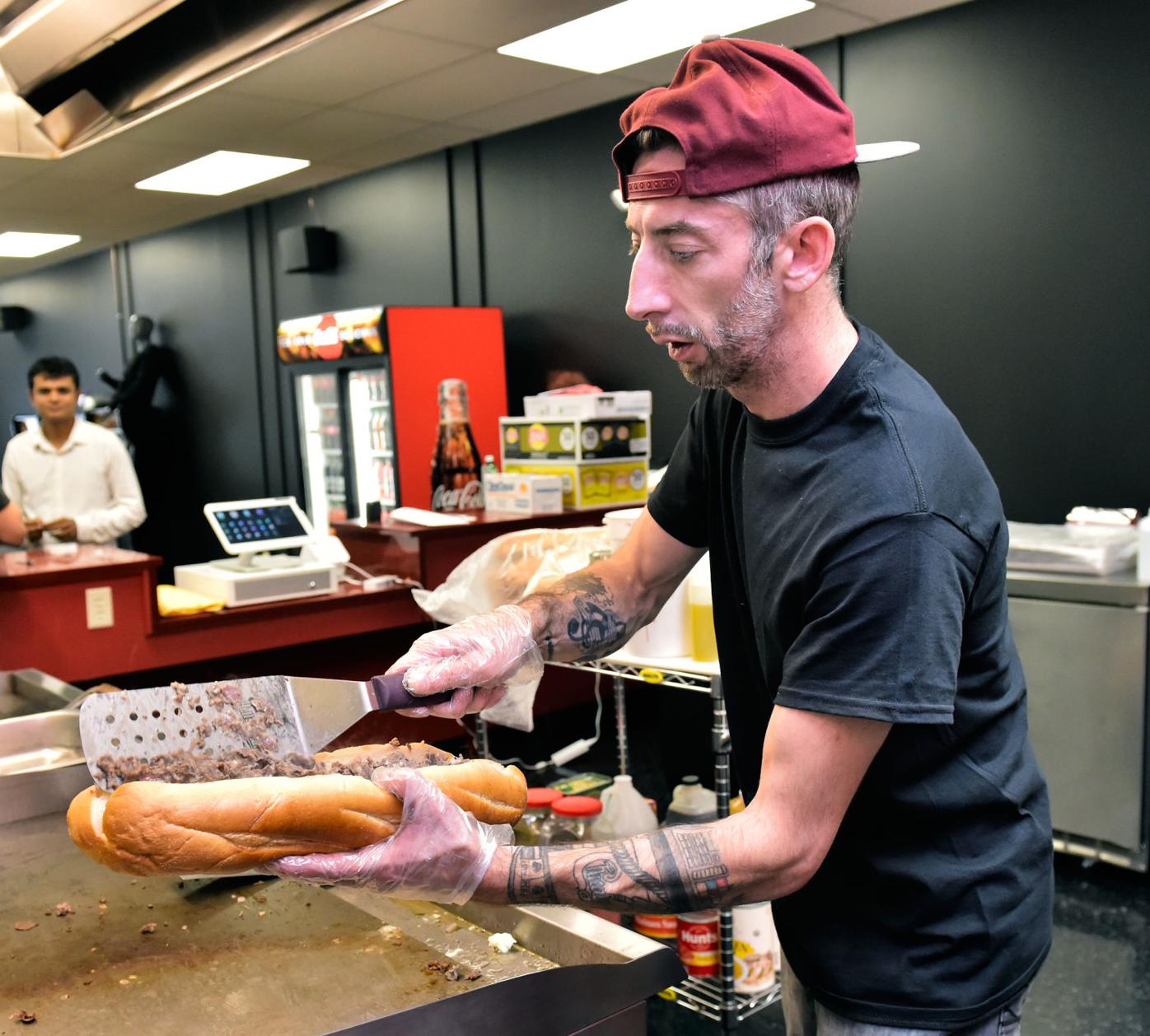 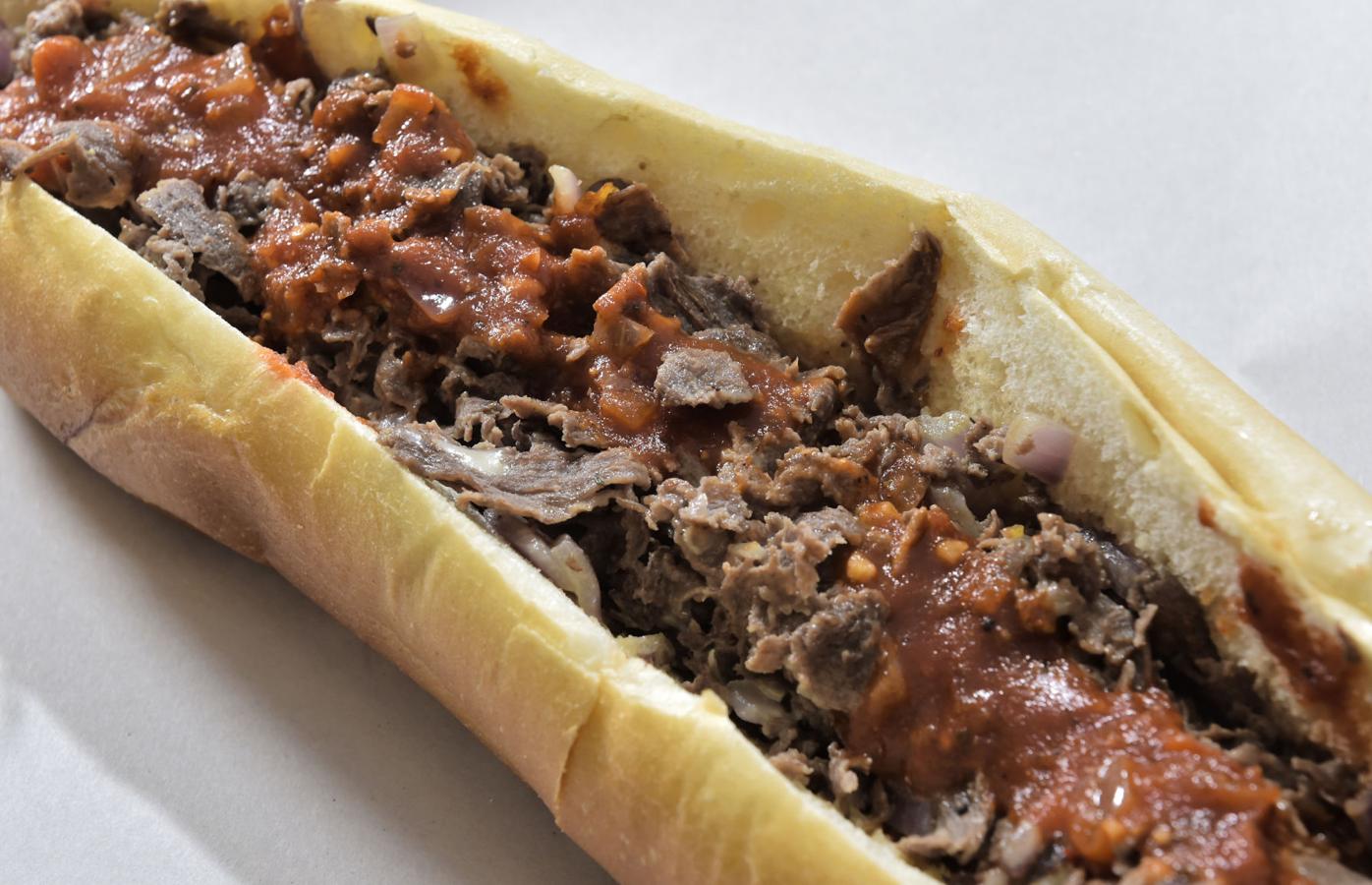 This cheesesteak, formerly offered by the closed Lancaster Cheesesteak Co., was one of a half dozen named after Lancaster city streets.

Lancaster Cheesesteak Co. has opened in downtown Lancaster with its namesake sandwiches as well as some traditional Lancaster County foods.

The restaurant at 43 W. King St. features a half-dozen cheesesteaks named for Lancaster city streets, including a traditional Italian-style cheesesteak with onions and red sauce and a chicken cheesesteak with mango chutney and curry sauce. The sandwiches are either 18 or 9 inches long.

Side dishes and desserts include potato and macaroni salads as well as red beet eggs, potato chips, shoo-fly pie and whoopie pies.

Lancaster Cheesesteak Co. is owned and managed by Faith Smith, who is partnering with Bala Adhikari, an owner of Namaste Restaurant in East Hempfield Township.

Smith, who was born and raised in Lancaster, has some experience working in restaurants but spent most of her career as a heavy equipment operator.

Before opening, the owners oversaw some $80,000 in renovations, which included putting in new kitchen equipment.

The restaurant eventually will have seating for around 40, with high-topped tables and a window counter added to some existing tables. There are six employees.

The restaurant features the work of local artists and Smith says she hopes to eventually host events such as karaoke or movie nights.

Lancaster Cheesesteak takes a space that recently had been an H&R Block location and was the longtime home of Jason’s clothing store. Jason’s closed in 2014 after more than 50 years in business.

Farbo Co., which sells a variety of board games and hosts gaming events, has moved its downtown Lancaster shop.

Cigar House, a retail cigar shop with a full bar, has opened next to Lancaster Central Market in downtown Lancaster.

Here's a look at the most-read stories on LancasterOnline.com between Aug. 5 and Aug. 11.

A new restaurant opened this week on the first floor of the downtown Lancaster Marriott, taking the space formerly occupied by Penn Square Grille.

Rue21 will be closing in early September at Tanger Outlets, where some other stores will be moving because of ongoing renovation work.

A new cheesesteak shop has opened in downtown Lancaster at the former home of Lancaster Cheesesteak Co.

Keystone Steaks has closed its downtown Lancaster sandwich shop and plans to open somewhere else in the spring.

The Steak Out Express opens in downtown Lancaster

The Steak Out, which has two cheesesteak shop locations in York, has opened an express location in downtown Lancaster.