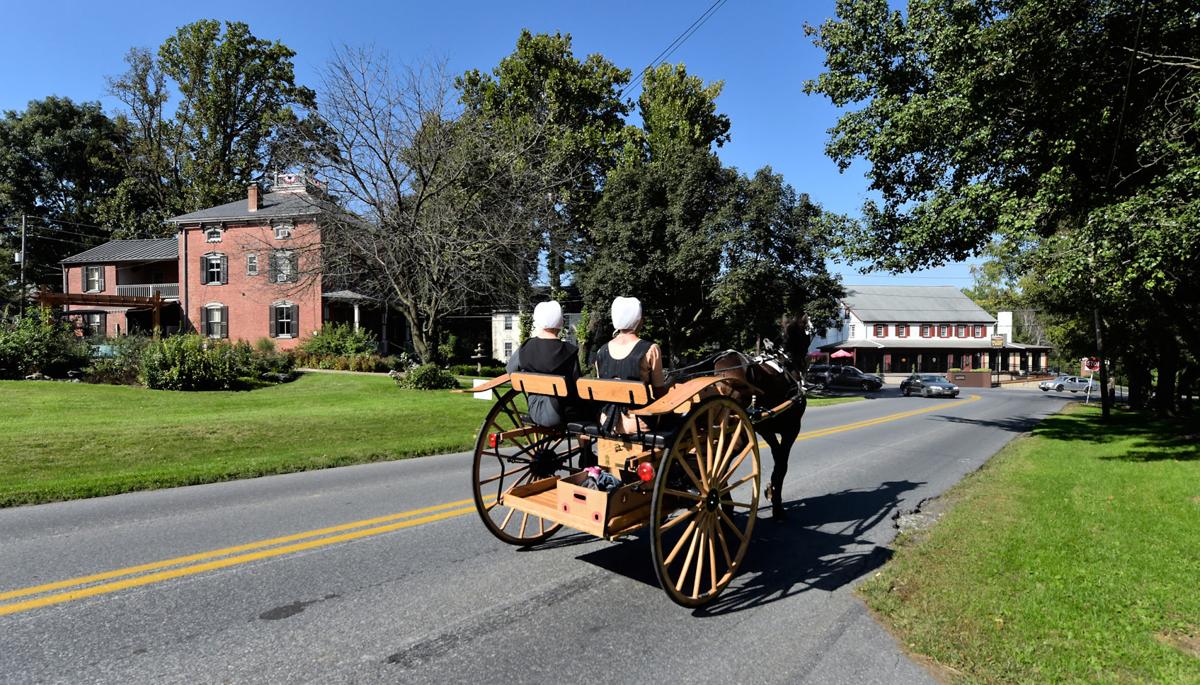 The Olde Oregon Farmhouse is pictured left along Creek Road as Reflections, right, sits on East Oregon Road in the village of Oregon in Manheim Township on Wednesday, October 3, 2018. 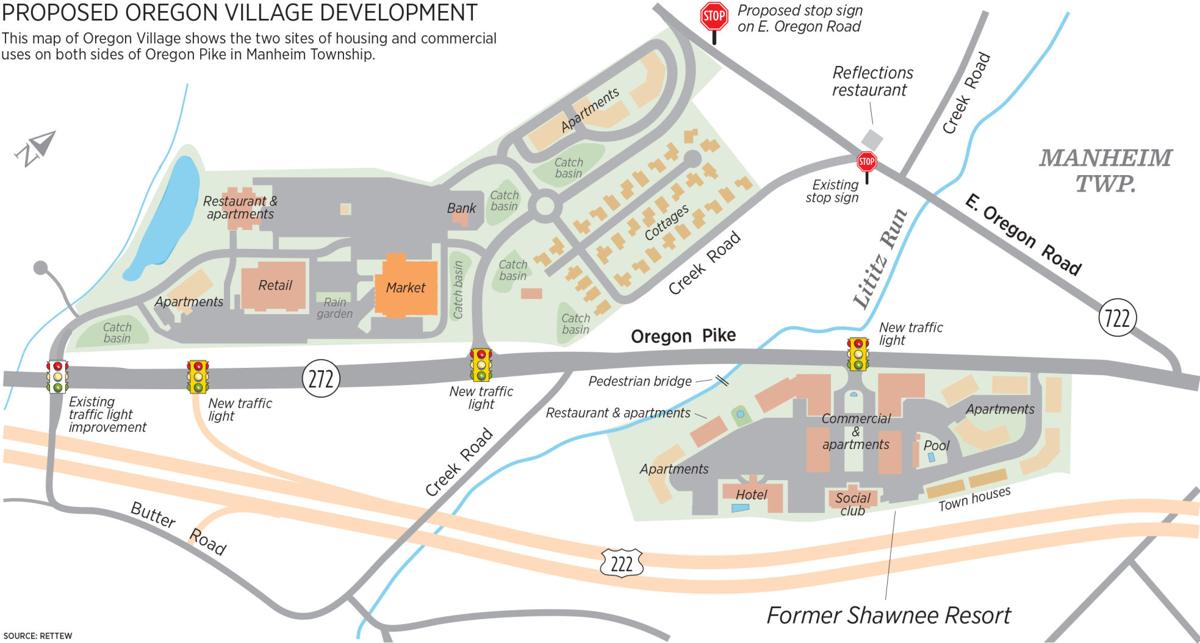 The Olde Oregon Farmhouse is pictured left along Creek Road as Reflections, right, sits on East Oregon Road in the village of Oregon in Manheim Township on Wednesday, October 3, 2018.

A Lancaster County Court judge has upheld the June 2019 decision of the Manheim Township Board of Commissioners to approve the proposed Oregon Village development as an allowable use of a prominent Oregon Pike property.

Judge Leonard Brown III denied an appeal filed by Mary Bolinger, owner of a nearby bed-and-breakfast, the Olde Oregon Farmhouse, who contended the commissioners failed to properly consider the project’s impact on her business.

But in his recent 13-page ruling, Brown indicated that Bolinger should have presented certain key evidence to the board during its 10-session public hearing on the developers’ conditional-use request that might have changed its mind.

“Based on this court’s review of the evidence presented, the Board did not err in approving the Application (for a conditional use) because the Project will not have an adverse effect on (Bolinger’s) bed-and-breakfast…,” Brown wrote.

“This court will not disrupt the careful balancing act the Board played in promoting sustainable property use and economic development, along with preserving the historic resources within and around the master site,” he wrote.

Oregon Village is a $120 million mixed-used development proposed in 2016 by the five Hurst brothers, who include the owners of Oregon Dairy on Oregon Pike.

The project would replace the Oregon Dairy supermarket and restaurant with larger facilities, develop farmland into homes and redevelop the idle Shawnee Resort site diagonal from the dairy into a 120-room hotel and more housing. In total, 554 housing units would be built.

The sweeping project – which drew the attention of The New York Times earlier this year -- has been controversial for several reasons.

Opponents say Oregon Village would result in traffic congestion, a loss of scenic farmland and lifestyle disruptions to neighbors, including Amish residents. The Hursts counter that the project is “smart growth,” as the site is within the county’s urban growth boundary and served by public water and sewer.

The project has had a political impact too. Two Republican commissioners who were part of the 3-2 vote in favor of the conditional use and who sought re-election a year ago were defeated by Democrats.

At issue during the public hearing was whether the board would allow the project as a conditional use of land that’s zoned for business but has a village overlay too. The overlay allows a mix of residential, office, commercial and hospitality uses.

(A conditional use is a use that’s allowed under a municipality’s zoning code if certain conditions are met.)

Whether Bolinger’s legal effort ends here remains to be seen. Her attorney, Bill Cluck, said Thursday that while he sees grounds for an appeal, Bolinger has yet to decide whether to pursue one.

Bolinger, owner of the five-bedroom property at 1383 E. Oregon Road, filed one of two legal challenges to the board’s decision. The other has been filed by the owner of a nearby restaurant, Reflections, and two nearby farmers. Their case is ongoing.

Bolinger alleged that the Hursts, in their master plan for Oregon Village, fail to “protect and preserve historical structures” with 200 feet of the project, as the overlay requires.

However, in his Oct. 27 ruling, Brown said the board did note that the Hursts say the project would reduce traffic on East Oregon and Creek roads, protecting historical resources along them.

“While (Bolinger) may desire for the Board to take greater action…,” Bolinger can’t argue that the board ignored the point, the judge wrote.

The businesswoman maintained that the board also erred by failing to require the Hursts to list her farmhouse, constructed in the 1860s, in the master plan as a historic site and therefore entitled to protection.

But Brown indicated that Bolinger came up short by not having her historic consultant establish the farmhouse’s historic value; the consultant only cited its inclusion in databases of historic sites. Nor did Bolinger establish how Oregon Village would hurt the “structural integrity” of the farmhouse, Brown said.

“Admittedly, (Bolinger) stated during her testimony that she does not know if there is going to be dynamite blasting, or how vibrations from blasting would impact her house,” the judge wrote.

Brown added that the conjecture of Bolinger and her consultant during the hearing failed to prove “to a high degree of probability” that Oregon Village “will adversely affect the public welfare in a way not normally expected from the type of use,” which is the zoning ordinance’s criterion for denying a conditional use.

Too busy enjoying the fall weather this weekend to get your dose of LNP | LancasterOnline? Not to worry, we got you covered.

City’s structural deficit is not sustainable [Special from Mayor Sorace]

Over the last five mayoral administrations in the City of Lancaster, a lot has changed, but four things have remained the same:

An interim township manager has been hired in Manheim Township, ending a two-month vacancy in the position.