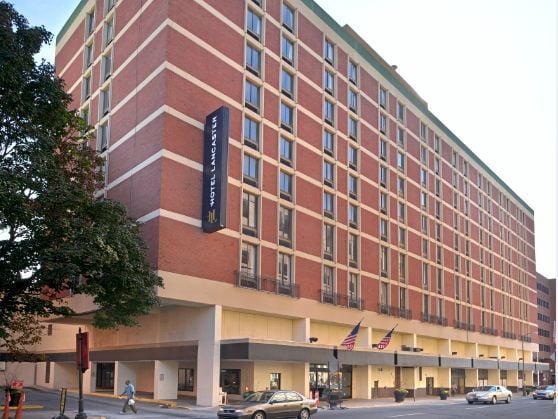 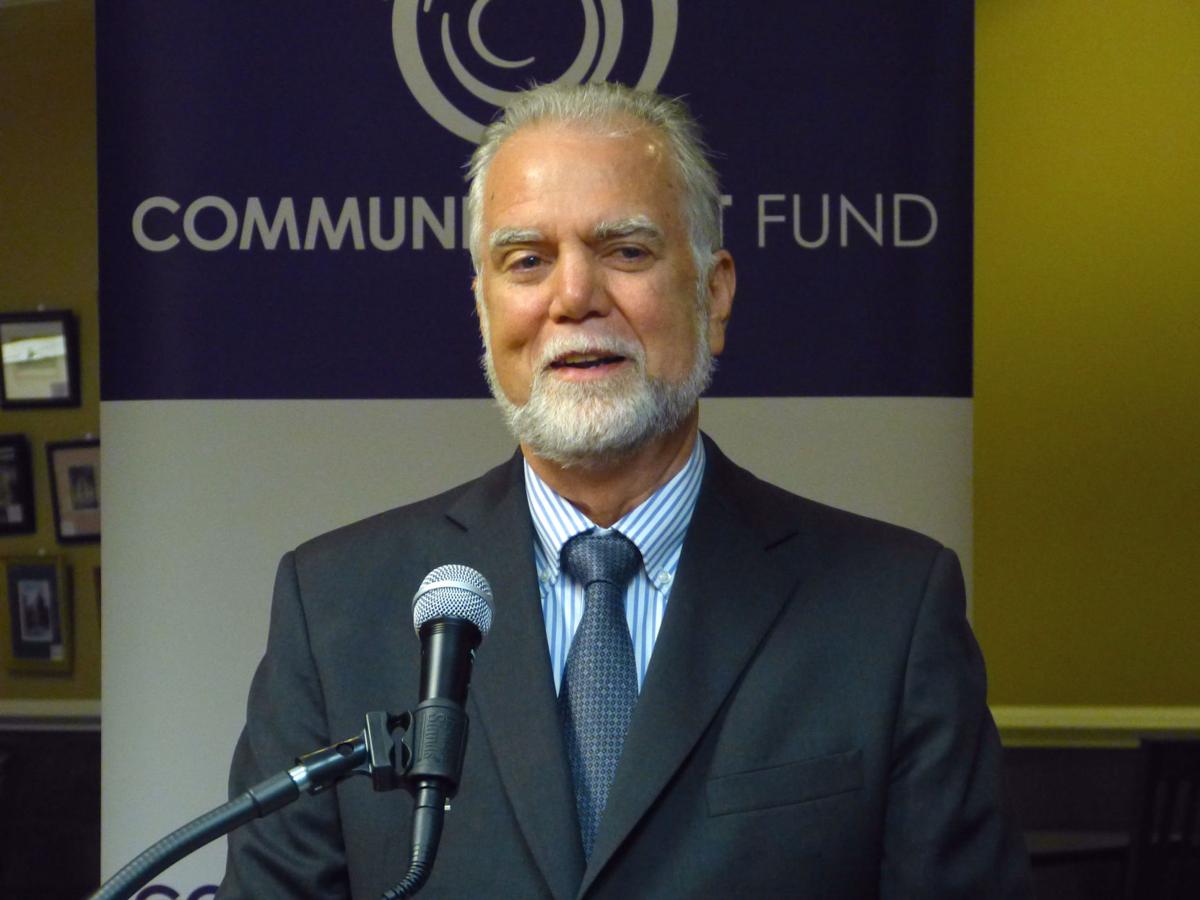 Developer John Meeder discusses financing for renovations to the Hotel Lancaster at a media briefing at the hotel Friday, June 1, 2018. 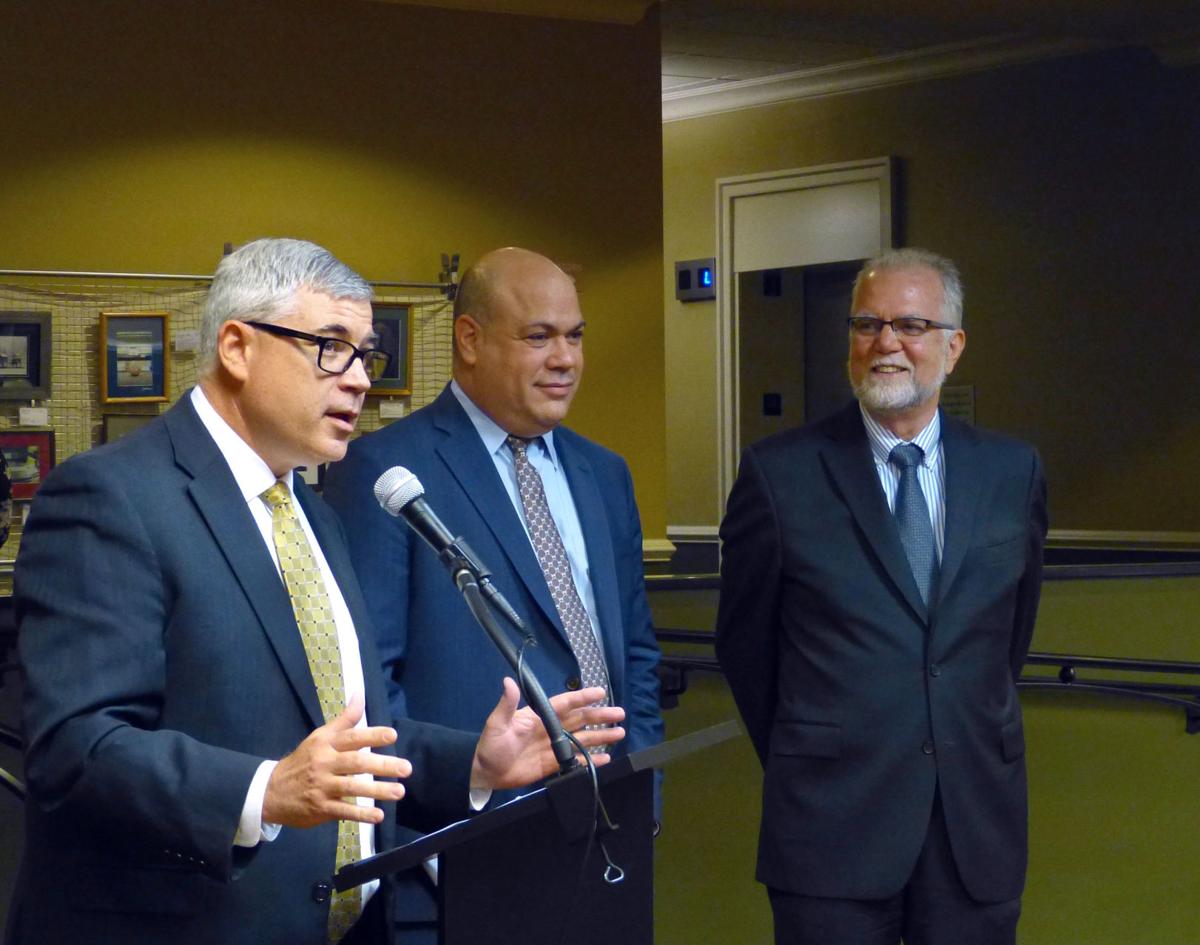 Developer John Meeder discusses financing for renovations to the Hotel Lancaster at a media briefing at the hotel Friday, June 1, 2018.

The owners of the Hotel Lancaster said Friday they have secured $23.4 million in financing, allowing the hotel’s planned renovation and rebranding as a Holiday Inn to move forward.

“We want to make this the best hotel in Lancaster city,” John Meeder, the hotel’s lead developer, said at a media briefing held to announce the deal.

The plan to rebrand was disclosed last summer. The arrangement unveiled Friday provides for the refinancing of the hotel’s acquisition costs and for roughly $16 million in renovations.

The hotel, which sits at the corner of North Queen and East Chestnut streets, is a vital component in the revitalization of Lancaster Square, said Dan Betancourt, president of Community First Fund, a nonprofit lender based in Lancaster and a key player in the financing.

“We are transforming that plaza,” he said.

When fully operational, the venue will have 66 new staff positions in addition to the 36 that exist now, Meeder said.

The hotel intends to hire locally and to be the best place to work in the county’s hospitality industry, he said.

Through the CRIZ, the hotel will be refunded a portion of its eligible state and local taxes, which it can use to pay debt service.

In addition, the CRIZ may eventually take over up to $1.5 million of the loan package so that the nonprofit lenders can reduce the amount of capital they have tied up.

Meeder said he and his partners have more than $4.5 million invested in the hotel themselves.

The Leola-based firm Calabrese Good Architects is handling the design and construction management for the upcoming work.

A restaurant with indoor and outdoor seating will be built at the hotel’s northwest corner. It will connect to the hotel lobby, which will be significantly enlarged, Meeder said.

Nearly 90 of the hotel’s 221 rooms are currently shuttered. They will be renovated and put in service.

The hotel pool will be refurbished and put back in operation, as will its extensive meeting and banquet space, most of which is now mothballed.

The changeover to the Holiday Inn brand is tentatively slated for early next year. Construction should wrap up around April, Meeder said.

The hotel has already undergone dramatic improvement since 2013, when Meeder and a group of investors took over what was then a rundown eyesore known as the Hotel Brunswick.

Initially leasing the property, they made renovations and re-opened under the new name, and bought the property the following year.

The hotel, the former Bulova building, and an abandoned annex all border Lancaster Square, a bungled urban renewal effort dating from the early 1970s that is getting a much-anticipated makeover.

A Pittsburgh developer is converting the Bulova building into a mixed-use complex called 101NQ, a project partly funded by federal tax credits secured through Community First.

The city, meanwhile, is beginning to develop plans for the plaza and annex. It is considering a parking garage for the latter site, possibly with additional components such as retail or housing.

Betancourt praised Meeder for his vision and tenacity in spearheading the hotel’s transformation.

**Initially, M&T Bank, with participation from Ephrata National Bank and Union National Bank, will provide $6.25 million in construction financing. The Building PA loan, forwarded through the Lancaster Economic Development Co., is provided after construction; it will pay off the three banks and become part of the long-term financing.

Curves and contours abound in the renovation envisioned for Lancaster Square — which will have a new name after its overhaul, too.