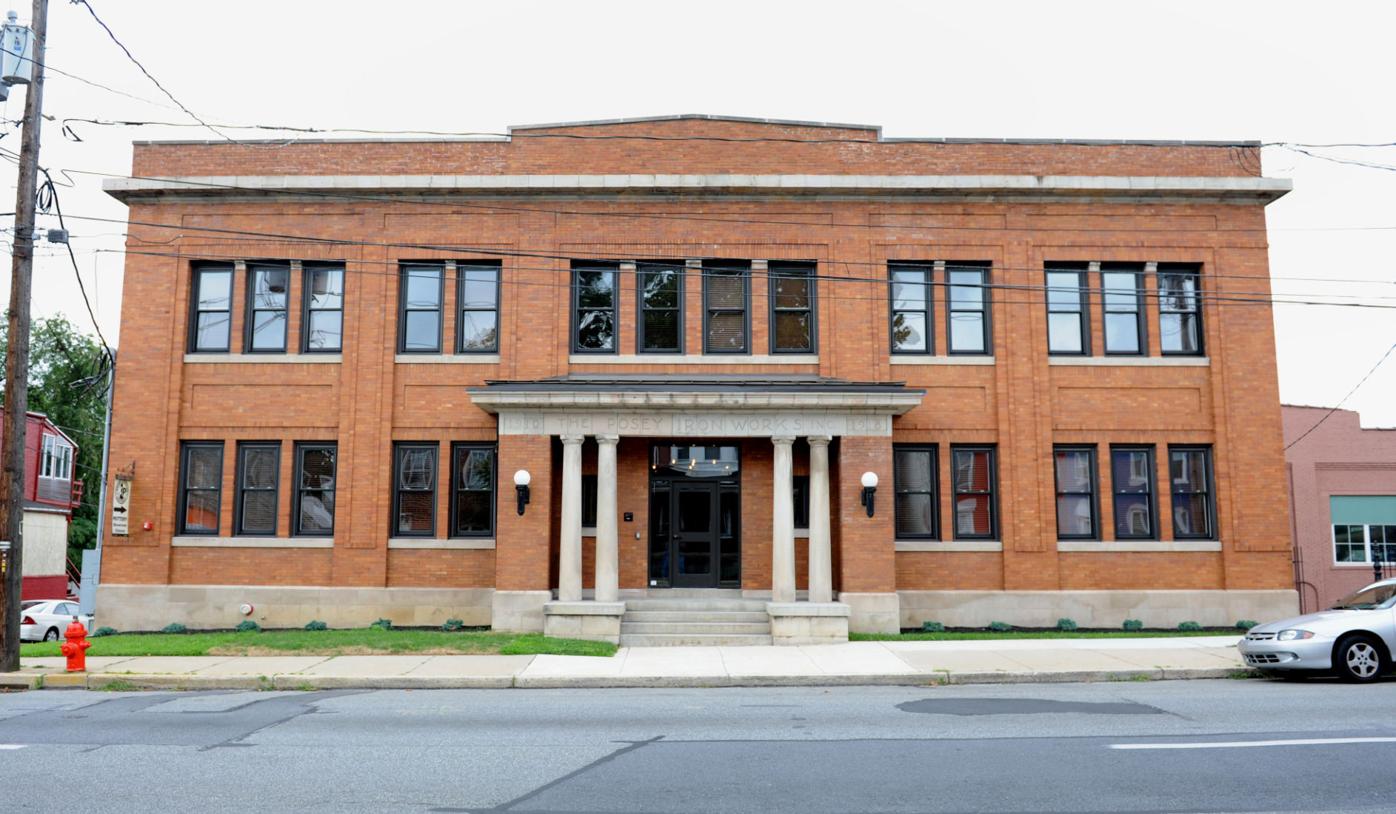 This is the facade of the old Posey Iron Works building, which now houses 11 apartments. 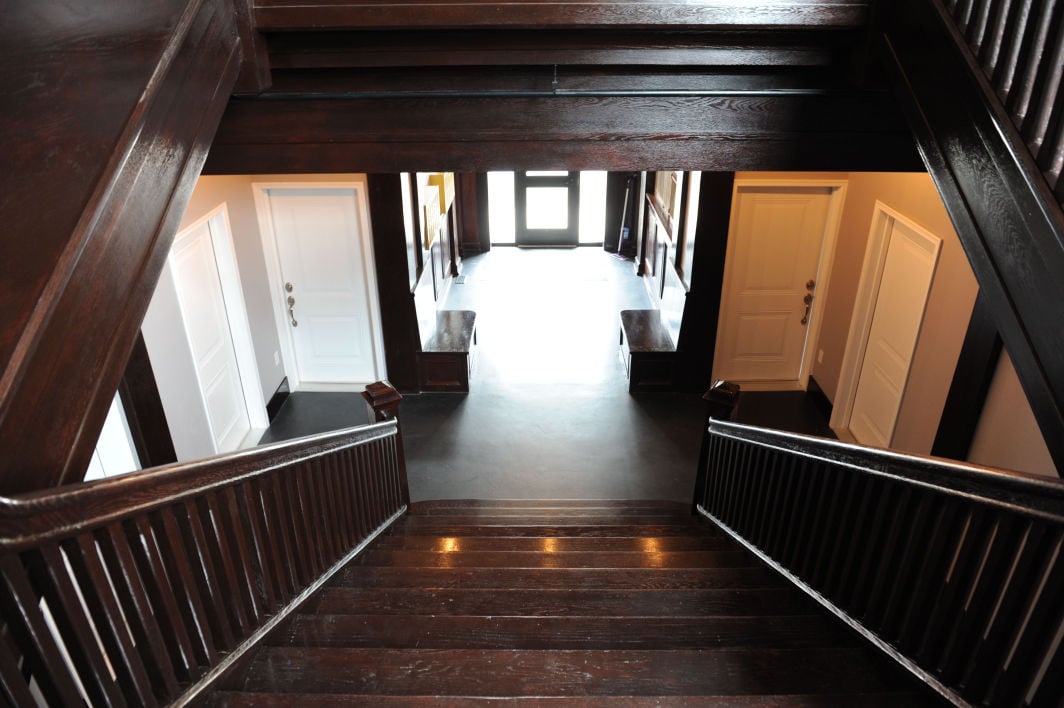 This is a view down the grand staircase in Lancaster Ironworks.

This is the facade of the old Posey Iron Works building, which now houses 11 apartments.

This is a view down the grand staircase in Lancaster Ironworks.

Known as Lancaster Ironworks, the project involved renovating the approximately 9,000-square-foot, two-story brick structure at 560 S. Prince St. into 11 apartments, with rents starting at $900 a month.

According to newspaper records, the edifice was designed by Lancaster architect Henry Y. Shaub and constructed in two sections, in 1910 and 1916. It features a grand staircase, wood paneling, concrete flooring and a steel substructure.

Posey Iron Works, which operated until 1983, manufactured pipe, piling steel and wrought iron for industry. Its pipes were used to dredge the Panama Canal, and it supplied the Army and Navy during both World Wars, newspaper accounts show.

Graeber purchased the site in 2011 for $81,000 and would not reveal the overall cost of the project.

The building was originally part of the 20-acre Keystone Opportunity Zone, with its tax incentives, but no longer. The only extensions to the designation were provided for vacant lots, such as those off South Water Street, Randy Patterson, Lancaster city’s director of economic revitalization and neighborhood redevelopment, said in an email.

Lancaster Mayor Rick Gray said he hasn’t been inside the renovated edifice but the outside “looks 110 percent better than it did before.”

“Lord knows we need more housing,” he said. “It’s a welcome addition to the neighborhood and the city.”

Lauren Morrow, property manager of Lancaster Ironworks, said one tenant will be moving in Aug. 15 and a second one Sept. 1.

She said the building’s original pipework was retained, and the grand staircase was varnished and refinished.

The structure is sprinklered and features new energy-efficient heating and cooling systems, Morrow said. Plus, the secure entrance is key-coded.

A common laundry room — with three washers and three dryers — is in the basement. Basement storage also is available for $45 a month, Morrow said.

To reserve a space in the parking lot costs $30 a month, she said.

The building’s steel and concrete skeleton helps reduce noise, Morrow said. And no two units are the same.

“They all have a little bit different layout.”

Among the new modern finishes are tile in the bathrooms, granite countertops, granite or ceramic sinks and stainless-steel appliances, Morrow said.

A dishwasher, refrigerator and electric oven/range are standard. Some of the kitchens include islands, and some of the bedrooms boast walk-in closets.

The kitchens are either galley- or European-style, she said.

There’s no carpet in the apartments, Morrow said. Two of them feature bamboo flooring.

Out front, the developer installed a sidewalk and added landscaping, she said.

Among others, Lancaster Ironworks is expected to attract “urban, young professionals,” Morrow said. The project has a website, lancasterironworks.com, as well as a Facebook page.

Paula Wolf is a Lancaster Newspapers staff writer who covers real estate and local colleges and writes a weekly sports column, Wheelchair Quarterback. She can be reached at pwolf@lnpnews.com or (717) 291-8692. You can also follow @pywolf on Twitter.