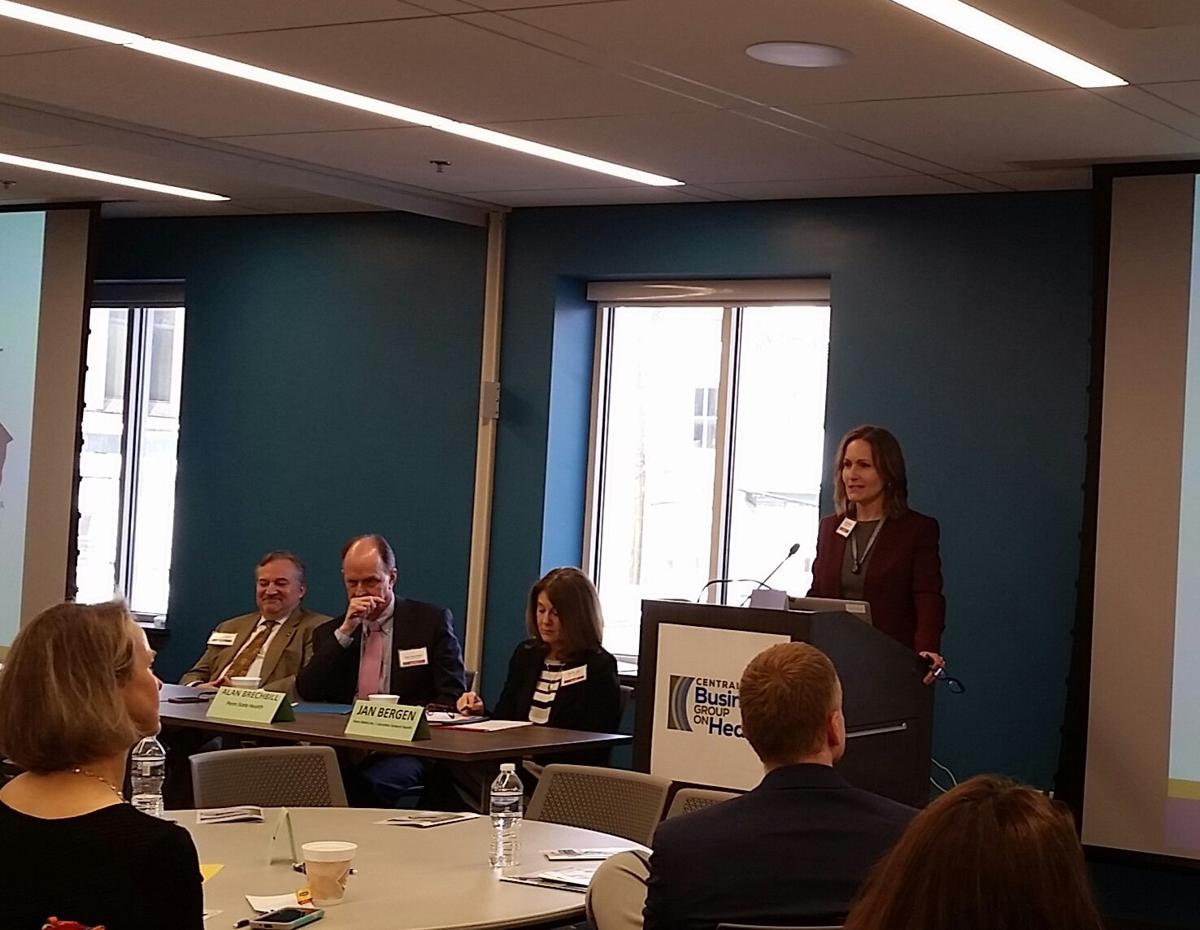 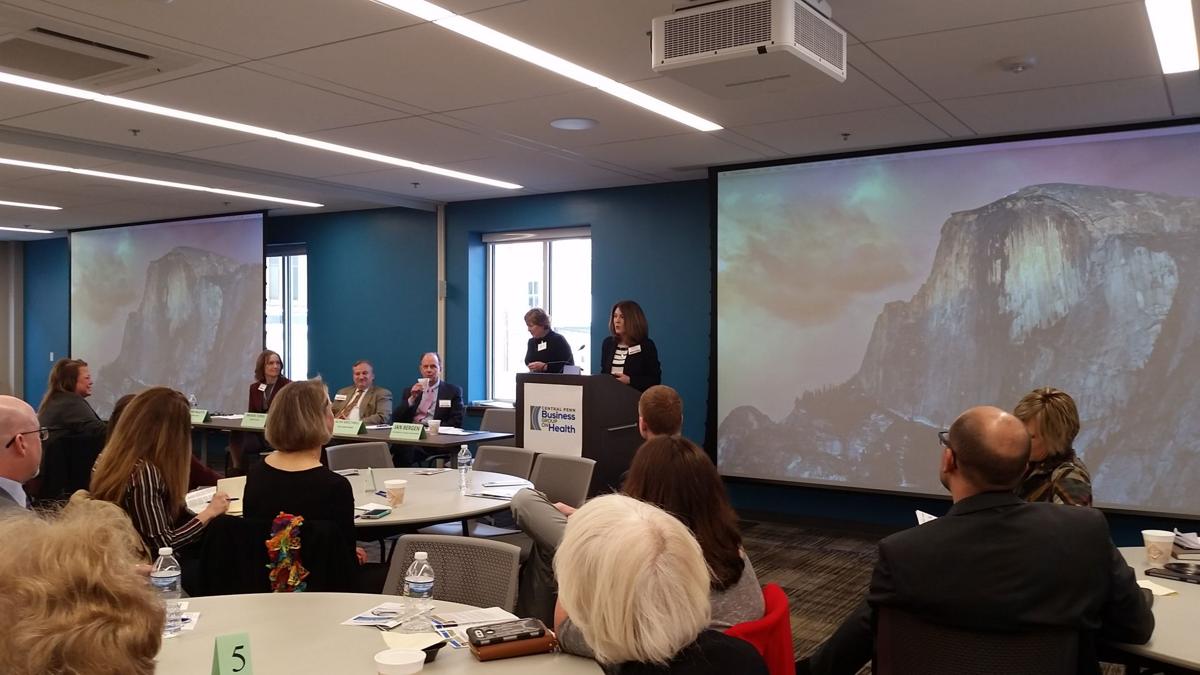 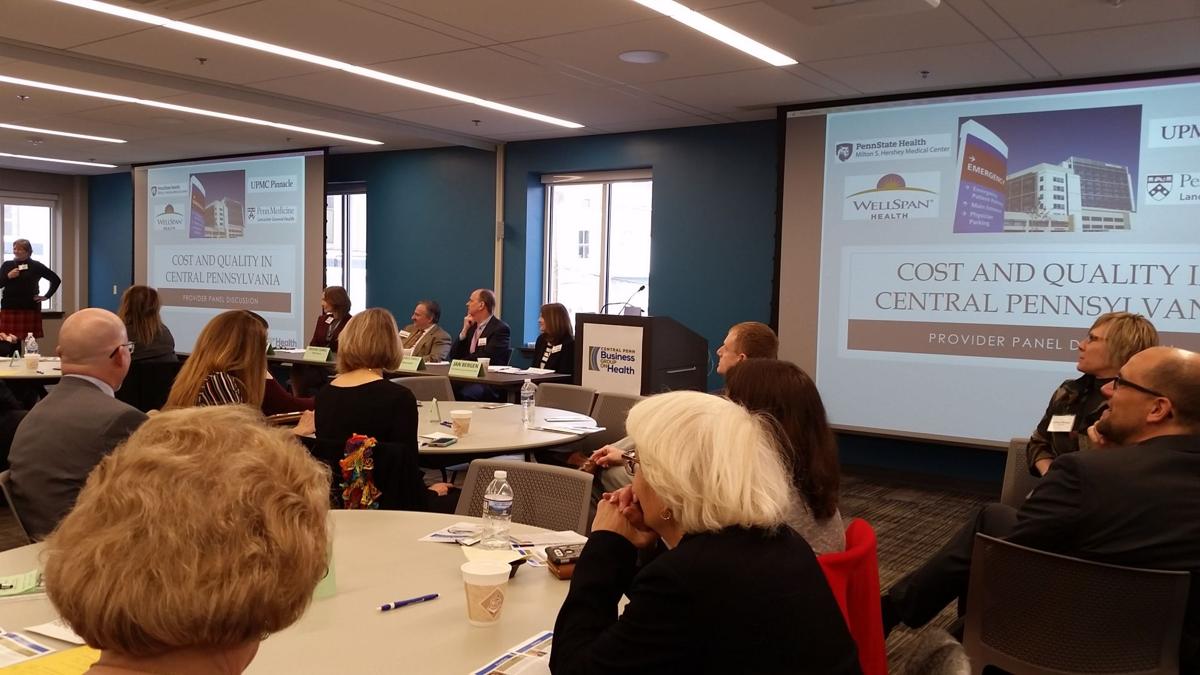 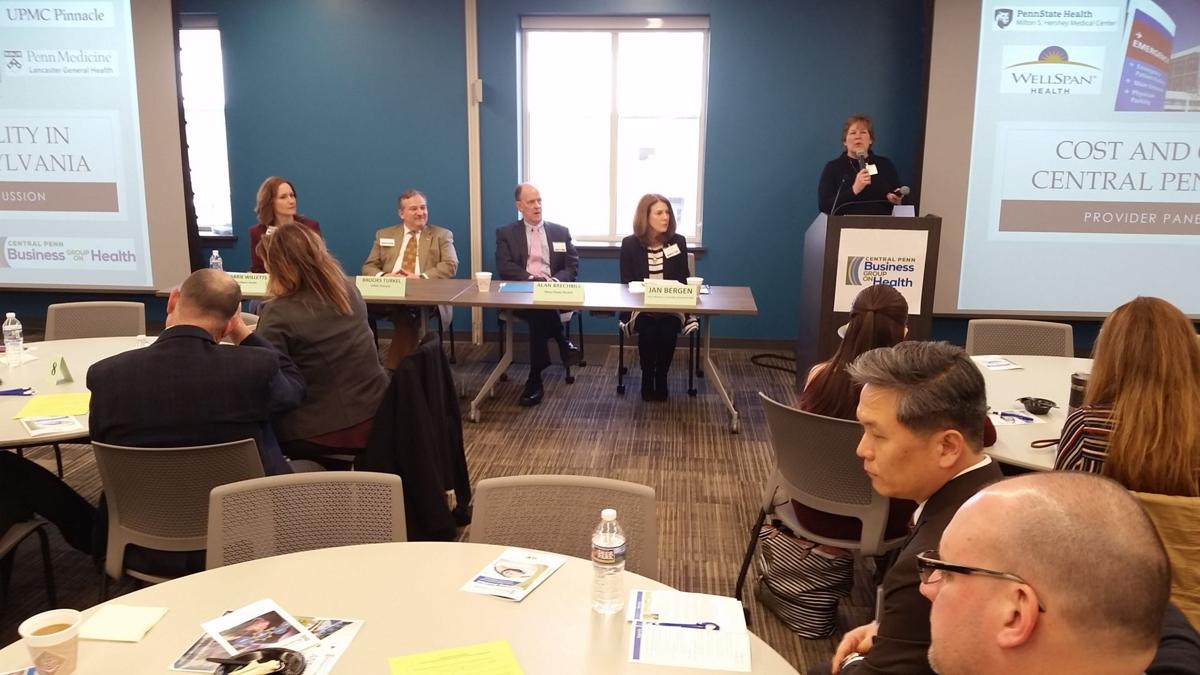 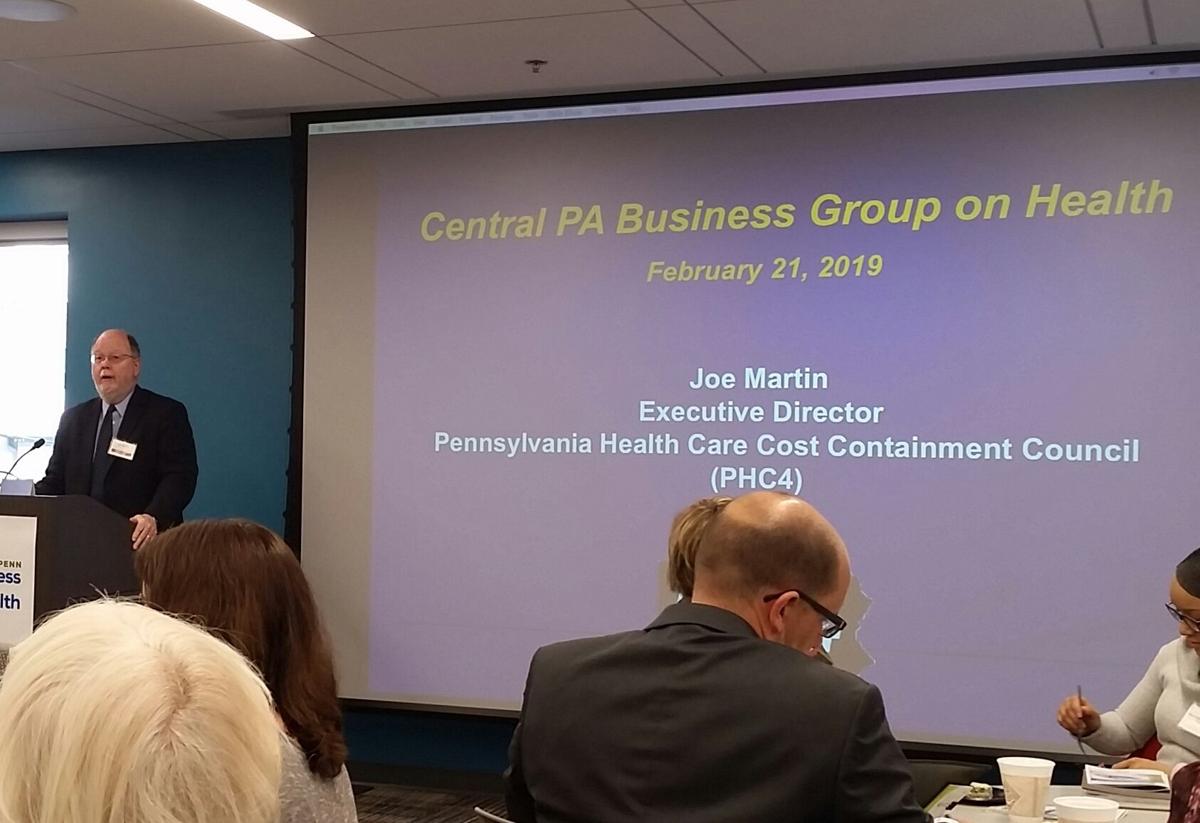 Local businesses and employees are paying too much for health care and want a simpler, more transparent system.

That was the overwhelming message business leaders shared Thursday in a rare forum with leaders of all four of Lancaster County’s major health systems.

The three-hour meeting — attended by close to a hundred people — was organized by the nonprofit Central Penn Business Group on Health, an independent Lancaster Chamber affiliate.

Here are four main takeaways from the discussion.

Employers were asked to discuss their health care challenges in small groups, then summarize them to the health system leaders.

Responses from the dozen groups were nearly unanimous: Health care costs too much for them and their employees, administering and using the plans is too complicated, and they’re looking for more transparency and more control.

Jan Bergen, president and CEO of Penn Medicine Lancaster General Health, said mergers and acquisitions also often raise costs instead of lowering them — but that joining Penn Medicine didn’t “alter our cost structure in any way.”

Alan Brechbill, executive vice president and COO of Penn State Health, said it argued a couple of years ago that affiliating with what used to be PinnacleHealth could lower costs in the region, but the Federal Trade Commission didn’t allow that deal.

Brooks Turkel, president of UPMC Pinnacle Lancaster division, said in closing its Lancaster city hospital at the end of the month, UPMC Pinnacle is also giving up an open heart surgery program here, avoiding “the duplication of a very expensive service.”

Keeping people out of hospitals

Asked about what they’re doing to address high costs, the health system leaders repeatedly noted efforts to keep patients out of hospitals and emergency rooms when less-expensive care is appropriate, and to prevent and manage chronic diseases.

“You’re swimming upstream if you don’t have your employees connected with a primary care practice,” Bergen said.

Turkel said UPMC’s approach centers on its health plan and providers working together.

Brechbill noted that his system has been partnering with insurer Highmark for more than a year and working hard to expand offerings beyond its academic medical center in Hershey.

“I think you’re going to see more of us in the future,” he said.

He said in the past seven years, hospitals in the area have tackled tough problems and seen significant decreases to in-hospital deaths for six conditions, and on readmissions for seven conditions.

“It’s something that should be looked at in this area,” he said.

Second lady Karen Pence will be in Mount Joy on Wednesday

Older adults and their families often wonder: Where’s the best place to recover after a hip or knee replacement — at home or in a rehabilitati…

Private health insurance plans in 2017 paid more than twice what Medicare would have for those same health care services, says a sweeping new …

Two local hospitals plunged into the red in their first year as part of nonprofit UPMC Pinnacle, according to the Pennsylvania Health Care Cos…

Why Some CEOs Figure ‘Medicare For All’ Is Good For Business

EASTON, Pa. — Walk into a big-box retailer such as Walmart or Michaels and you’re likely to see MCS Industries’ picture frames, decorative mir…

Shopping around for the best deal on a medical X-ray or a new knee? The Trump administration has a plan for that.

Colorado’s ski resort areas in Summit County have a high cost of living, among the highest in the country. The people who visit these places —…

To Save Money, American Patients And Surgeons Meet In Cancun

Ferguson gets her health coverage through her husband’s employer, Ashley Furniture Industries. The cost to Ashley was less than half of what a knee replacement in the United States would have been. That’s why its employees and dependents who use this option have no out-of-pocket copayments or deductibles for the procedure; in fact, they receive a $5,000 payment from the company, and all their travel costs are covered.

The politics of health care are changing. And one of the most controversial parts of the Affordable Care Act — the so-called Cadillac tax — ma…

Walmart To Give Workers Financial Incentives To Use Higher-Quality Doctors

Worried its employees aren’t getting good enough care from doctors in their insurance networks, Walmart next year will test pointing workers in northwestern Arkansas, central Florida and the Dallas-Fort Worth area toward physicians it has found provide better service.

Lancaster County no longer has Pennsylvania's most expensive healthcare.gov premiums

In 2017 and 2018, Lancaster had the highest healthcare.gov premiums in the state.

Hospital boards are required to hold one public meeting annually, and the three in Lancaster County have scheduled theirs for 2019 before the …

Do 160 Million Americans Really Like Their Health Plans? Kind Of

Articulating his proposal for health care reform, former Vice President Joe Biden emphasized the number of Americans who, he said, were more t…

Kristie Flowers had been sick with the flu for four or five days in July before the 52-year-old registered nurse from Genoa, Colo., acknowledg…

Executives for Lancaster-area hospitals and the regional nonprofit health systems that operate them earned a combined $7.05 million in the mos…