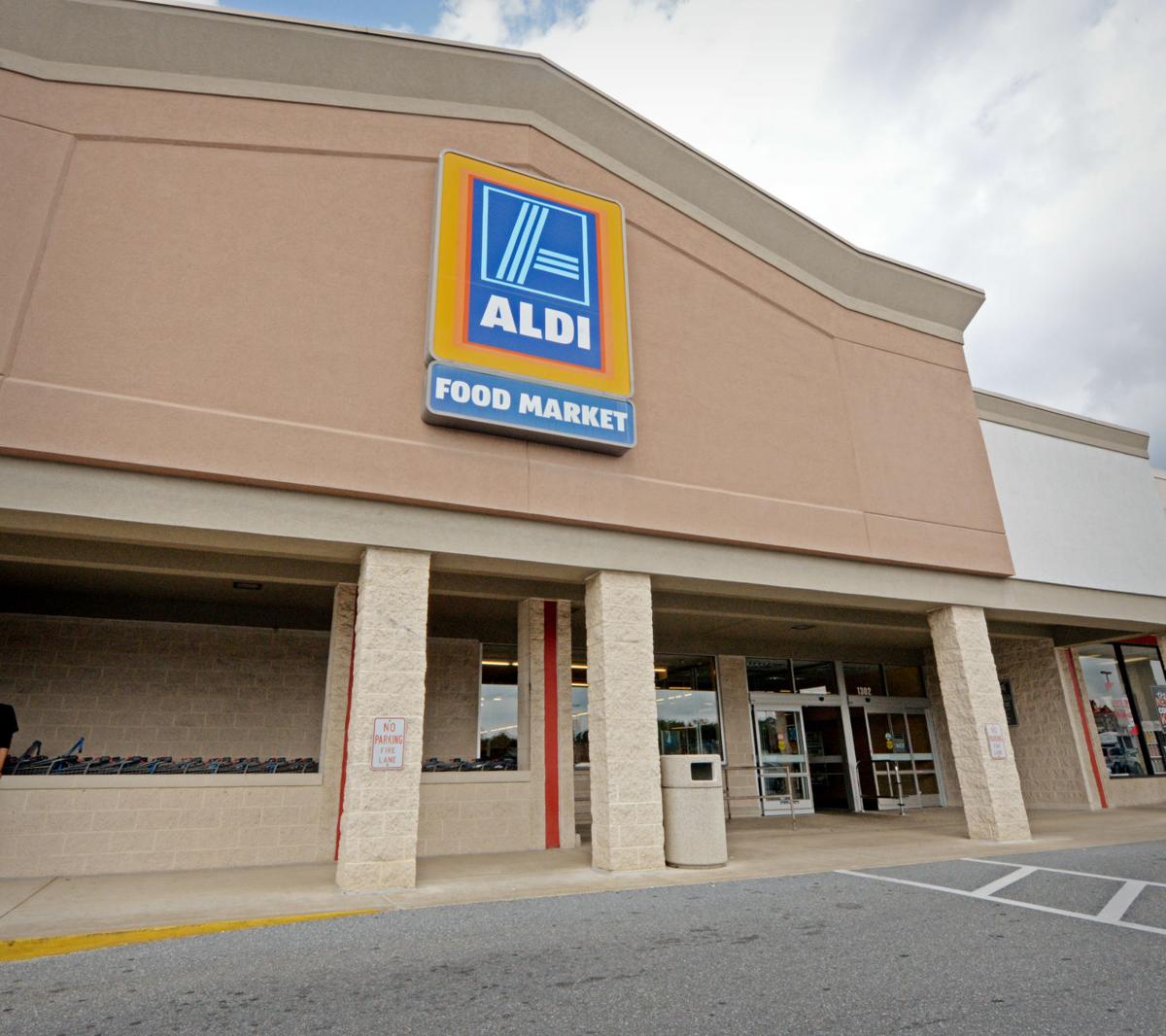 This Aldi store in the Golden Triangle on Lititz Place will be replaced by one of two new Aldi stores under construction here. 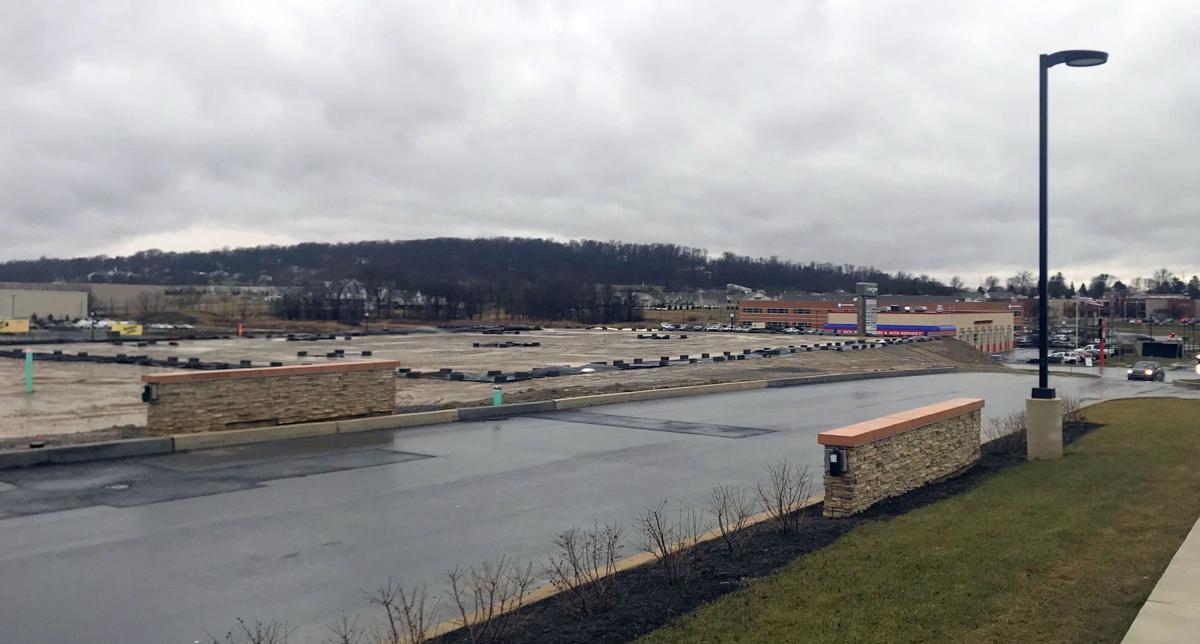 Site work has begun for a new Aldi store in Lime Spring Square on Embassy Drive off Rohrerstown Road. 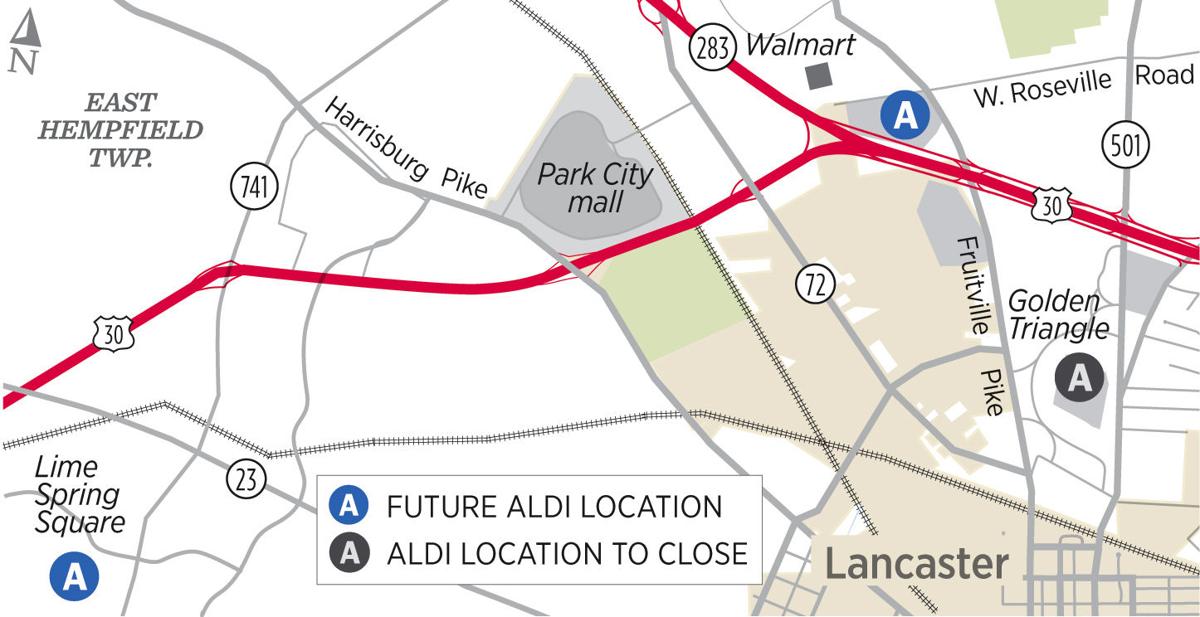 Upscale chains Wegmans and Whole Foods aren’t the only supermarket operators that see Lancaster County as the land of opportunity.

The same holds true for a chain at the other end of the supermarket spectrum — Aldi, the German-based discounter best known for its low prices and no-frills approach.

Aldi is replacing its Golden Triangle store, which is its smallest and oldest location in Lancaster County, with a store in part of the former Kmart space on Fruitville Pike.

The new location in the northern suburbs will be more than four times larger and more accessible. It will open in May, according to employees.

Aldi also is developing a store in Lime Spring Square off Rohrerstown Road, opposite the Stauffers of Kissel Hill garden and home decor center.

This location will give Aldi its first presence in the western suburbs. It will open in August or September, employees say.

Aldi also has stores in Ephrata Township on Route 322 and in East Lampeter Township on Lincoln Highway East in Mill Creek Square.

Aldi declined to provide much information to LNP about its expansion plan for the Lancaster area. In a statement issued through a spokesman, Aldi Vice President Bob Grammer said only:

“We are excited to share Aldi will open two stores in Lancaster this year. We will be in touch with more specific details closer to the opening dates.”

The spokesman declined to specify the locations.

However, township building permits disclosed the addresses. The number of jobs to be created by the new stores was not available, but other Aldi locations that size employ about 15 to 20 people.

When Aldi, Wegmans and Whole Foods studied Lancaster County, they reached the same conclusion despite their wildly different styles of operating.

Wegmans and Whole Foods, regarded as industry heavyweights, opened Lancaster stores in 2018, believing they can carve out a sizable slice of the county’s $1.4 billion grocery market for themselves.

Wegmans has a 120,000-square-foot store with both staples and gourmet items, plus prepared foods, in a classy presentation. Whole Foods, in 40,000 square feet, offers natural and organic items as well as prepared foods.

Aldi, on the other hand, has been here since 2008. It has captured a mere 1 percent, or $13.8 million, of the local market annually, based on a trade publication’s research. But Aldi too believes it can do better.

Its new stores are about half the size of a Whole Foods, a sixth the size of Wegmans. Its presentation is bare bones. Products are displayed in their shipping cartons. Its stores lack the size to offer the depth or breadth of traditional supermarkets.

But its low prices, savvy mix of products, high-quality private brands and well-organized stores have made it a winner, one expert says.

“I think Aldi is best in class (among discounters),” said Jeff Metzger, publisher of Food Trade News, which produces an annual report on the industry here and across the region.

“In a retail field that’s overstored, very diversified and very logjammed, Aldi has created a niche and a following, and they’ve been able to grow market share,” he said.

Trade publication Supermarket News agrees that Aldi is formidable; the publication named Aldi its Retailer of the Year in October.

Aldi’s expansion here -- part of a national push to grow its U.S. network from 1,600 stores to 2,500 stores by year-end 2022 while remodeling 1,300 existing stores -- follows two years of seismic change to traditional supermarkets in the county.

Giant then began converting the North Reservoir Street store into a home-delivery depot and took over the Willow Street Darrenkamp’s.

While the chains were adjusting their physical footprints, their services were evolving too. Some Giant and Weis locations added beer and wine cafes, and Giant, Weis and Stauffers introduced home-delivery options.

In contrast, Aldi’s corner of the food-retailing business has been comparatively quiet over the past two years. Most notably, another German discounter, Lidl, announced plans for two stores here, then pared it to one, on Columbia Avenue. Construction has yet to begin.

Aldi came to Lancaster by opening a 5,000-square-foot store at the Golden Triangle, 1302 Lititz Pike. The new store will be 1.5 miles away at 1884 Fruitville Pike, next to At Home, and measure 24,000 square feet, according to Manheim Township records. The cost to convert the former Kmart space is $900,000 (excluding equipment).

The 2210 Embassy Drive store in Lime Spring Square, behind the Starbucks and Firehouse Subs building, will measure 22,000 square feet, according to East Hempfield Township records. The cost to construct the building is $2 million (excluding equipment).

A new Aldi is opening Thursday in Ephrata, following a renovation of the former CK Sportswea…

Last year, when Lidl unveiled how it would open stores in the U.S., the German grocery chain…

The past year has brought some big changes to the retail landscape in Lancaster County.

Lancaster Homebrew has opened in a new spot in Manheim Township.

A major Lancaster developer wants to rezone nearly 100 acres of farmland at State Road and Harrisburg Pike near Route 283 in East Hempfield Township.

Construction of 2 Aldi stores progressing toward spring and summer openings

Sandra Tucker had been a loyal customer of Giant’s Lancaster Shopping Center store for years.