Grauer's Paint & Decorating is moving to a new space at 738 Rothsville Road, Lititz. 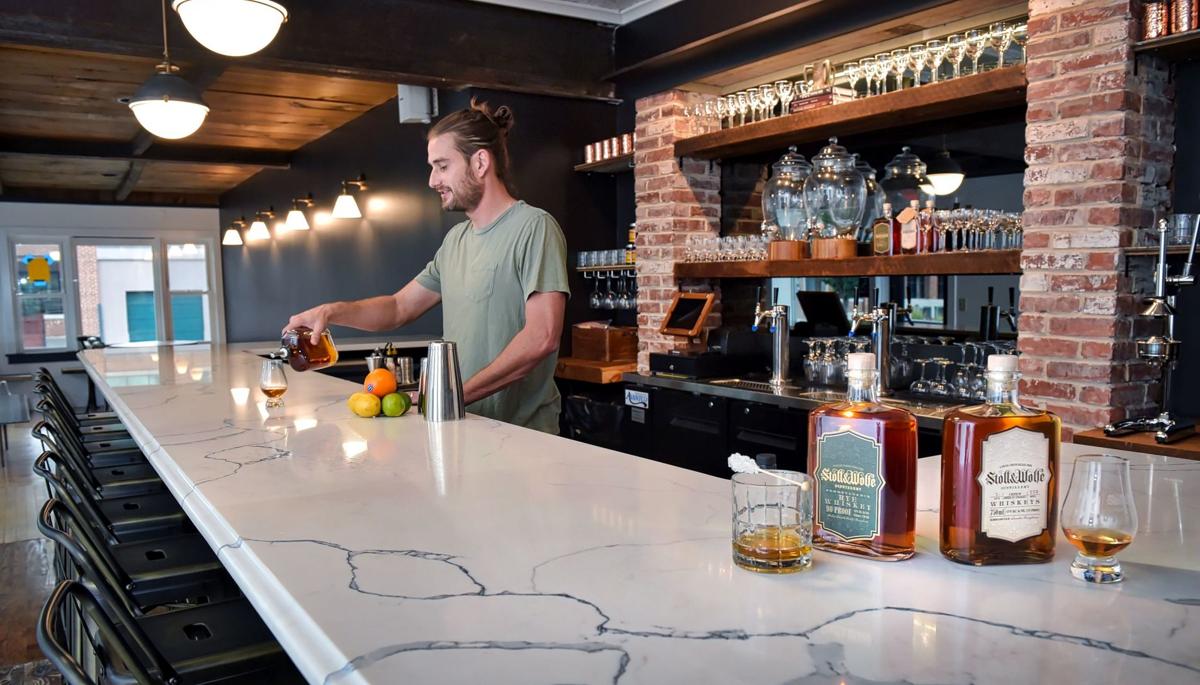 An LNP photo from October 2017 shows Erik Wolfe behind the bar at the distillery's newly-opened Stoll & Wolfe distillery tasting room in Lititz.

Grauer’s Paint & Decorating is closing its Lititz store Friday, Sept. 4, and will reopen four days later on the eastern edge of town.

For Grauer’s, the move from 35 N. Cedar St. to a 2,500-square-foot building at 739 Rothsville Road gives the store about 25% more space as well as more visibility and expanded parking.

The new store will continue to offer painting and decorating services but will have more room overall as well as a new, sunlit showroom.

Grauer’s also has stores at 1941 Lincoln Highway East and in Wyomissing.

Stoll & Wolfe, a distillery and tasting room, is postponing its planned move into the Lititz space currently occupied by Grauer’s Paint & Decorating.

It had previously planned to expand into the adjacent space when it became available, but due to the “current economic climate,” those plans are on hold, according to Erik Wolfe, an owner of the distillery.

“We’re still eyeing plans for expansion but waiting until we have a better idea of the severity and duration of the virus,” Wolfe said.

After leaving Shops at Rockvale, Pottery Barn to open Sept. 4 at Tanger Outlets

Twice Found will be closing in downtown Lancaster and consolidating at its location along Lititz Pike near Lancaster Shopping Center.