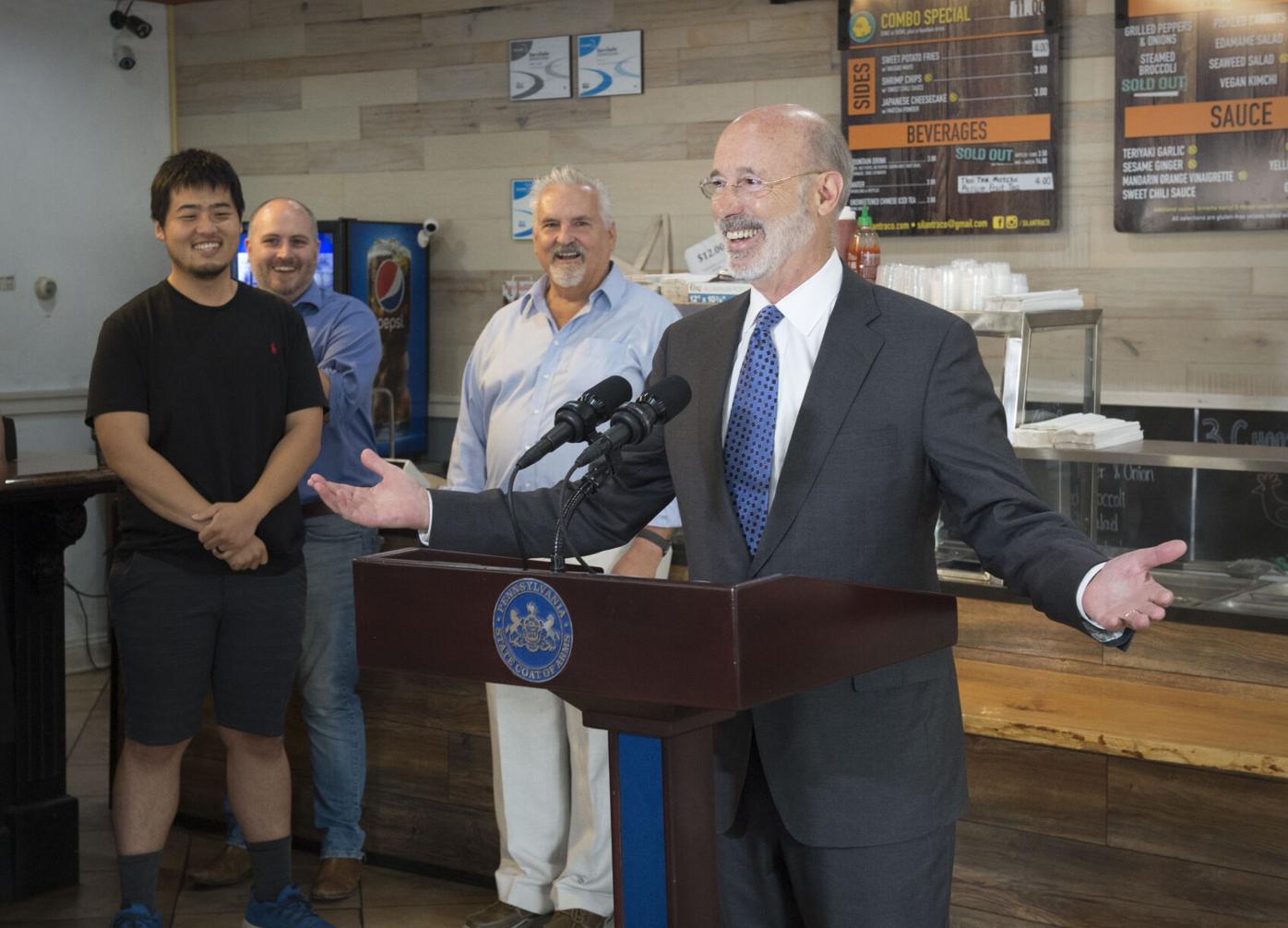 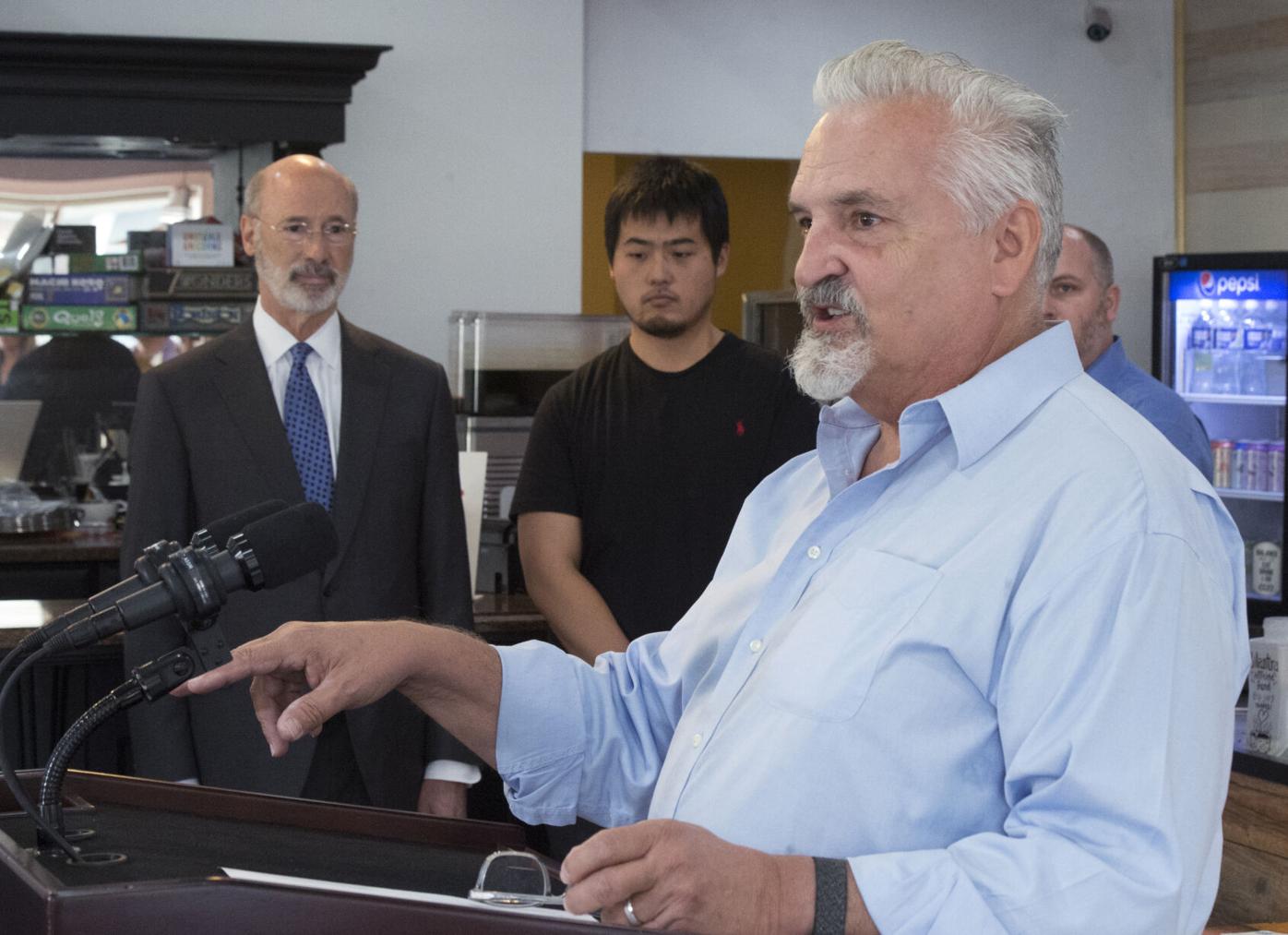 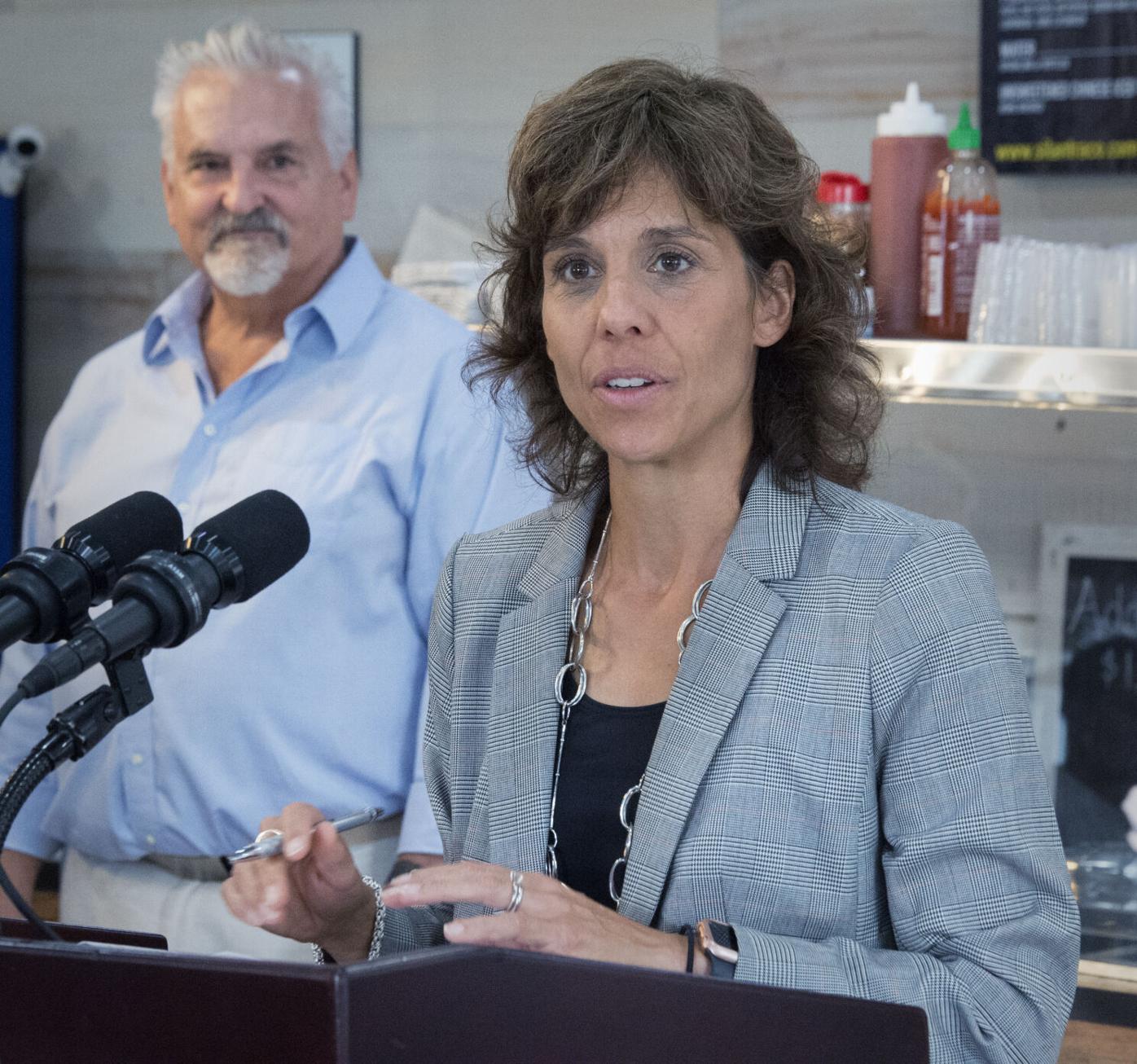 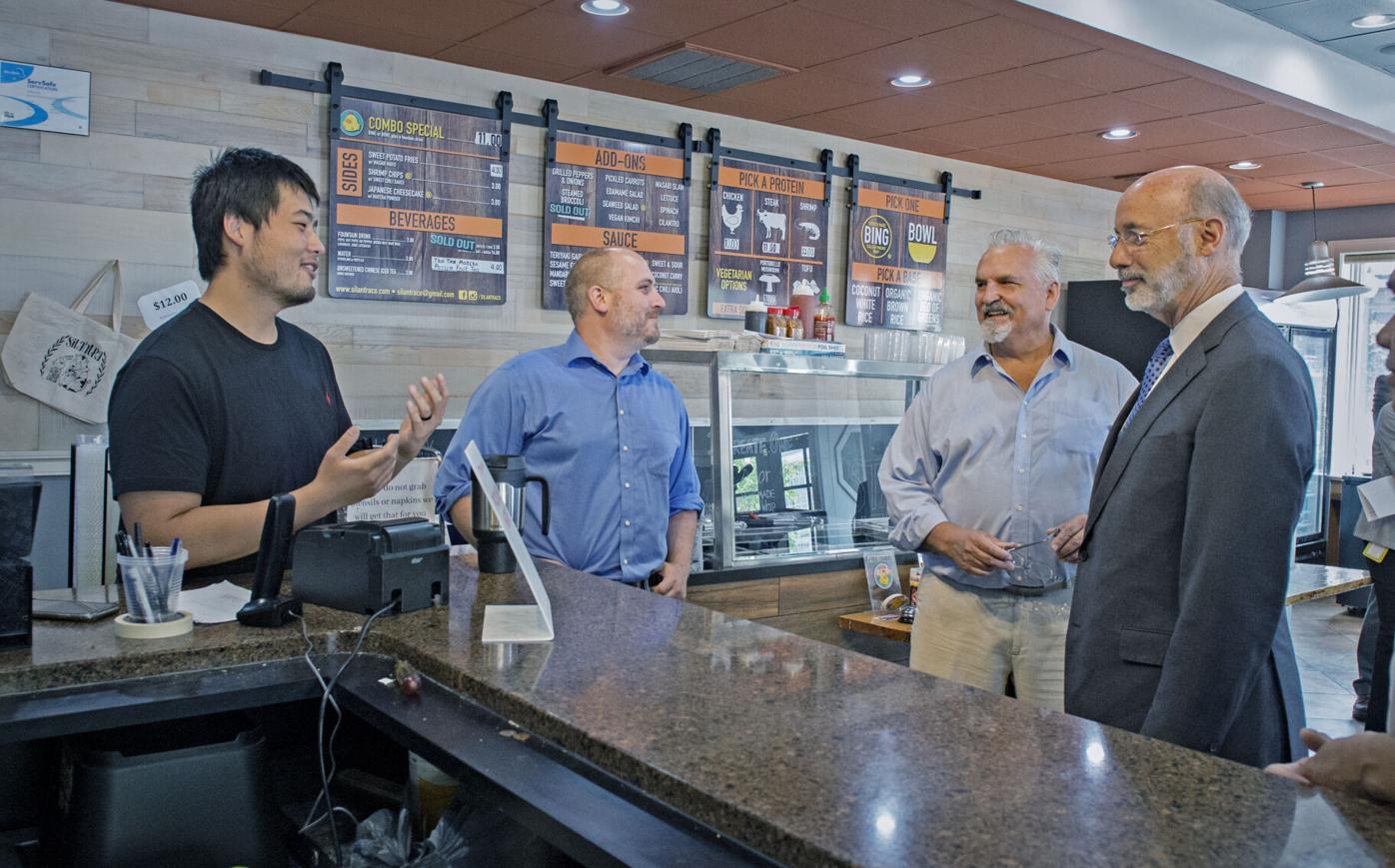 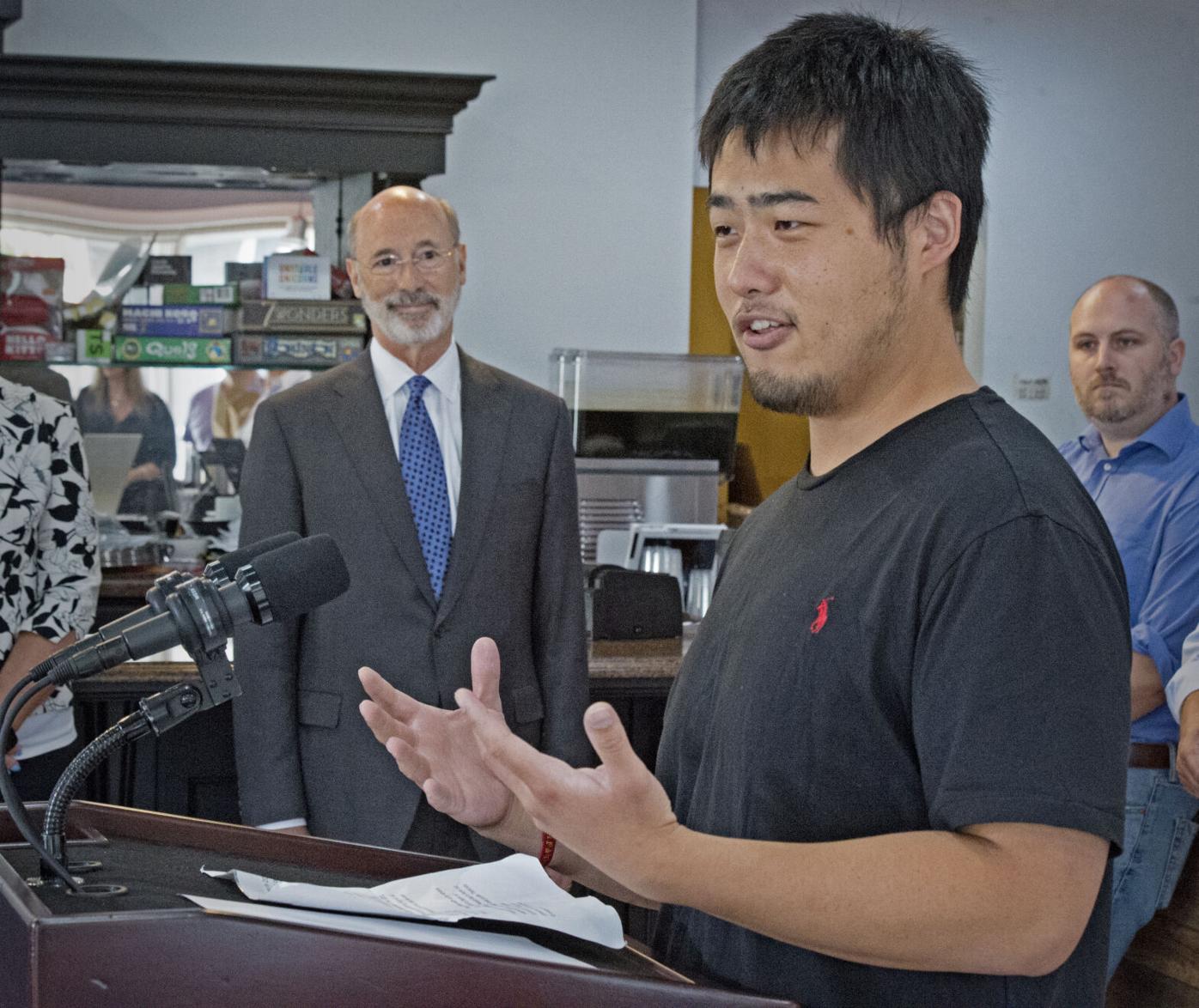 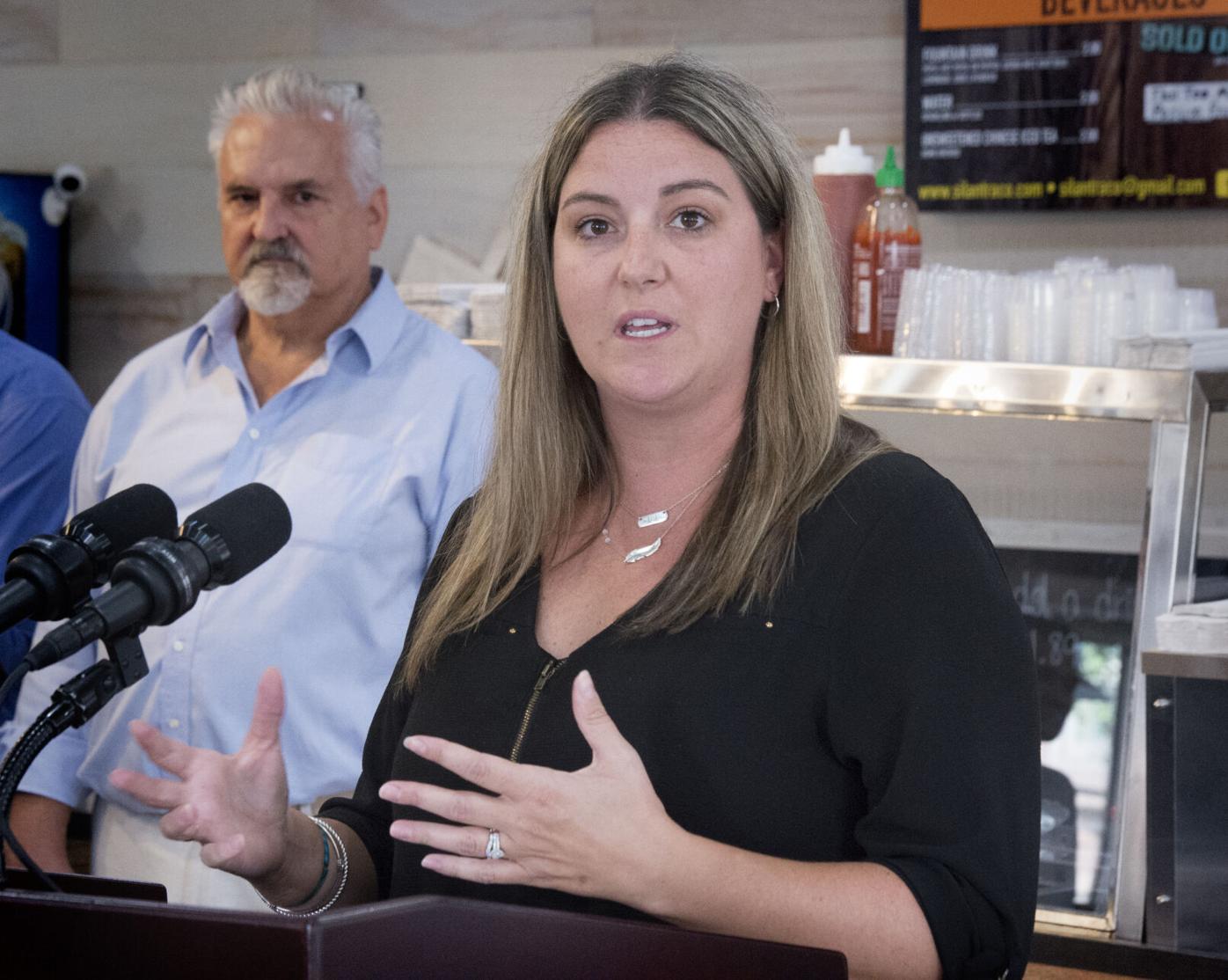 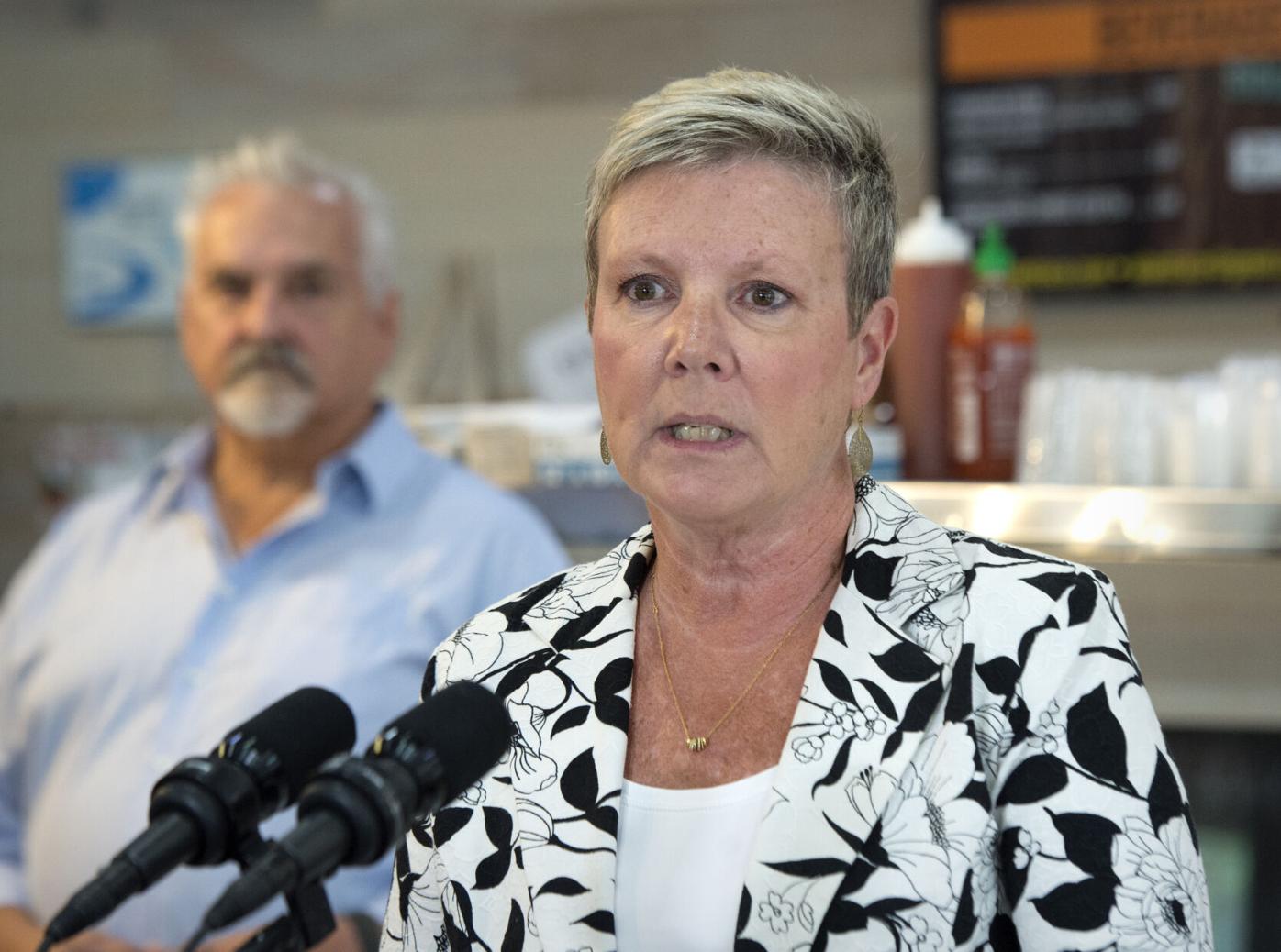 As Pennsylvania’s COVID-19 cases rise due to highly contagious variants, Gov. Tom Wolf has no intention of bringing back mitigation measures put in place when the virus first tore through the state in spring 2020 or offering hard-hit businesses in the hospitality sector any additional aid.

“Our strategy here in Pennsylvania has been the vaccine. And that has worked. The numbers nationally, it has worked,” said Wolf on Monday while in downtown Lancaster to tout his COVID-19 Hospitality Industry Recovery Program.

“If you want to protect yourself or your family against COVID, get the vaccine. We did the masks, we did the mitigation, back when we didn’t have the vaccine,” he said inside Silantra Asian Street Kitchen.

Wolf pointed out that more than 97% of people hospitalized with new COVID-19 cases nationwide have been unvaccinated, according to the Centers for Disease Control and Prevention. The surge is most severe in states with low vaccination rates such as Florida, Missouri and Texas.

But Pennsylvania is a national leader in getting its residents vaccinated, the governor said. The Keystone State has the eighth most residents to receive at least one shot, at 65%, again drawing on CDC figures released last week. The national average is 56%.

Within the most vulnerable age category, residents age 65 and up, Pennsylvania has the highest percentage of those residents to receive at least one shot, at 99%, a distinction shared with Hawaii and Vermont. The national average is 89%. These too are CDC statistics.

Wolf credited the state’s comparatively good vaccination rate for keeping the rebound in new COVID-19 cases under control, compared to the national figures, fueled by hotspots such as Texas, Florida and Missouri.

Still, the local and state numbers have turned higher in recent weeks, albeit still low compared to months ago.

Over the past two weeks, the average daily number of new COVID-19 cases in Pennsylvania has tripled, from 186 to 558, according to state Department of Health records. The number of people hospitalized with COVID-19 statewide has also increased sharply. After three months of decline, the number of patients bottomed out at 243 on July 13 and in the 13 days after that it jumped 66%, to 404 on Monday.

In Lancaster County, the average daily number of new cases dropped to a pandemic low of three to four per day in mid-July, then rose steadily to 27 as of Monday. As few as two or three COVID-19 patients were in county hospitals at mid-month, then the number began increasing. It stood at 11 on Monday, the highest in five weeks.

Though new cases are rising, Wolf had no interest in pushing the state to require hospital employees to get vaccinated.

“I’m against the state mandating that hospitals do that. I think if businesses of any kind want to do that, it should be up to them. And certainly if I were a hospital administrator, I’d be thinking seriously about that.”

Wolf said he had no plans to bring back any restrictions on bars and restaurants, having lifted the final measures on Memorial Day. Nor did he plan to launch any more financial aid programs for the hard-hit hospitality industry like the COVID-19 Hospitality Industry Recovery Program, known as CHIRP. "Not at this point...," he said. "They're back and they're open."

A few moments later, Wolf underscored his focus on preventing new cases. “I think what we need to do is redouble our efforts on vaccines, and make sure that we never have to go through the things that we had to go through that forced us to come up with the money like CHIRP.”

Co-founder Sam Guo said the higher minimum pay will help his business compete for employees and help those employees cope with the rising cost of living.

“The price of just staying alive is increasing,” he said. “Increasing our hourly wage is just the most human-decency thing to do, to help people who have put so much energy into keeping our business alive. It’s our way of giving our appreciation to them.”

The 32-year-old entrepreneur, who opened his business in 2015 with his wife Cindy in the former Red Rose Restaurant space, said the restaurant has six employees, plus him. He wants to add four.

If Guo can get staffing up to that pre-pandemic level, the restaurant can return to its pre-pandemic hours as well as resume giving 1% of sales to the Power Packs initiative in Lancaster city and Lebanon city schools. Power Packs helps feed low-income families with school-age children over weekends of the school year.

Guo indicated that the state and federal assistance programs played key roles in keeping Silantra’s doors open during the pandemic when the business was in the red.

Silantra also got a $22,000 forgivable loan from the Paycheck Protection Program and $45,000 in grants from the Small Business Recovery & Sustainability Fund, run through the county and administered by the Economic Development Company of Lancaster County and the Lancaster Chamber’s joint Recovery Lancaster plan.

As in many parts of the nation, the pace of new COVID-19 cases has recently ticked upward in…

Editor's note: This story has been updated to reflect a fourth COVID-19 death reported for t…

Restaurateur Sam Guo says he used to take a neutral view of Gov. Tom Wolf’s handling of the …

COVID-19 hospitalizations up 77% in 2 weeks in Pennsylvania; Tuesday's 986 new cases are most since late May

After tailing off to record lows two weeks ago, COVID-19 hospitalizations have been rising steadily in Pennsylvania.

CDC says masks should be worn in schools. How will Lancaster County schools respond?

Job growth in Lancaster County remained anemic in June, a new state report shows, with the number of jobs here stuck somewhat below their pre-…

For the first time since May, Pennsylvania has recorded more than 1,000 new cases of COVID-19 two days in row. The health department reported …