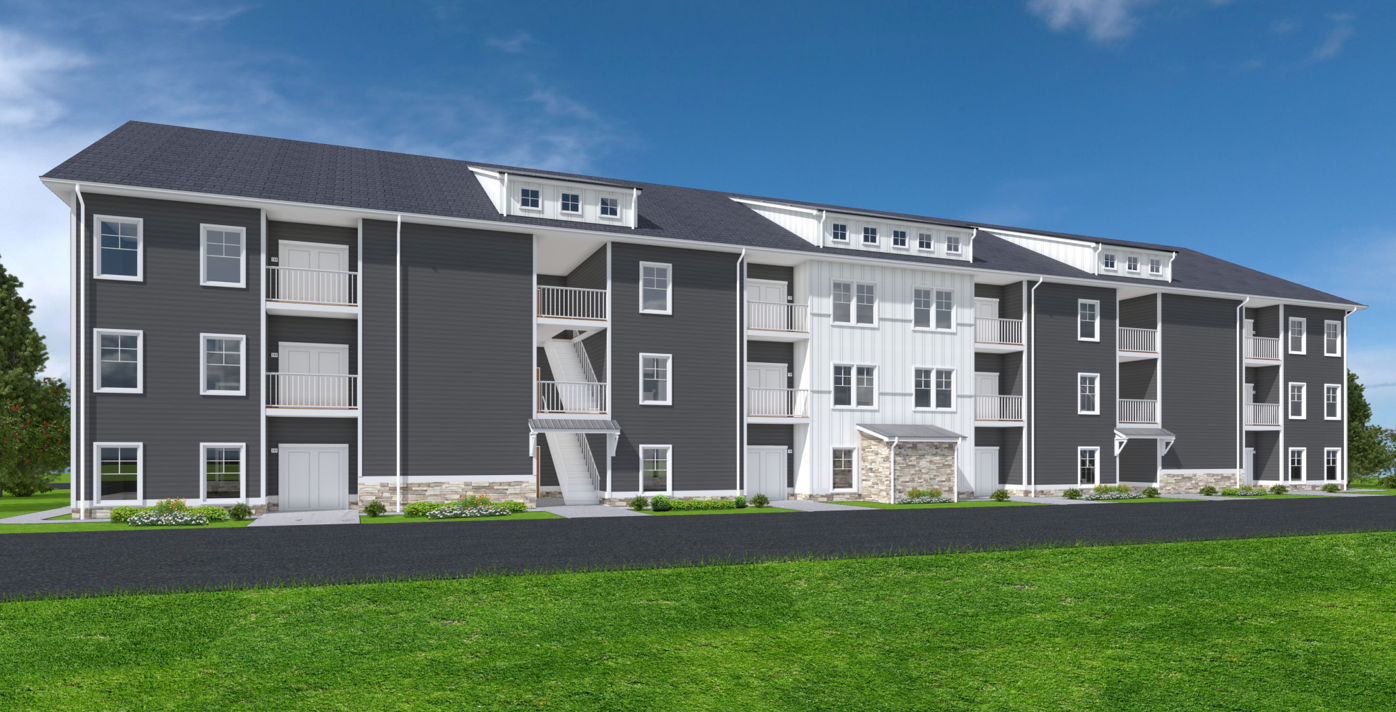 This rendering shows apartments to be constructed in Marietta Borough as part of the Riverside Foundry housing community. 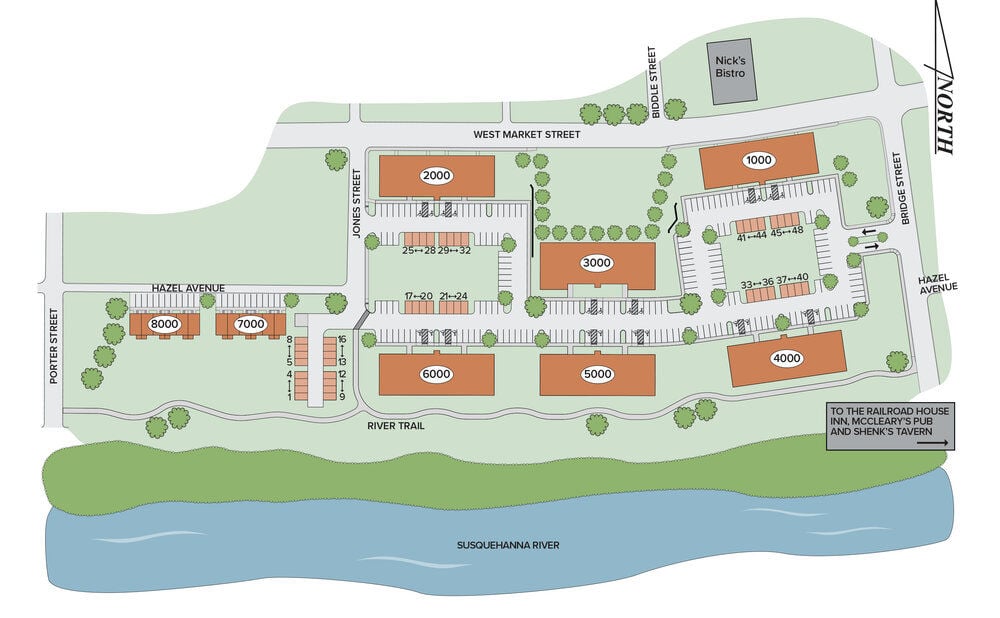 This site map shows the locations of six buildings of apartments (1000 to 6000) and two buildings of townhouses (7000 and 8000) to be constructed for the Riverside Foundry housing project.

This rendering shows apartments to be constructed in Marietta Borough as part of the Riverside Foundry housing community.

This site map shows the locations of six buildings of apartments (1000 to 6000) and two buildings of townhouses (7000 and 8000) to be constructed for the Riverside Foundry housing project.

A run-down strip of property along the Susquehanna River in Marietta Borough is being redeveloped as a $27 million housing project that could add about 300 residents to the borough.

Riverside Foundry apartments and townhouses will be built on 10.8 acres between West Market, Bridge and Porter streets. Construction is expected to begin in mid November.

Occupancy, scheduled in summer 2020, could boost the borough’s population by more than 11%.

“Marietta is a place where people want to live and we’re giving them the opportunity to do that,” said Jeff Inch, construction president for Inch & Co., a partner in the venture.

Borough officials are delighted that an unattractive tract of about 10 old, deteriorating buildings is being cleared to make way for something the borough badly needs — housing.

The venture, named for the York Barbell foundry that once stood on the parcel, will bring other benefits to the community too.

“We’re extremely lucky as a community to have someone pick that spot and to bring a project like this to it,” he added.

Mayor Harold Kulman exclaimed: “This is a great project... That area was, in a sense, depressed.”

That’s not the only financial plus from the project, Mazis and Kulman pointed out. Donegal School District will get about $205,000 more a year in property taxes from the parcel; the borough, $77,000 more.

One more advantage will be harder to measure.

Mazis said the partners will take a leg of the Northwest River Trail that runs through part of the borough and extend it past their parcel, keeping hikers in the borough longer.

That could lead to more customers for borough businesses too, he said.

“I’m really excited...,” said Mazis, citing the many positive impacts of the housing venture. “Those acres were a bit of an eyesore for Marietta.”

Riverside Foundry will consist of 172 apartments, ranging from one bedroom to three bedrooms, and 12 townhouses. All the buildings will stand three stories tall. Some 48 garages will be available to rent.

As Inch described it, the housing will have enough amenities to make the units appealing but not so many that the rents get pushed into the luxury range.

The land development plan, approved by borough council at its Sept. 13 meeting, calls for constructing 73,000 square feet of space — two buildings of townhouses and six buildings of apartments.

Part of one apartment building will contain a clubhouse, including a common area and a boutique workout facility.

Mazis and other borough officials lauded the partners for their willingness to design their new buildings so their exterior appearance is compatible with the borough’s historic structures.

Inch said the partners bought the property from Brandon Wright, owner of Wright’s Fabrication LLC, which operated on the site.

Wright leased out the remainder of the property to other businesses, said Inch. After selling the property, Wright moved his business to Dallastown.

The Riverside Foundry site had many industrial occupants over the decades, mostly notably the foundry for York Barbell, which churned out weights for strength-building exercise and other metal products.

The foundry was closed after a devastating fire in 1955.

In its later years, the foundry’s walls were stabilized with threaded steel rods that ran wall to wall. York Barbell weights — plates weighing 10 and 25 pounds — found in the building were used as washers to help secure the  rods/walls interface, according to Inch.

The foundry was razed in summer 2018 after the building had deteriorated too badly to be preserved, Inch said.

Plans are moving ahead for 166 apartments just off Fruitville Pike, promising to bring more traffic to the already busy suburban artery throug…

Part of a Marietta apartment and townhome complex that could add 300 residents at the site of a former foundry is being unveiled Friday.