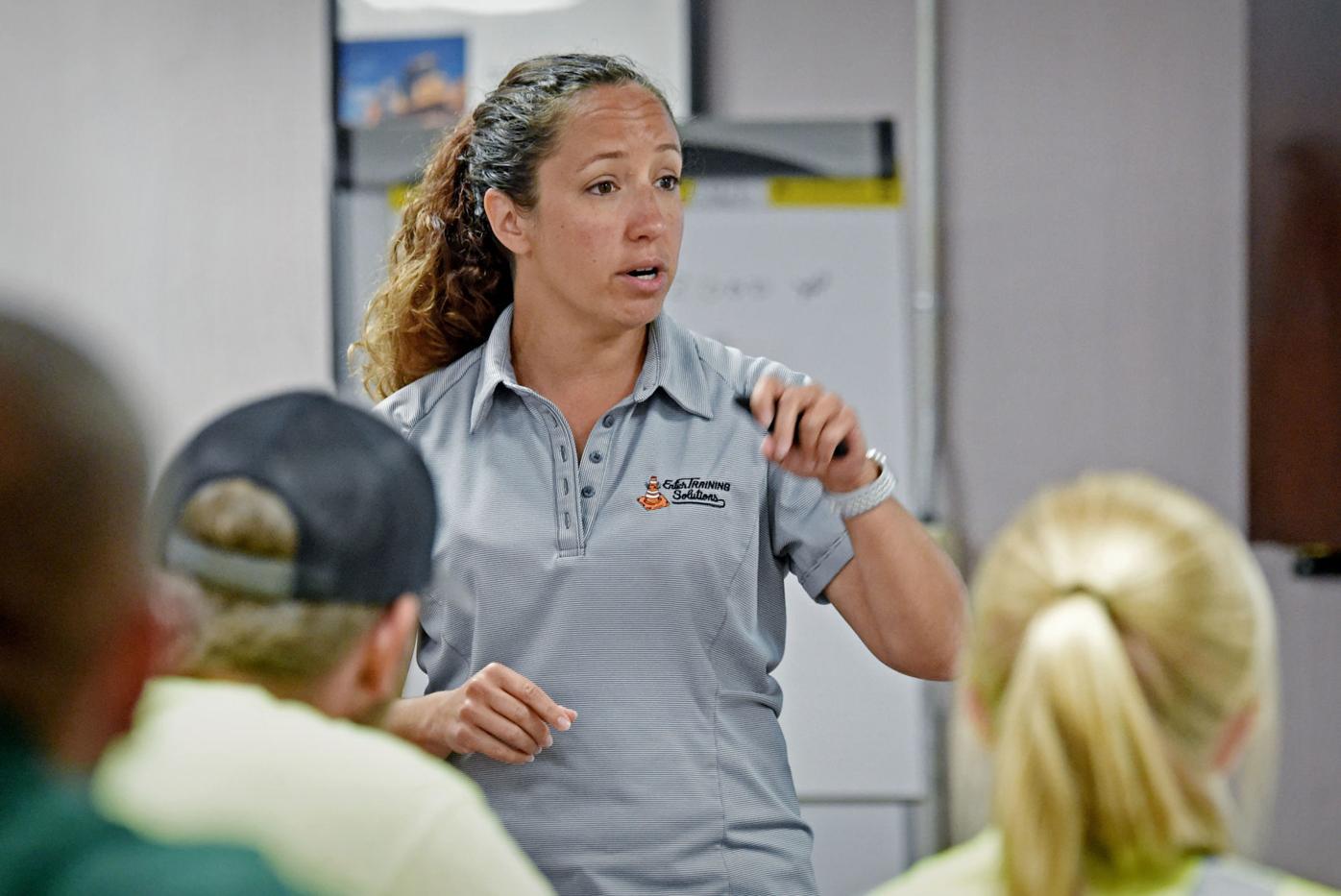 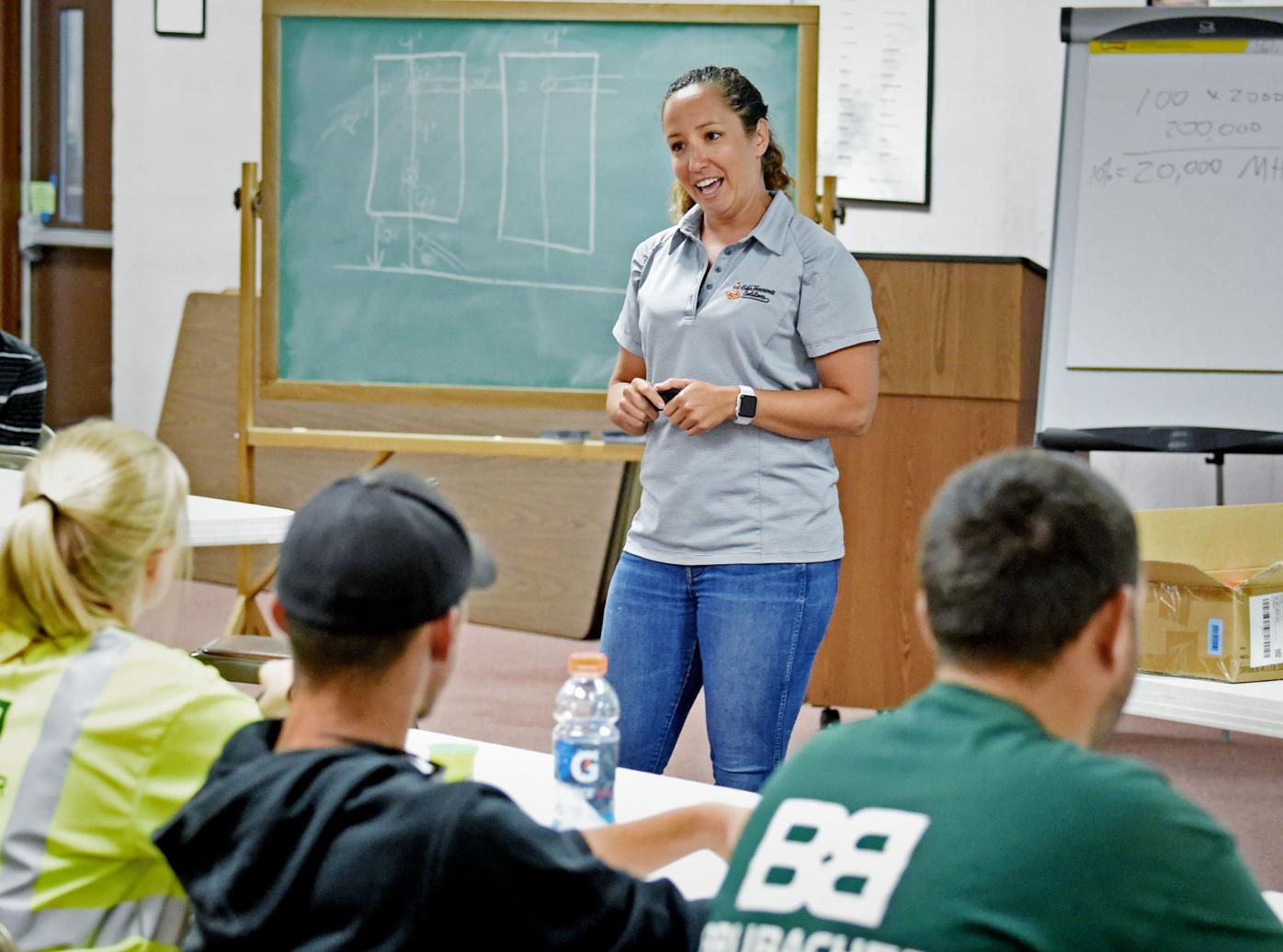 Monica Rakoczy launched her construction safety training business by admitting she didn’t know what she was doing.

It’s not that she didn’t know about construction safety or how to teach it.

Rather, she had no idea how to buy insurance, set prices or manage a schedule without the support of an established company.

But inspired by a motivational speaker who said she should consider being her own boss, Rakoczy called SCORE Lancaster-Lebanon in October 2017.

“I have no idea what I’m doing but I know I need to do something else,” Rakoczy recalls telling her mentor from SCORE, which offers free help to entrepreneurs and small business owners.

Rakoczy was like many entrepreneurs — they know their particular field inside and out, but they know nothing about converting that expertise into a healthy business.

After setting up the necessary fundamental systems to operate on her own, Rakoczy soon found herself busier than ever with her own company, EnterTraining Solutions.

Its slogan is: “Safety doesn’t have to be boring.”

Having done Occupational Safety and Health Administration training for local and regional clients when she was an employee of a larger company, Rakoczy discovered that clients followed her when she went out on her own.

Rakoczy, who has an international media studies degree from Penn State, where she was involved in theater, says she found a satisfying role in front of groups of new hires or those returning for all kinds of required safety training.

“I say my background in theater is probably a huge reason why I’m good at this because I’m comfortable in front of crowds and talking to people,” she says.

Having once had to sit through three days of safety training during which the instructor read each slide in a monotone, Rakoczy says she knew there was a better way.

“We can make this fun,” says the 36-year-old Lancaster resident of her teaching style. “I think it’s a little refreshing to see somebody who is a little younger and also a female, because I think we’re not the norm.”

As she teaches about working safely in trenches, around electricity or while excavating around utilities, Rakoczy brings an enthusiasm more typical of an elementary school teacher.

She mixes it up with smart-alecky students, uses object lessons and offers memorable safety tips.

Rakoczy told a recent class of 12 students at Brubacher Excavating, near Terre Hill, about a former supervisor on a sewer project who told her the stench was actually the smell of money.

“It’s the one industry that is never going to go away. Everybody needs their poop moved,” Rakoczy said, offering that story as a way to remember that green is the color used to mark sewer lines before excavation begins.

During the trench safety class for new employees of Brubacher Excavating, Rakoczy also brought Play-Doh to illustrate different soil types and had students divide into groups to come up with ways to “prevent yourself from dying” in a 12-foot deep trench.

Rakoczy, who has a naturally energetic style, says she discovered she liked teaching construction safety when she was working for a company that sold safety equipment and was pressed into service as a teacher for some safety training the firm offered.

Lately, she’s gotten so busy as a one-person operation that she’s mulling how to hire an employee of her own and is hoping to get more advice from SCORE.

“When I first started, I said absolutely not, there’s no way I ever want to have an employee, and now I’m so busy that I don’t know if I have much of a choice,” she says.

After working with a general contractor in Virginia and then becoming active in the construction safety community, Rakoczy has the knowledge that earns her respect in a male-dominated field.

“You can’t just be a pretty face. You have to back it up,” she says.

While Rakoczy says she initially “fell into” the construction industry, she’s found a vocational home in a field where there’s some family history.

Rakoczy’s dad is George Rakoczy, who spent most of his career at Warfel Construction, where he became an owner in 1987 and then CEO in 1995. He died in 1998 at age 59, when his daughter was a teenager.

Born in communist Hungary, Rakoczy fled to the United States in 1956 during the Hungarian uprising.

He then worked in a knitting mill in New York City before serving with the U.S. Army for 13 months in Korea. After his military service, he returned to New York, where he got a job in construction while pursing a degree in civil engineering.

“I appreciated the freedoms and opportunities of this country. I was determined to succeed in this new environment. I was hungry for freedom, hungry for opportunity,” Rakoczy said in a 1993 story on his career in the Lancaster New Era, an LNP forerunner.

“I always had it in me to be an entrepreneur, even though that was driven out of most people under communism,” he said.

As Monica Rakoczy continues down her own path of entrepreneurship in the field where her father excelled, she says she continues to be inspired by him.

“Just to follow in my dad’s footsteps is huge. He was the coolest person in the world,” she says. “To be able to be half of that is, I think, a huge portion of what drives me.”

The Rotary Club of Lancaster got some business advice Wednesday from a legal sex worker in Nevada.

As Jim Bland tries to find new ways to draw people to the Hands-on House, he’s leaving no stone unturned.

Growing up in Lancaster city, Marquis Lupton has fond memories of Crispus Attucks Community Center, where his mom organized dance classes and …

Both Dr. Jordan Balencic and his wife Tessa have a bent for entrepreneurship.