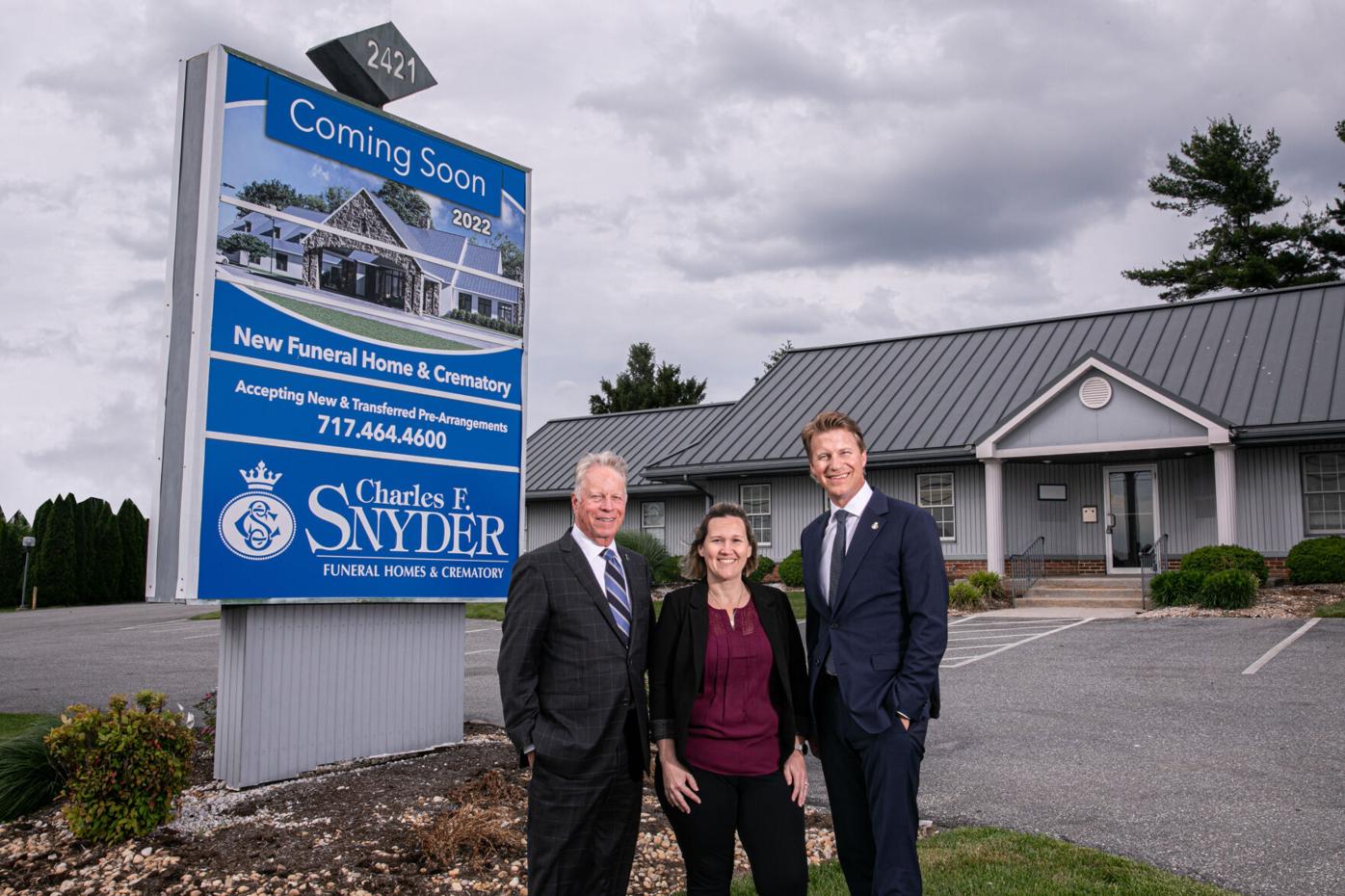 Kelly Gramola Townsend, who has been named supervising director for the Charles F. Snyder funeral home in Willow Street, is flanked by company owners Chip Snyder, left, and Chad Snyder, right, at the site of the planned location.

Kelly Gramola Townsend, who has been named supervising director for the Charles F. Snyder funeral home in Willow Street, is flanked by company owners Chip Snyder, left, and Chad Snyder, right, at the site of the planned location.

A new Charles F. Snyder location at 2421 Willow Street Pike will replace an existing office building next to House of Pizza with a 12,500 square foot facility that includes a crematory, a 350-seat chapel, and 145 parking spaces. There will also a small chapel as well as a patio/garden.

“Our family has been in search of real estate for many years in the Willow Street area so that we can better serve the communities south of Lancaster City. This has been a long-time dream and journey of planning and research, and we believe that we have found the perfect location,” said Charles F. "Chip" Snyder Jr., who owns the business with his son Chad.

Charles F. Snyder bought the property in June 2019 for $825,000. A groundbreaking is planned for August, with the expected opening of the $4 million funeral home and crematory sometime next spring.

The Willow Street location will be the sixth Lancaster County location for Charles F. Snyder. Established in 1947, Charles F. Snyder also has locations in Lancaster city, Manheim Township, Lititz, Millersville and Strasburg. And, it operates Heritage Monuments, which designs and sells memorial stones.

Charles F. Snyder has 65 employees and plans to add up to 8 in Willow Street, where Kelly Gramola Townsend will be the supervising funeral director.

The Charles F. Snyder Funeral Homes & Crematory has opened a second crematory at its 311…

The owners of a Manheim Township gas station who became well-known for serving Pakistani and Mediterranean food have sold the station, but are…

Which restaurants opened, closed in Lancaster County in June?

June was a booming month for restaurants in Lancaster County.