Fred Clark, left, stepped aside as CEO of Clark Associates for his son Gene Clark. The elder Clark is now chairman. 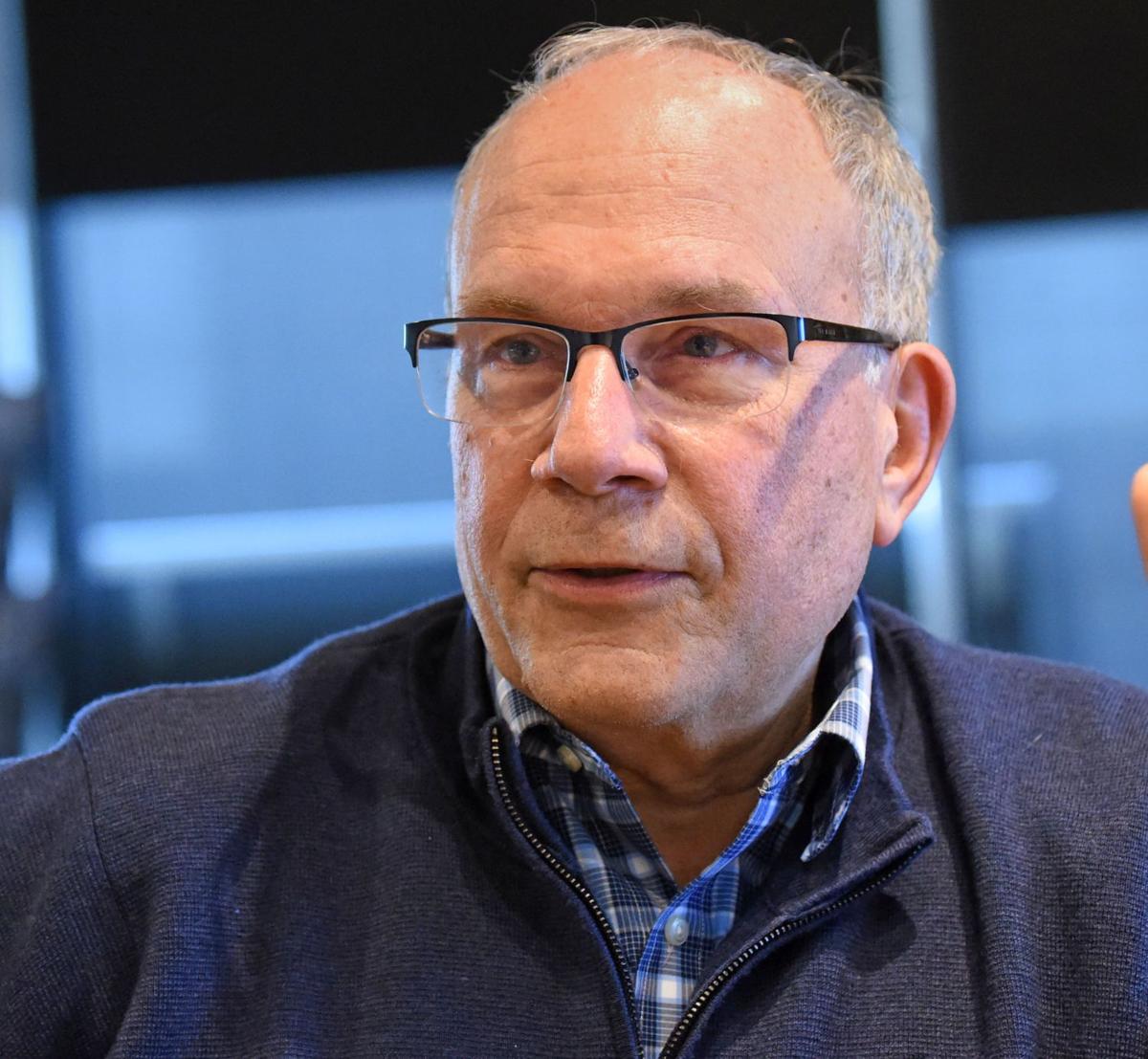 Fred Clark is stepping aside as CEO of Clark Associates, becoming chairman. 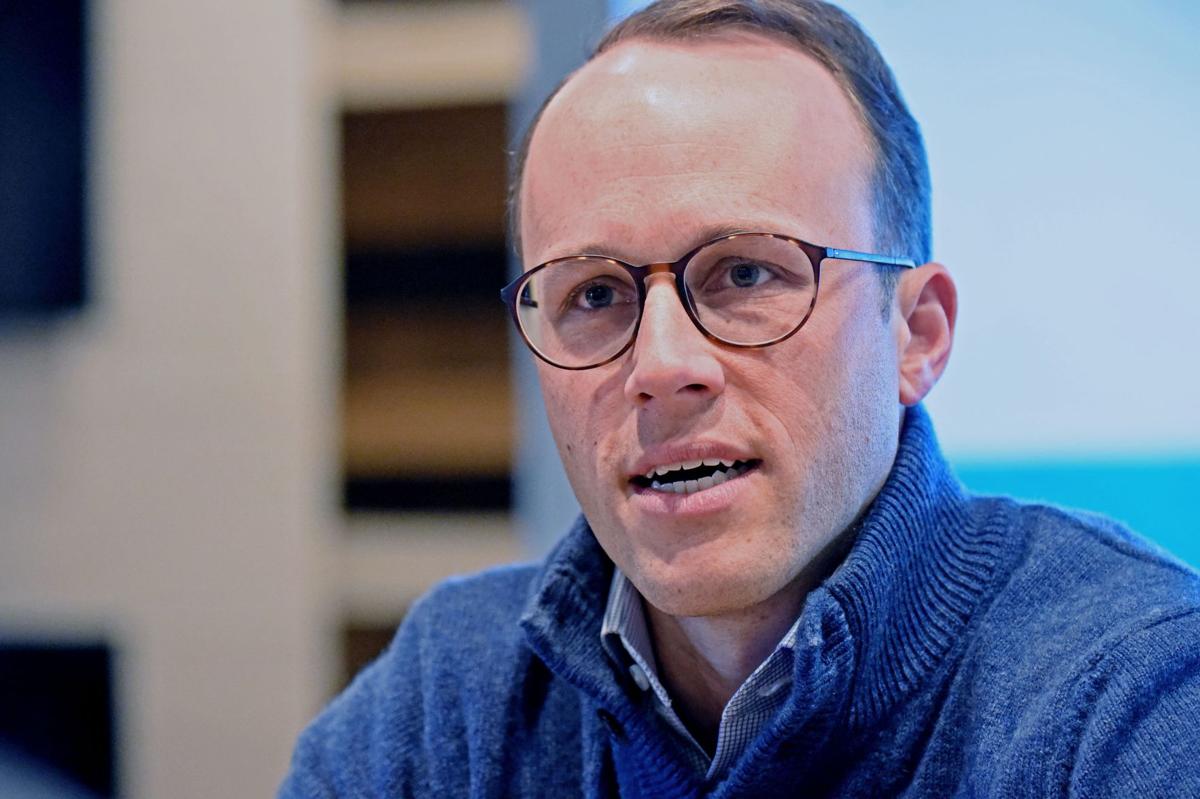 Gene Clark is the new CEO of Clark Associates.

Fred Clark, left, stepped aside as CEO of Clark Associates for his son Gene Clark. The elder Clark is now chairman.

Fred Clark is stepping aside as CEO of Clark Associates, becoming chairman.

Gene Clark is the new CEO of Clark Associates.

As television news crews filmed a crowd outside a New York City hotel in February before the baby shower for Meghan, the Duchess of Sussex, a sharp-eyed viewer back in Lancaster spotted a Carnival King cotton candy machine being delivered.

For employees of Lancaster-based Clark Associates, which owns those brands, the sightings were not unrelated, irrelevant events. Rather, spotting company brands in use around the country offers a fun validation of the company’s reach and growth.

Noticing their products in far-flung locales or on television is a kind of insider parlor game for Clark Associates employees.

“You’re always checking stuff out to see where it came from,” said founder Fred Clark, who admits to constantly turning over plates in restaurants to check their labels.

And with 72 different brands that include tableware, janitorial supplies, toasters, oven mitts and napkin dispensers, the company’s products are everywhere, if you know enough to look.

Those brands are in addition to Clark’s restaurant equipment and food distribution services as well as its real estate holdings and restaurant design business.

“We have so many things going on that people don’t really know everything we do — and that’s speaking for people in our own company,” said Gene Clark, who became CEO on Jan. 1, succeeding his 61-year-old father, Fred Clark, who is now chairman.

Springing out of a small electrical contracting firm begun in 1971 by Fred Clark’s father and uncle, Clark Associates has grown into a sprawling food-service enterprise with $1.7 billion in annual sales and some 3,200 employees, including 1,000 in Lancaster County.

“There was never a master plan,” Fred Clark said. “I’m not a real creative person. I’m just a really good copier. So I take an idea, and I make it better ... because you can always make an idea better.”

History of the company

In 1976, Fred Clark had just graduated from Pequea Valley High School when he joined his dad, Lloyd, and uncle, Glenn, in their electrical contracting business, G/L Clark Associates.

Fred Clark recalls doing a lot of work for restaurants, such as Miller’s Smorgasbord and Good N Plenty, that were catering to tourists flocking to Amish country.

As he repaired existing kitchen equipment, it seemed logical to sell other items the restaurants needed.

“I would go to Philadelphia, buy a piece of equipment, bring it back to Lancaster and sell it,” Fred Clark said.

With his dad’s blessing, Fred Clark expanded that side business into a separate company focused on supplying restaurants with all kinds of products and equipment.

“I said, ‘You know what, I only want to compete against one competitor,’ ” he said.

Following that decision, Clark says, he built the business through what seemed a series of other logical choices.

Those included opening the cash-and-carry Restaurant Store locations in the 1990s, then launching online sales in 2003 with the Webstaurant, a website that now accounts for about 90% of total Clark Associates sales.

“We started in e-commerce, we believed in it, we promoted it. No one else did. It was an old, stuffy industry that kept thinking it has to be that customer relationship, face-to-face kind of thing,” Clark said. “It was just so obvious that this was where the industry was going, and we never held back.”

The launch of the Webstaurant coincided with Fred’s son, Gene, the third generation of Clarks, becoming more committed to the business.

An accomplished musician, the 34-year-old Gene Clark was working toward a business degree at Franklin & Marshall College when the Webstaurant launched.

“When you think about all the different businesses we have, the e-commerce one by nature is the easiest one to scale,” said Gene Clark, who became a vice president at the company in 2007.

“From the very first day of the Webstaurant store, it was open for business for the whole country,” he said.

While being one of the first to start selling restaurant equipment and supplies online was key, Gene Clark says it was no guarantee of success.

“I think that’s one of the misconceptions of our industry, that it’s cheap to do online,” he said. “But to do it right, with having great content, it’s actually a significant investment.”

To that end, Clark Associates spends heavily on employees to take photos and write descriptions of the Webstaurant’s products while also populating its website with articles such as “How to Deep Fry a Ham,” “How to Open a Bar,” and “How to Write a Menu Describing Your Food.”

Filling their website with snazzy pictures and content is just another example of the way Clark Associates has grown by doing lots of small things well.

“You can look at everything now and think there must have been some big risks,” Gene Clark said. “But I think the reality is it was just a bunch of small investments, small risks, small ideas. Hundreds of those on top of each other just make this big enterprise.”

Fred Clark says freeing employees to take some of those small risks remains a guiding philosophy.

“I want our people to make mistakes. The more mistakes they make, the more things they can possibly learn,” he said. “Make the mistake, stop doing it, take a step back, collect all the data, go another direction. Then it’s not really a mistake. It’s just tuition toward your education — you learn by it.”