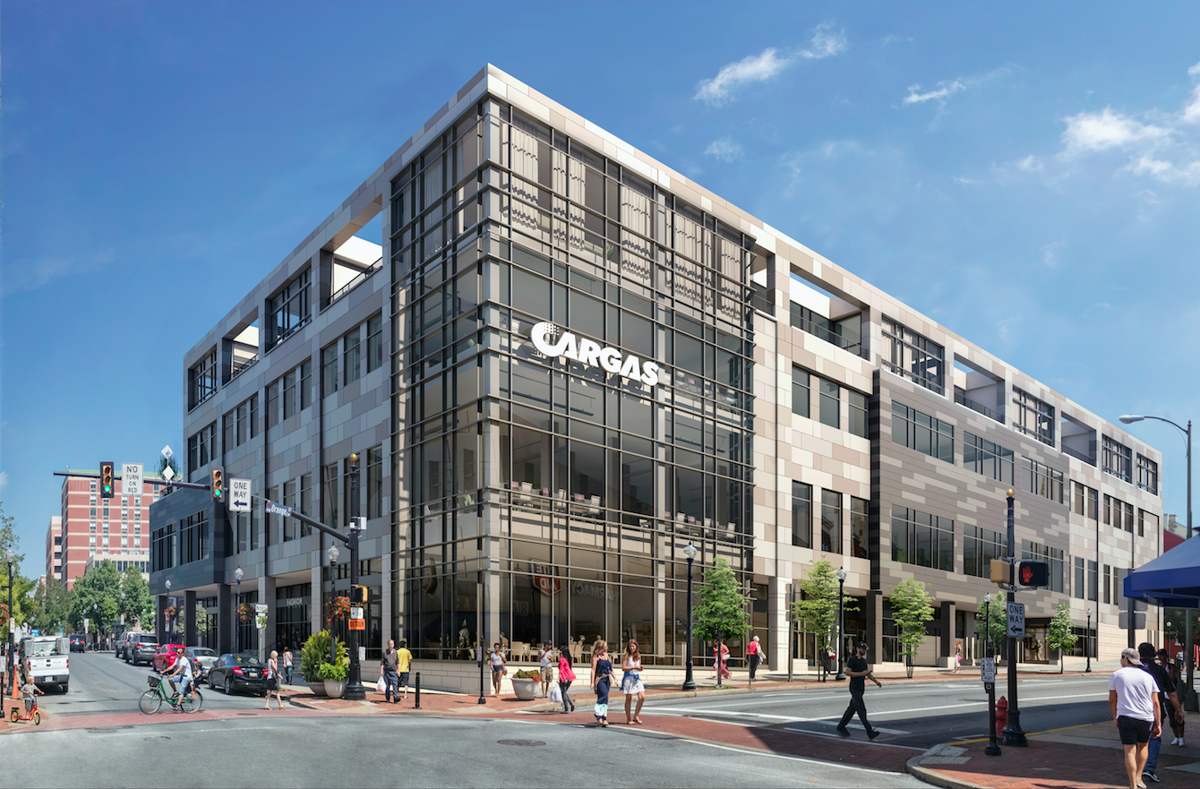 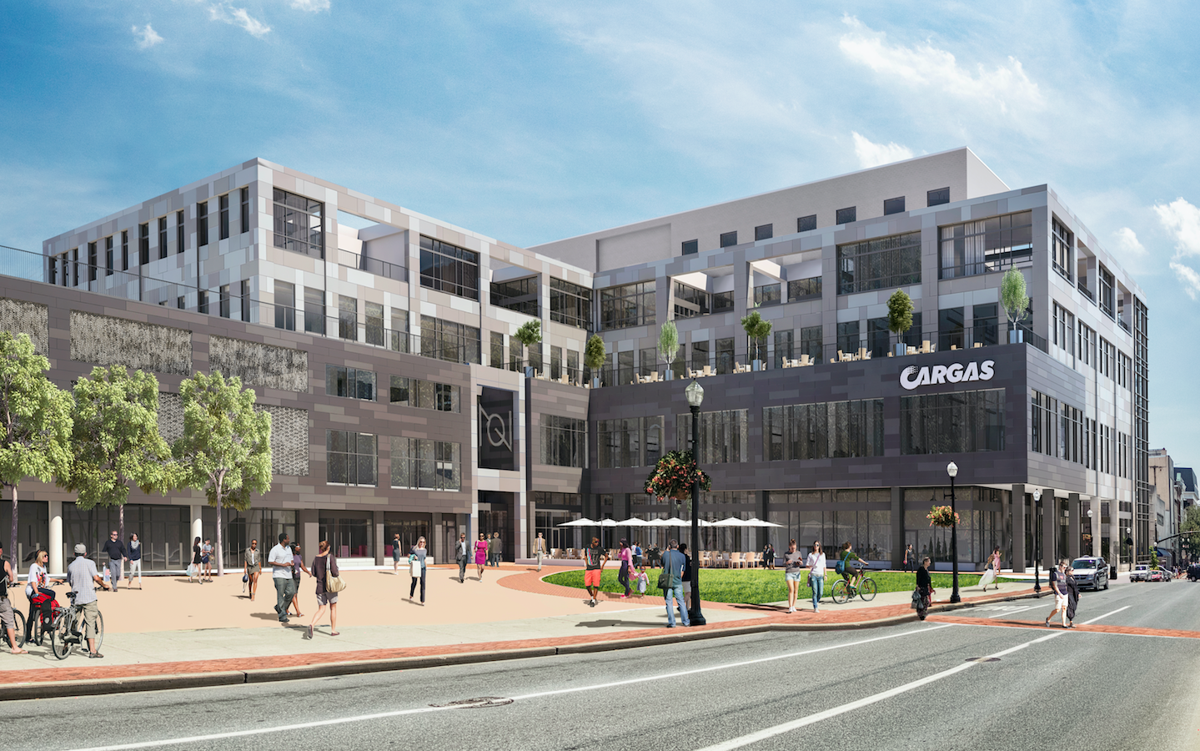 A rendering of 101NQ's Lancaster Square side, featuring the logo of anchor tenant Cargas Systems. 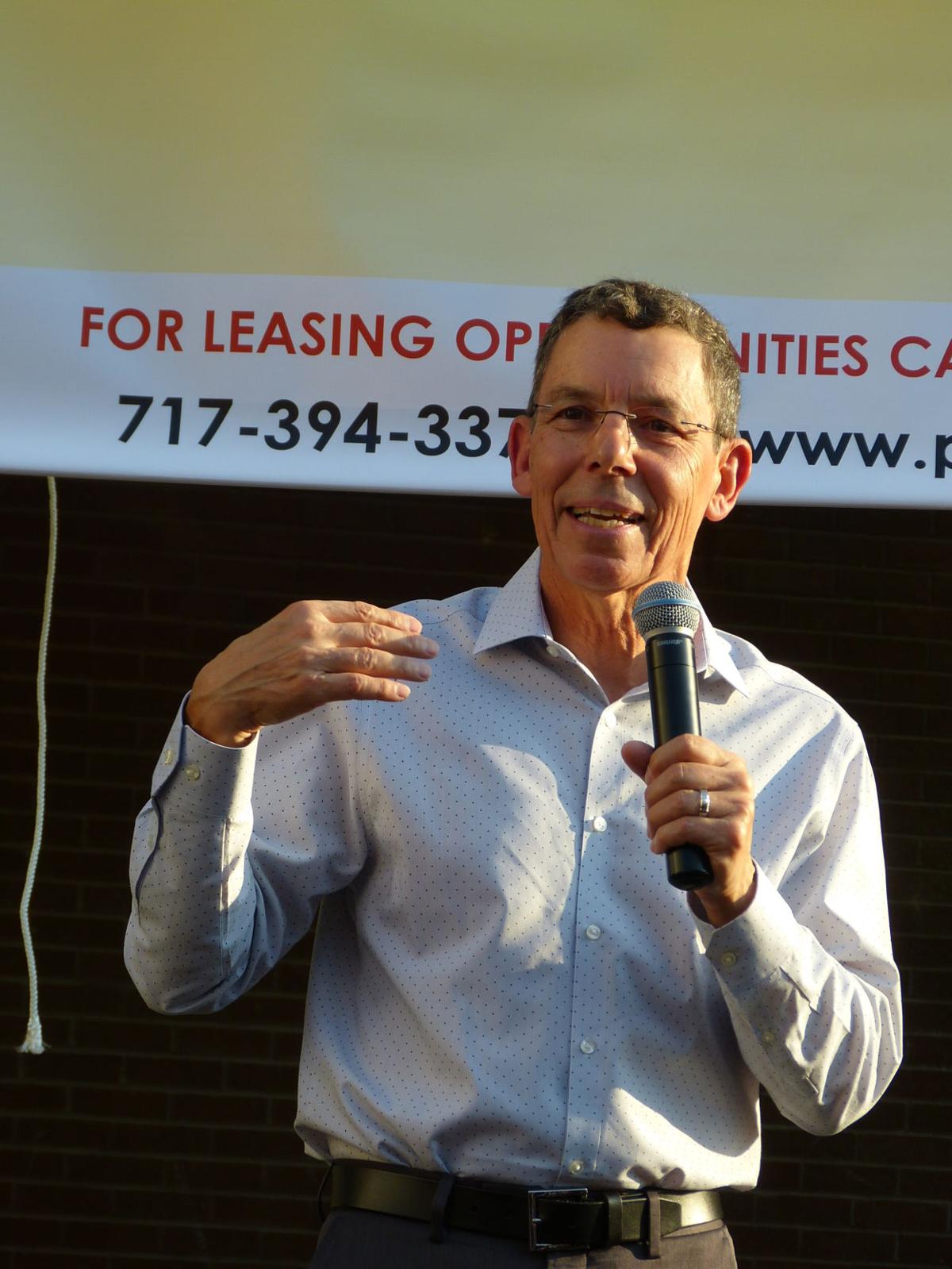 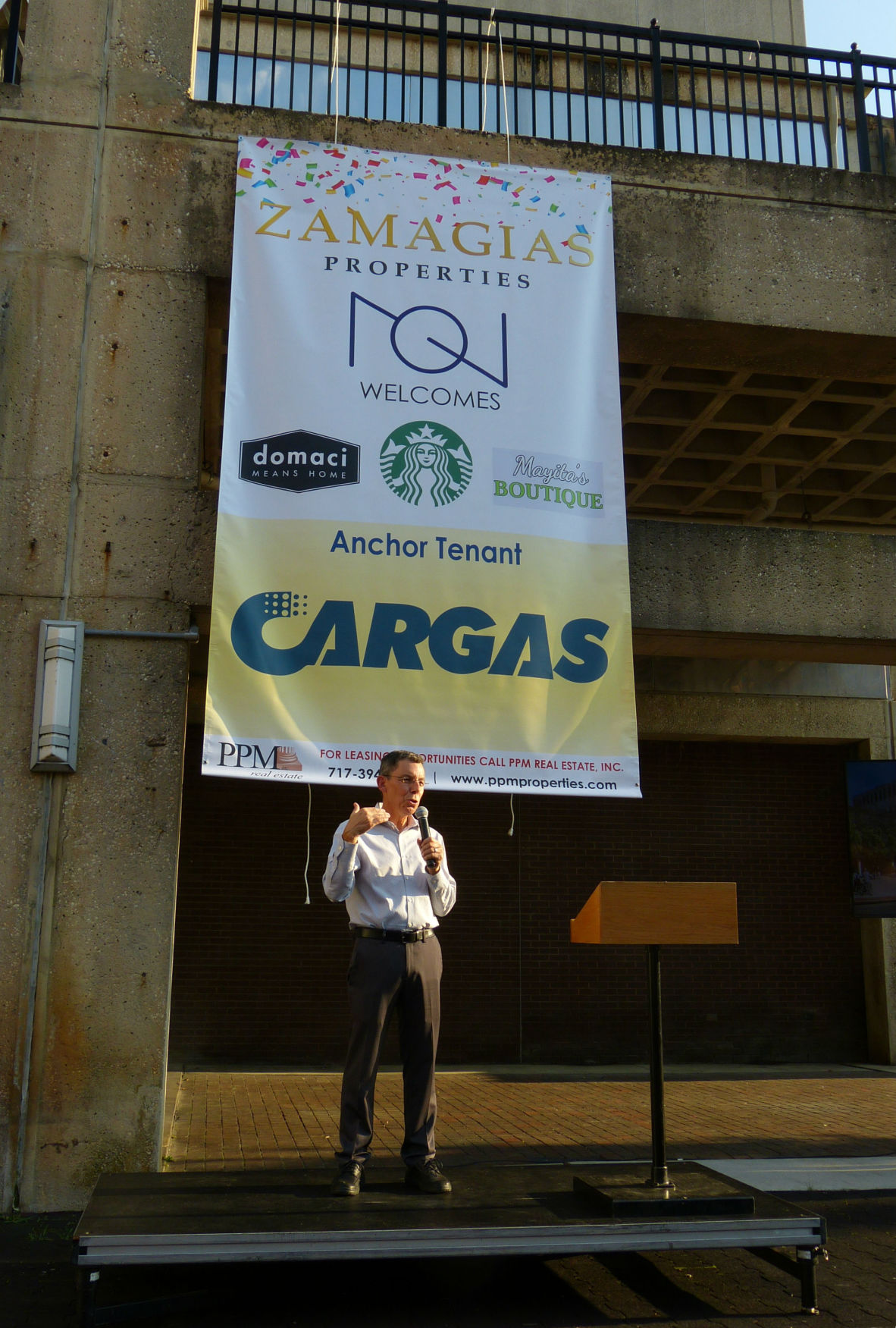 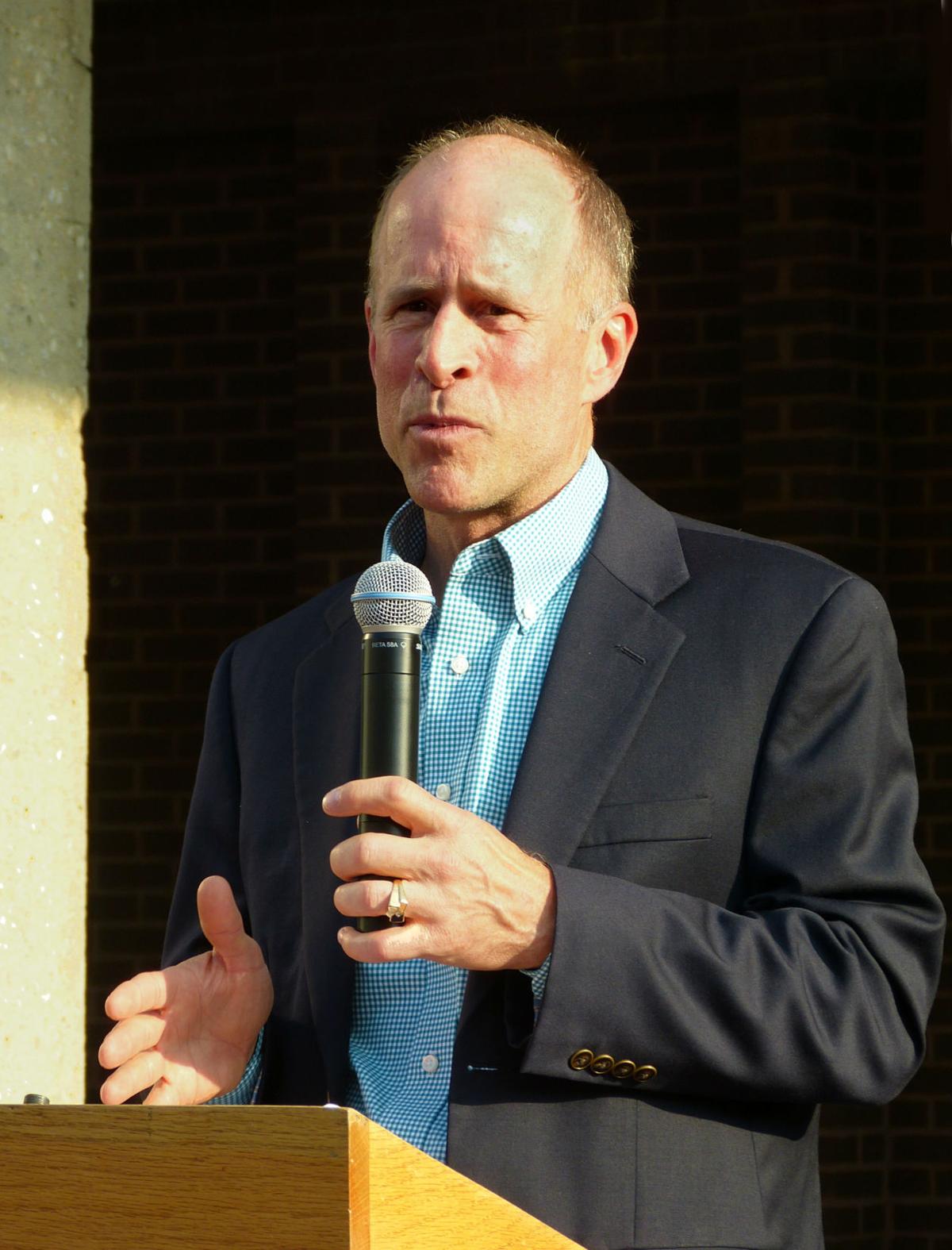 A rendering of 101NQ's Lancaster Square side, featuring the logo of anchor tenant Cargas Systems.

“Is this exciting or what?” Chip Cargas asked the dozens of business and community leaders gathered Friday at Lancaster Square next to 101NQ, the former Bulova building at North Queen and East Orange streets.

Moments earlier, they had learned that Cargas Systems, a local business software and consulting company, will be 101NQ’s anchor tenant, moving more than 100 high-wage jobs to downtown Lancaster.

Cargas is the employee-owned firm’s chairman and CEO. He suggested up to 220 people could eventually work in the 25,400 square feet that Cargas Systems will occupy — about two-thirds of the leasable space on the third floor.

“We’re planning to continue our sustainable growth,” he said.

As two flatscreen monitors displayed a fresh rendering of 101NQ with the Cargas logo prominently featured on the facade, he quipped, “Maybe it’ll stop being called the Bulova building.”

Cargas Systems has signed a lease and hopes to take occupancy in spring 2019, he said.

David Martens, president of Pittsburgh-based Zamagias Properties, said Cargas’ commitment provided “proof of viability” to Zamagias’ lenders that the 101NQ project made sense, allowing the developer to secure the remaining financing it needed.

“They really were a catalyst to make this happen,” he said. “I can’t give them enough credit for stepping up.”

The $25 million to $30 million project will convert the vacant 212,000-square-foot building, long considered one of downtown’s worst eyesores, into 101NQ, a modern retail, office and residential complex.

Crews will probably start peeling off the building’s facade in two to three months, Martens said.

Martens also announced three retail tenants Friday: Domaci, which he described as “an eclectic furniture group out of Bethlehem”; Mayita’s Boutique, a Mount Joy fashion shop that will open its second location at 101NQ; and Starbucks, which will open a “flagship” coffee shop at the Queen and Orange corner.

Friday’s tenant announcements were “just a small sample,” and there will be many more in coming months, Martens said.

Cargas Systems is currently headquartered at the business park built at the former Lancaster Stockyards. It was one of the two inaugural tenants when the park opened in 2010, but it has outgrown its 11,500-square-foot building there, Cargas said.

It has leased 2,800 square feet of satellite space at City Crossings, at North Prince and West Lemon streets. That led to discussions of the advantages of being downtown, Cargas said.

The move will consolidate all of Cargas Systems’ employees at 101NQ, he said.

Lancaster is “quietly” becoming a tech hub, Cargas said. The software companies each have their own specialty, so their relationship is synergistic rather than competitive, he said.

He said his company's lease at the Stockyards runs through February 2021. He's optimistic another tenant can be found and arrangements made so Cargas Systems won’t have to pay rent on a facility it isn’t using.

Cargas Systems’ landlord at the Stockyards is an investor group headed by developer Robert Redcay, which acquired the complex in 2016.

Cargas Systems offered amenities to encourage bicycle commuting at the Stockyards office and Cargas, an avid cyclist, said it will do the same at 101NQ. And of course, some city-dwelling employees will be able to commute on foot.

Employees still will need parking nearby; however, Cargas said he and his team have not been among those pushing for the construction of a garage at Lancaster Square.

City officials have said some of 101NQ’s prospective tenants are insisting on guaranteed parking, making the garage a practical necessity.

“That was not us,” Cargas said.