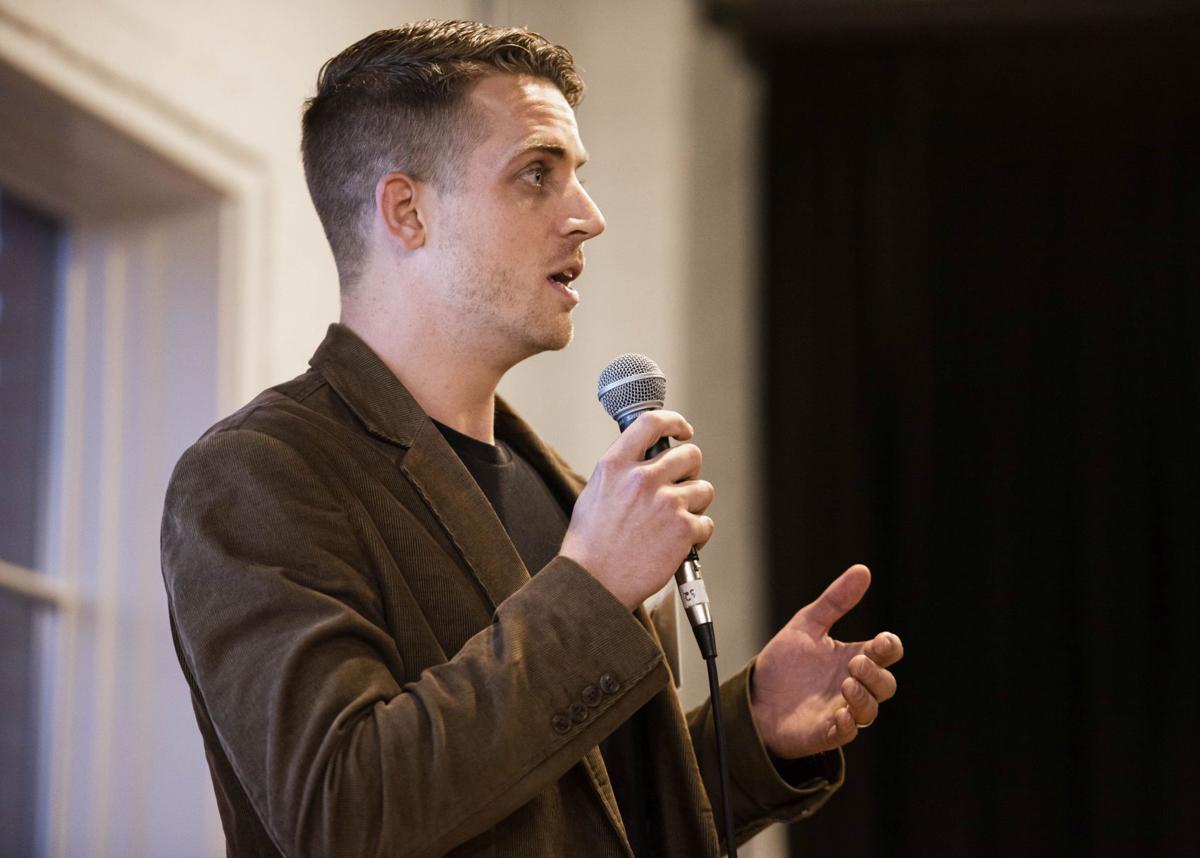 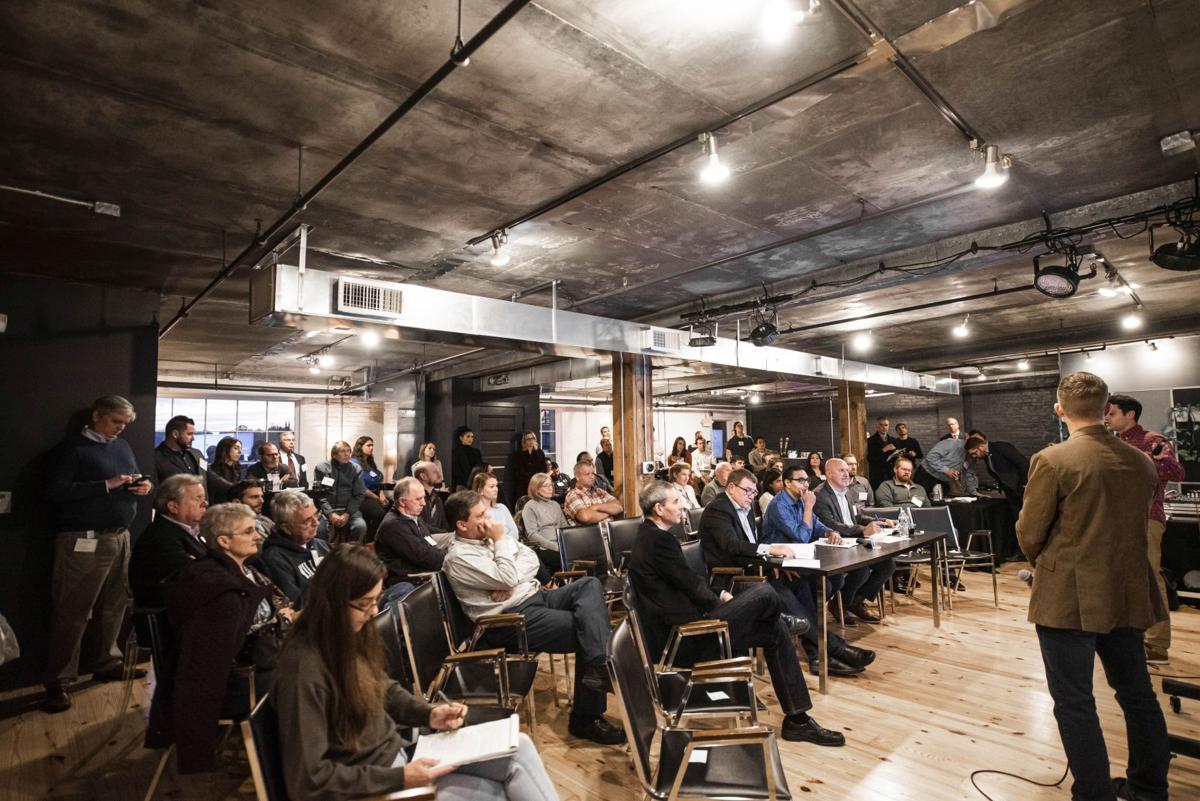 Sam Beiler, foreground at far right, and Jared Neff of Boostpoint present during the Ben Franklin TechCelerator at the Candy Factory Finale. 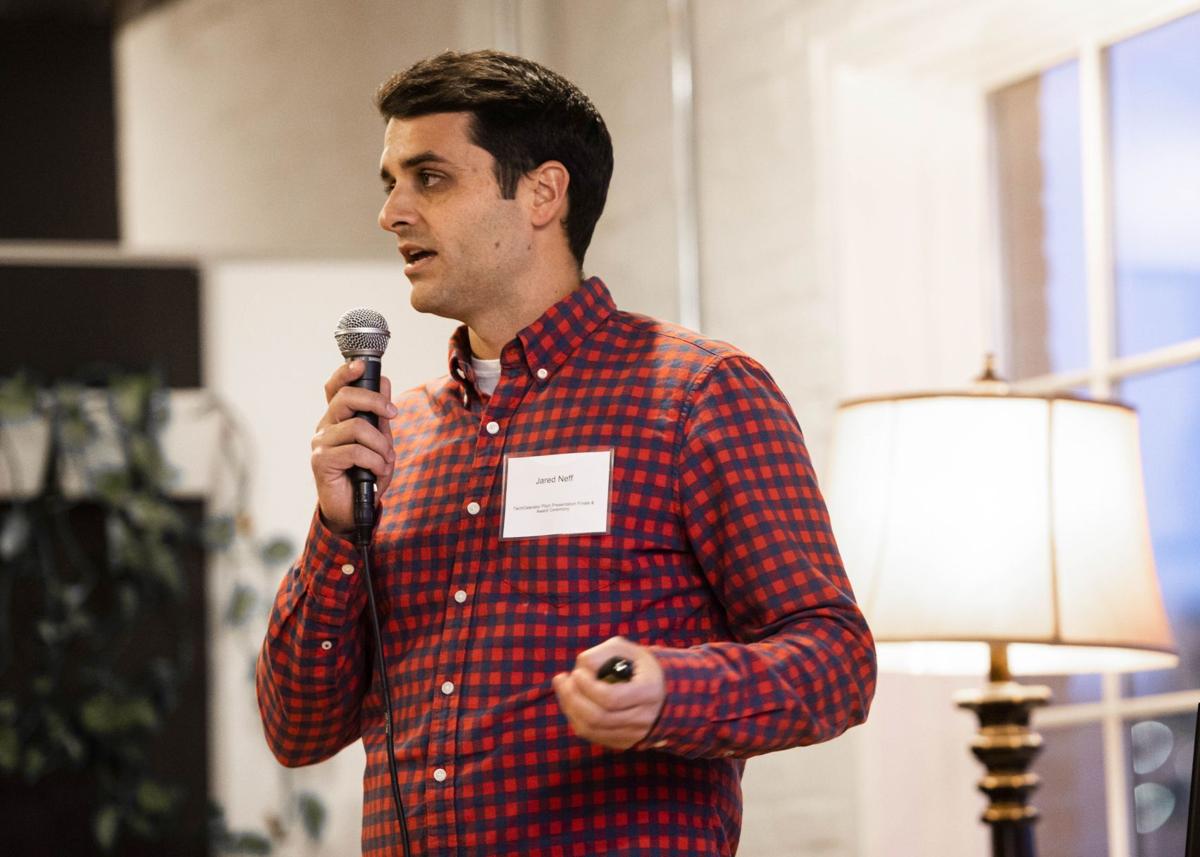 Sam Beiler, foreground at far right, and Jared Neff of Boostpoint present during the Ben Franklin TechCelerator at the Candy Factory Finale.

Sam Beiler was 15 when he quit school to work as a roofer.

But since he was homeschooled and the roofing business was his dad’s, Beiler says short-circuiting his academic career wasn’t actually that controversial.

Beiler, now 27, says he actually thinks his lack of formal schooling came into play — in a good way — when he moved into marketing for the family business, which shifted from roofing to making equipment for roofers.

“Just coming with that fresh mindset without any biases I do believe helped me during that period,” Beiler says.

As marketing director, Beiler was charged with promoting The Equipter, a debris catcher Beiler’s dad created for his own roofing business before spinning off the product’s sale and manufacture into a standalone company.

“Literally the questions I was asking then were, ‘OK we have this marketing budget. It’s not a lot of money. Where can I spend the least amount of money to get in front of the most amount of people?’ ” he says. “The answer to that question is Facebook, and it still is.”

Relying on targeted Facebook ads, Equitper was able to appeal directly to roofers who could benefit from the mobile units, helping the Leola company grow from 12 to 50 employees in just over five years while boosting annual sales from $8 million to around $18 million.

That success led Beiler into a new position: CEO of Boostpoint, a software company startup that helps businesses create their own targeted Facebook ads.

Boostpoint, which Beiler founded a year ago with Jared Neff, was spun off from the marketing department of Equipter, which Neff joined two years ago.

The company, which now has five employees and offices in downtown Lancaster, won the top prize and $7,000 Tuesday at the Ben Franklin TechCelerator at The Candy Factory Finale.

Beiler was one of six tech entrepreneurs from Lancaster County who pitched their ideas to a panel of three judges. Boostpoint was the top selection of the judges, as well as the audience which also voted during the event.

In addition to seeing the idea embraced by other entrepreneurs, Beiler says roofers who have used the service have been able to connect with new customers.

Since he knew a lot of roofers, Beiler says they were a natural group on which to test the software.

“I believe the best way to launch a business is to be super specific on an industry vertical where you believe there is a fantastic market,” Beiler says. “We know that to be true in the roofing industry, but we’re building the product so it could be used by pretty much any small business.”

“There’s very few roofing companies that can hire a marketing person to figure out the Facebook ads, and they can’t figure it out themselves,” Beiler says.

Businesses sign up for a Boostpoint subscription and then also pay a small percentage of their Facebook advertising buys.

In addition to expanding it to other industries by offering templates specific to their needs, Beiler says Boostpoint could also be used by a marketing agency that wants to be able to offer targeted Facebook ads for its clients.

That entire system can be traced back to what Beiler tried to do when originally tasked with doing marketing for Equipter.

“I didn’t know it at the time, but I was learning hardcore marketing tactics that you learn taking a two-year college course,” says Beiler, who eventually earned his high school equivalency degree.

While Beiler provided much of the inspiration for Boostpoint, Neff pitched in with much of the technical know-how.

The 35-year-old Neff grew up around Carlisle and got a business degree from Messiah College. Before joining Equipter, he worked at a small construction company, so he says he was familiar with shoestring marketing budgets.

The new Main Street Exchange store along Lincoln Highway East near Gordonville is a sleek, modern looking women’s clothing store with racks an…

Johanna Rohrer wants you to know the backstory behind that last apple you ate.

As television news crews filmed a crowd outside a New York City hotel in February before the baby shower for Meghan, the Duchess of Sussex, a …