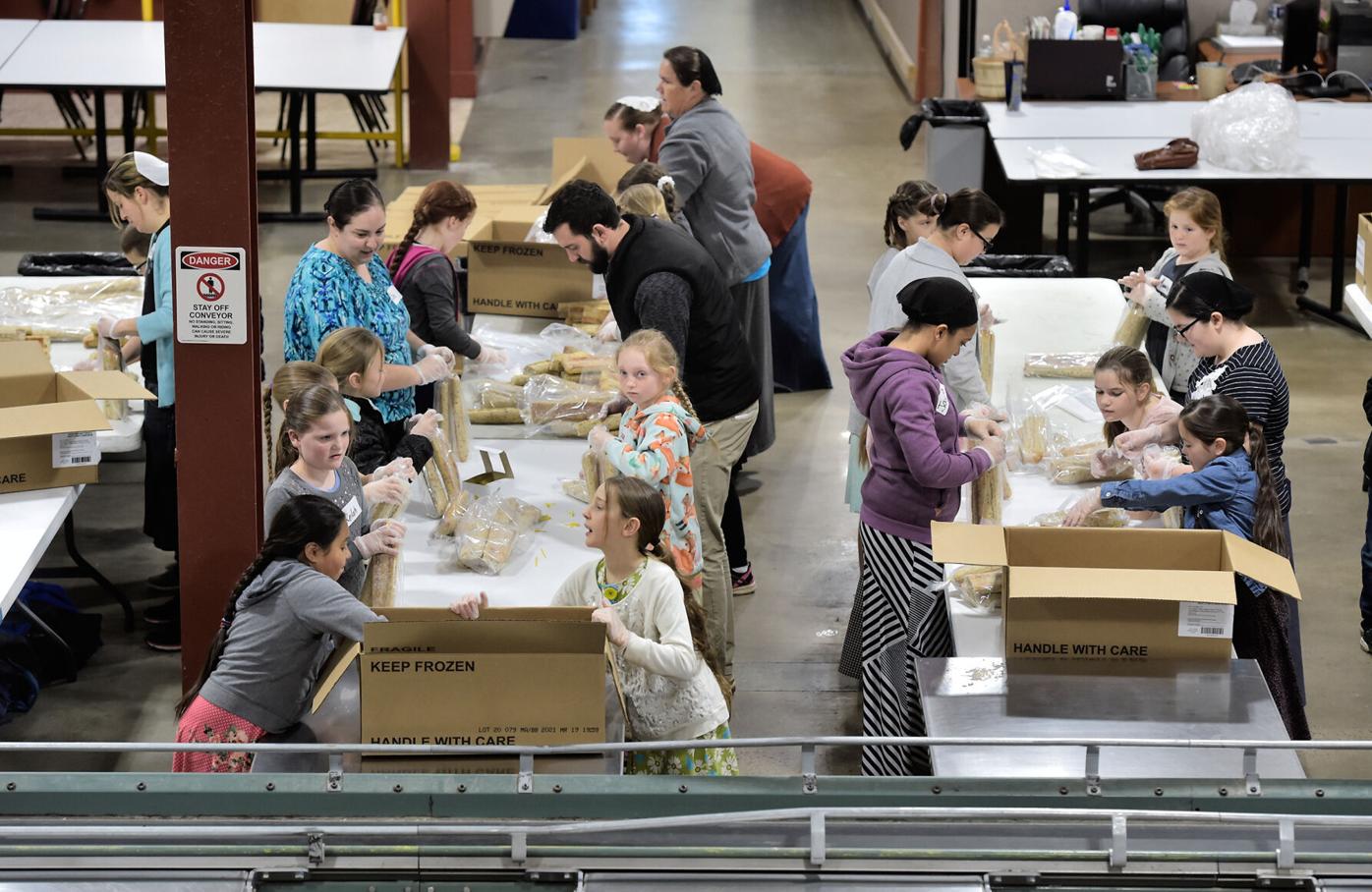 Volunteers break artisan bread in half to be repackaged for distribution from Blessings of Hope, a charitable food distribution center, where volunteers work to feed people in need on Monday, March 8, 2021. 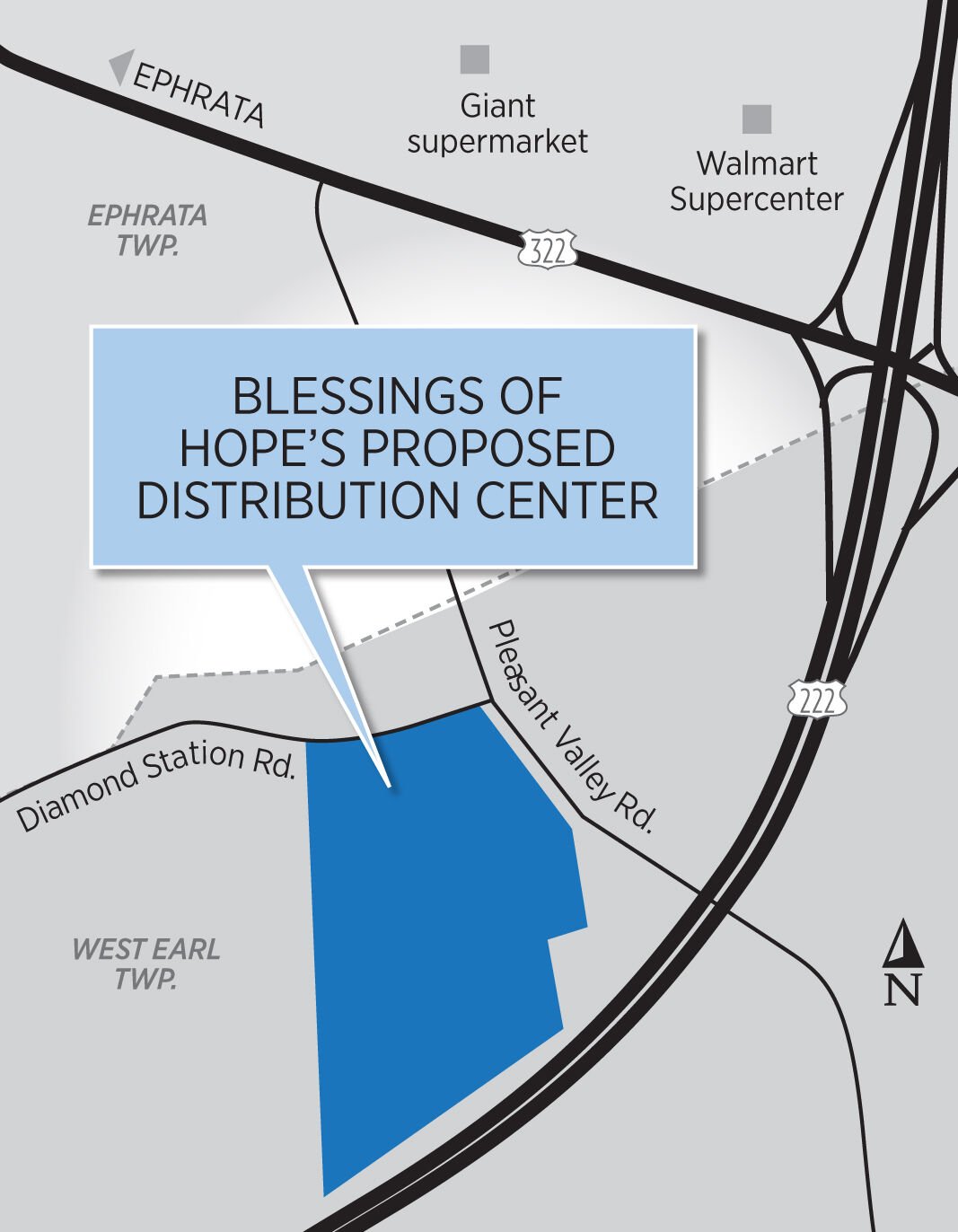 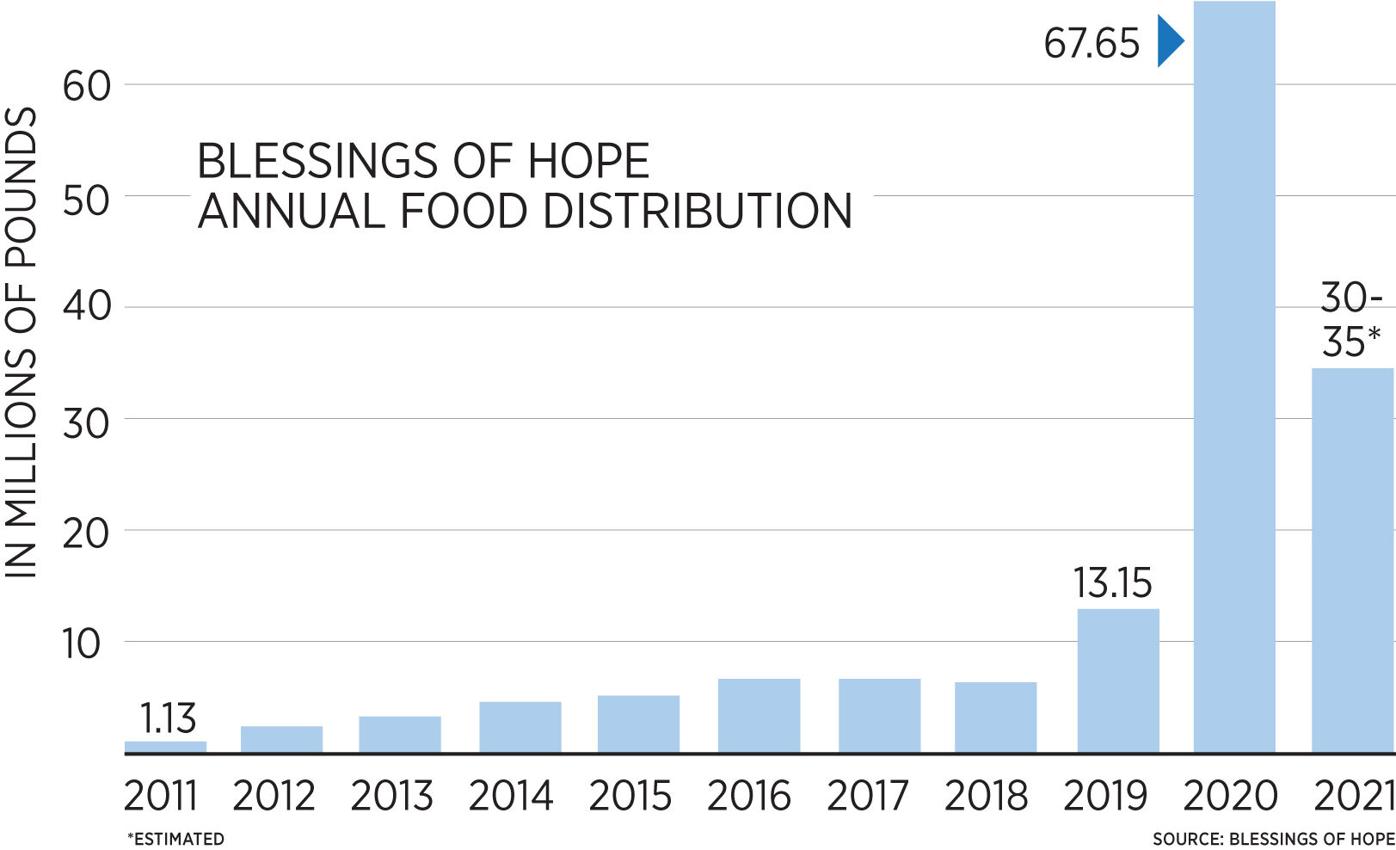 Volunteers break artisan bread in half to be repackaged for distribution from Blessings of Hope, a charitable food distribution center, where volunteers work to feed people in need on Monday, March 8, 2021.

Blessings of Hope is asking West Earl Township to broaden the type of facilities allowed on land that’s zoned agricultural, so the nonprofit can develop a $30 million food processing and distribution center on a farm near the intersection of routes 222 and 322 it has purchased.

The nonprofit, which takes fresh but unwanted food that’s destined for the landfill and instead supplies it to food banks, churches and other charities, on Friday submitted a proposed text amendment to the township zoning ordinance that would make its facility possible on the Ephrata area site.

Blessings of Hope saw demand for its food soar during the pandemic. Last year it supplied more than 67 million pounds of food throughout the Northeast U.S., five times its volume in 2019.

As LNP | LancasterOnline reported in August, Blessings of Hope wants to develop a 160,000-square-foot facility on about half of a 38-acre parcel on the south side of Diamond Station Road, near Pleasant Valley Road. Portions would stand 80 feet tall. But the soil is classified as prime farmland, prompting some neighbors to oppose the project.

Blessings of Hope purchased the parcel as part of a 46-acre property it acquired in June for $3.5 million because it’s outgrown its 44,000-square-foot facility on Becker Road in Warwick Township, and the township has rejected key parts of its proposal to expand there. The lack of capacity has caused Blessings of Hope to turn down trailer loads of food every day while people in the region go hungry, its CEO told LNP | LancasterOnline in August.

The CEO, David Lapp, said the amount of food that could be salvaged at the new facility would far exceed the amount of food that could be grown on the roughly 20 acres that would be lost. Lapp added that the nation already grows far more food than it needs, a claim borne out by federal data, which says 31% of food available at retail goes to waste.

Lapp also noted in August that the proposed site is near major roads and adjoins land zoned commercial, a designation that would allow the desired facility to be constructed.

“This proposal represents” Lancaster County’s community value of “pulling together to help one’s neighbors while recognizing and protecting our agricultural heritage,” Blessings of Hope says in its petition.

Historic Elizabeth Farms in Lancaster County heads to public auction: an interview with the owner

Editor's note: An earlier version of this story left out historical context about workers at…

Biking 18 miles through preserved Lancaster farmland? Here’s why it’s worth it [photos]

When: Ephrata Area school board meeting Oct. 4, held at the middle school and streamed via Zoom.