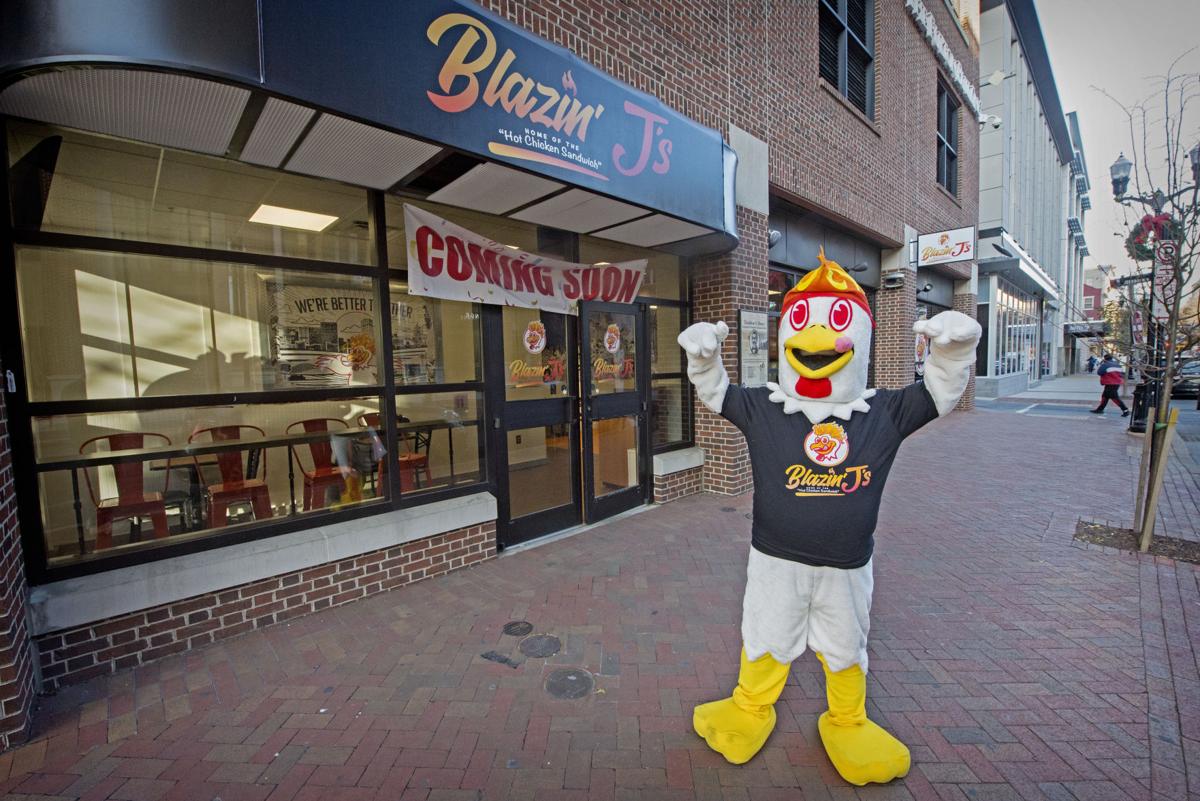 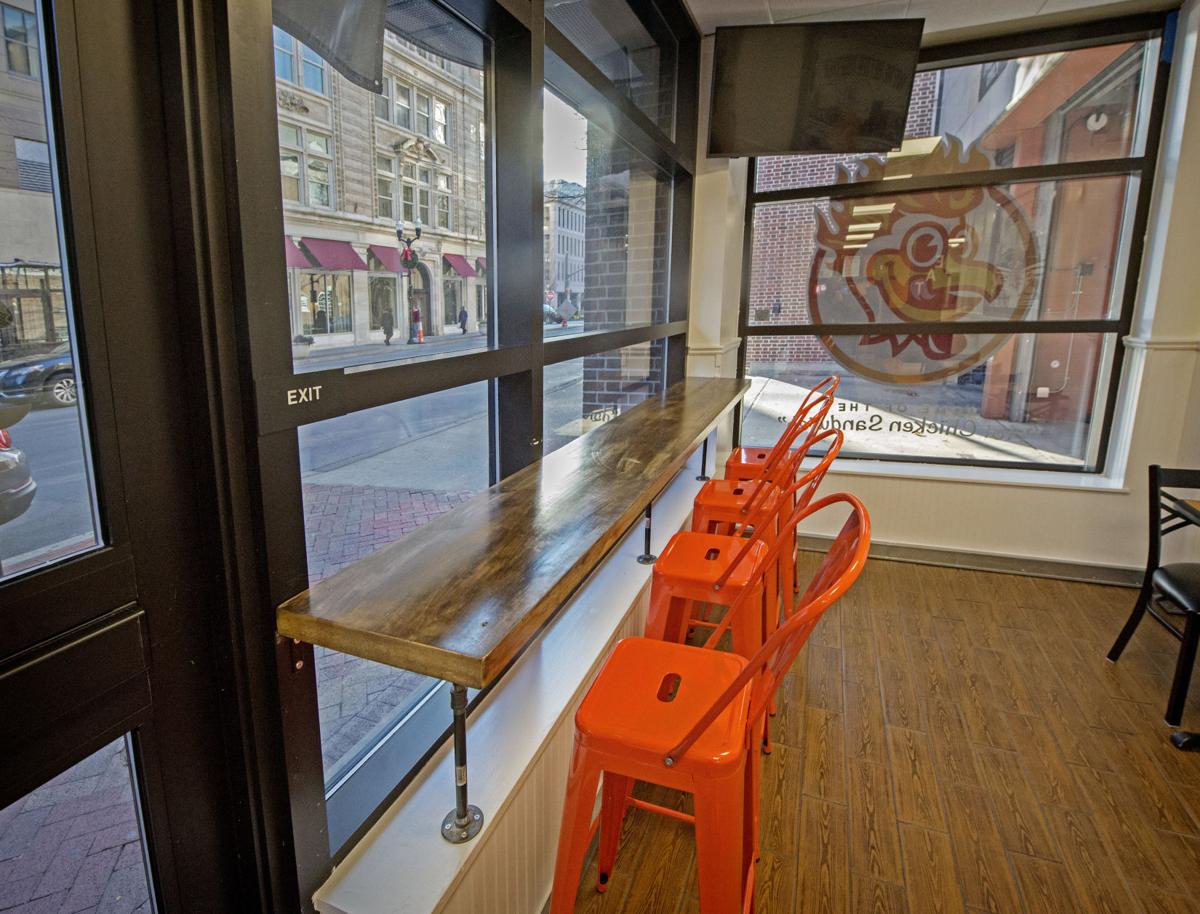 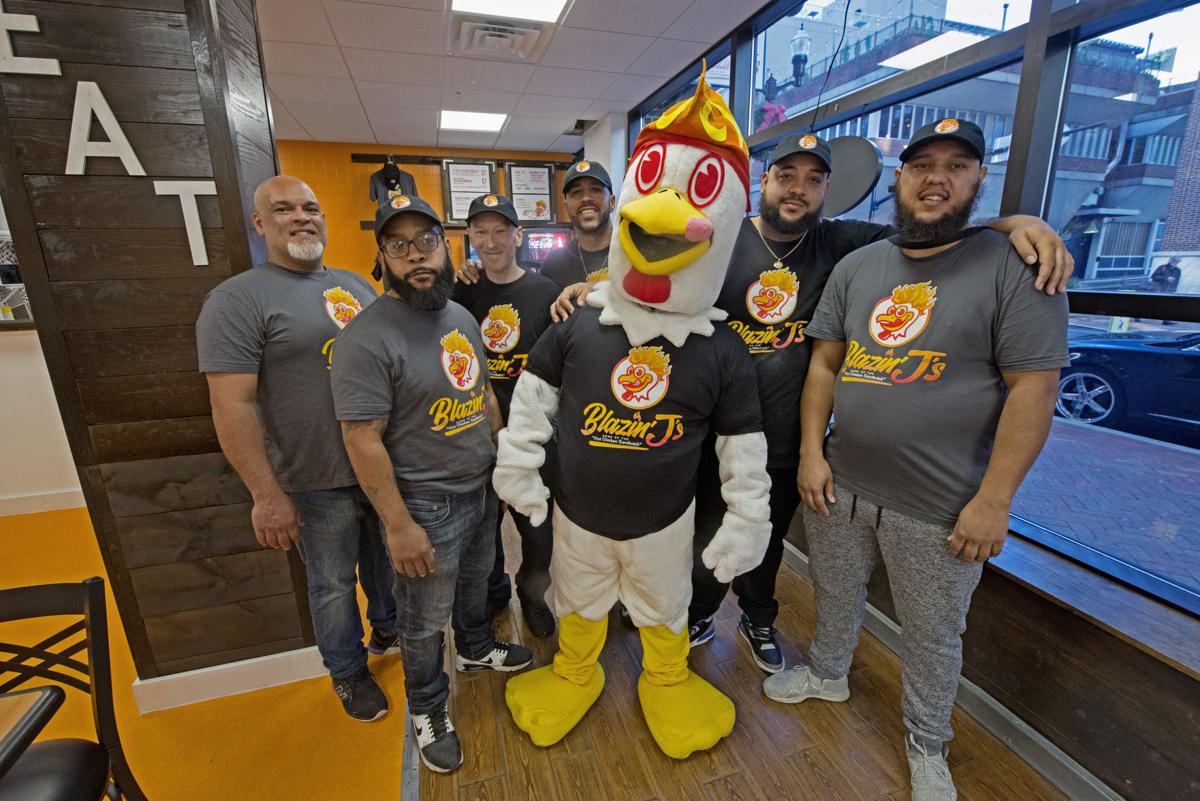 Billed as the “home of the hot chicken sandwich,” the 15 E. King St. eatery offers a simple menu of chicken sandwiches, chicken tenders and chicken salad as well as sides such as waffles and fries.

The restaurant has a variety of hot sauces that can be served on the chicken sandwiches or tenders.

Blazin’ J’s is a new restaurant concept by Jabron Taylor and his fiancee, Nicole Vasquez, along with Dustin and Heather Lewis, all of whom live in Lancaster. Vasquez also owns Nicole Taylor Boutique on Queen Street.

The independent restaurant takes a spot previously occupied by Tropical Smoothie Cafe, which closed a year ago. Taylor says it cost around $100,000 to launch the business, a cost that included renovations and branding.

Blazin’ J’s has seating for 14, including four stools at a window counter. It will operate with around 10 employees while featuring Blaze, a giant chicken that serves as the restaurant’s mascot.

Taylor says the owners hope to turn Blazin’ J’s into a chain and already have plans to open a second restaurant in Lancaster County. He declined to give the location of the second restaurant.

The former Babies R Us store, which closed more than a year ago, has a new tenant, Ashley HomeStore.

Blazin’ J’s, a chicken sandwich restaurant that opened last month in downtown Lancaster, will be opening a second location at Park City Center.

Closed since late September for renovations, The Limerick Neighborhood Delicatessen in Lancaster will not reopen.