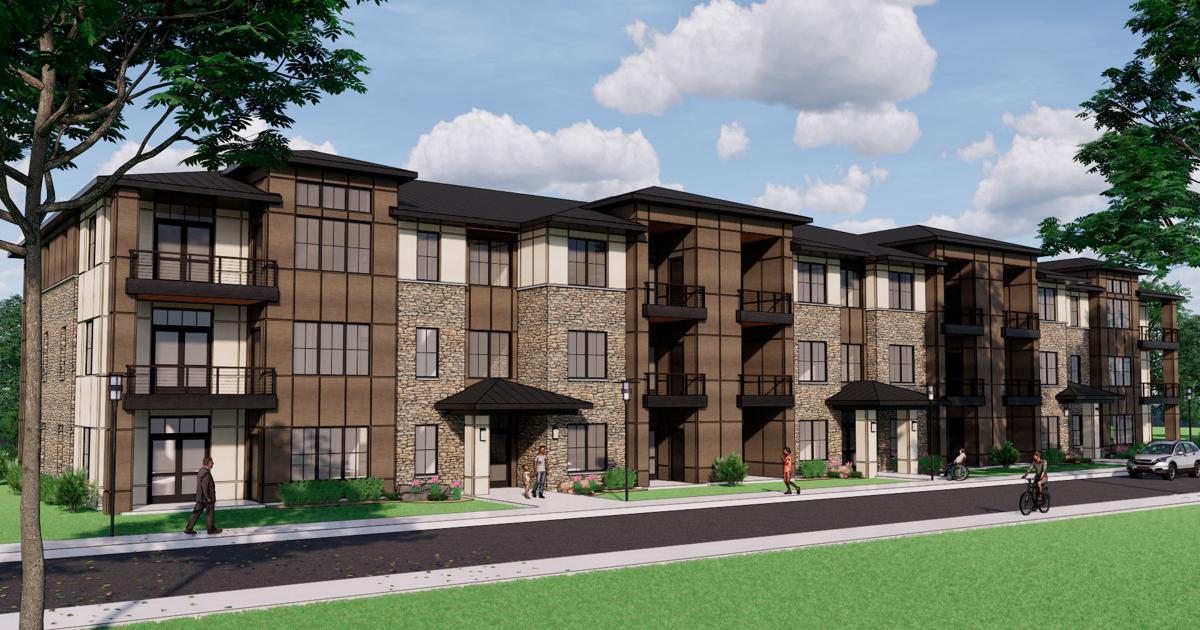 This rendering shows one of the two buildings that will comprise the Eclipse at Belmont apartments. 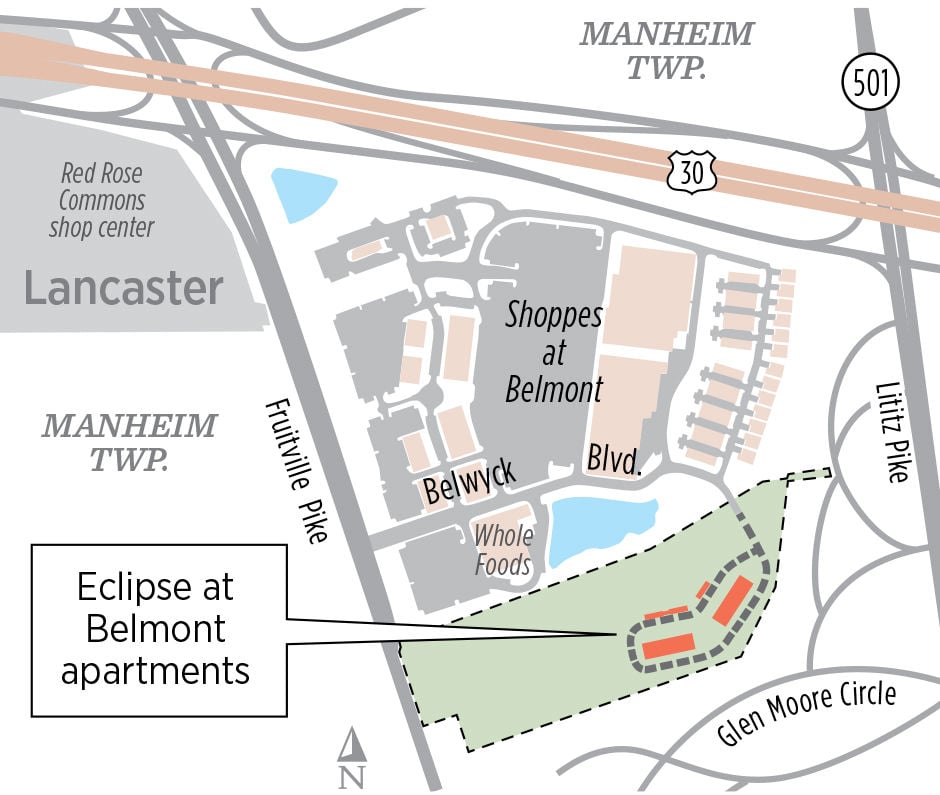 This rendering shows one of the two buildings that will comprise the Eclipse at Belmont apartments.

Belmont is best known as a shopping and dining destination, with Target, Whole Foods and a host of restaurants among its offerings.

But the Fruitville Pike project is more than stores. It’s a mixed-use development, with the “mixed” part being provided by housing.

And while the far larger retail side overshadows the residential side, the latter soon will get a somewhat bigger role.

Construction of 72 market-rate apartments — the second and final phase of Belmont — is set to begin in June, according to Belmont’s lead developer.

Named the Eclipse at Belmont, the market-rate apartments will be built southeast of Belmont’s Whole Foods supermarket. Occupancy of the $10 million apartment complex is set for early 2021.

“They’re made for people who want to live near the amenities of the shopping center and have an easy commute,” said Phil Frey, managing partner of Belmont developer Manbel Devco.

“There’s a demand for that,” he added Friday. “We’ll fill them very quickly.”

The Manheim Township apartment project will have two buildings of 36 units each — 24 one-bedroom units and 12 two-bedroom units per building.

Final plans for the project were approved by the township commissioners at their Jan. 27 meeting. The 16-acre site is zoned R-3, meaning high-density residential.

“It did not seem like a large expansion of the number of residents and we considered the change to be non-controversial,” said Commissioner Sam Mecum.

Frey said the traffic generated by the apartments’ residents will be light, although he did not have the exact predicted traffic count immediately available.

He added that the road improvements put in place to handle traffic from Belmont’s stores, townhouses and single family homes were sized to accommodate traffic from the apartments too.

When the 74-acre Belmont development was first envisioned, Frey said he figured the 16-acre portion could hold 100 to 125 apartments or townhomes.

But as his team took a closer look at that southern-most section of Belmont, a floodplain and wetlands from a stream that runs through that portion prompted a smaller approach.

“I wish we were able to build a lot more there, because there’s a need,” Frey said.

Belmont is a $105 million mixed-used development built on the former Hess farm. Its Shoppes at Belmont began to open in January 2018 when Chick-fil-A debuted.

It now has 28 restaurants and stores totaling 365,000 square feet. Managed by Waters Retail Group, the area is fully leased and fully occupied.

The existing residential component has 74 townhomes and 13 single-family homes constructed by Charter Homes. Charter Homes spokeswoman Lindsay Dunn said all have been sold.

Is Lancaster County's hotel building boom too much of a good thing?

The sole access will be from Fruitville Pike via Belwyck Boulevard, which goes past Michaels and Whole Foods.

With the Eclipse buildings to be constructed on the inner-most portion of the 16 acres, Frey said, “They’ll be tucked in there pretty nicely. They won’t be obtrusive.”

Manheim Township commissioners voted to approve a proposal to build 124 new housing units as part of a new development adjacent to Stoner Park.