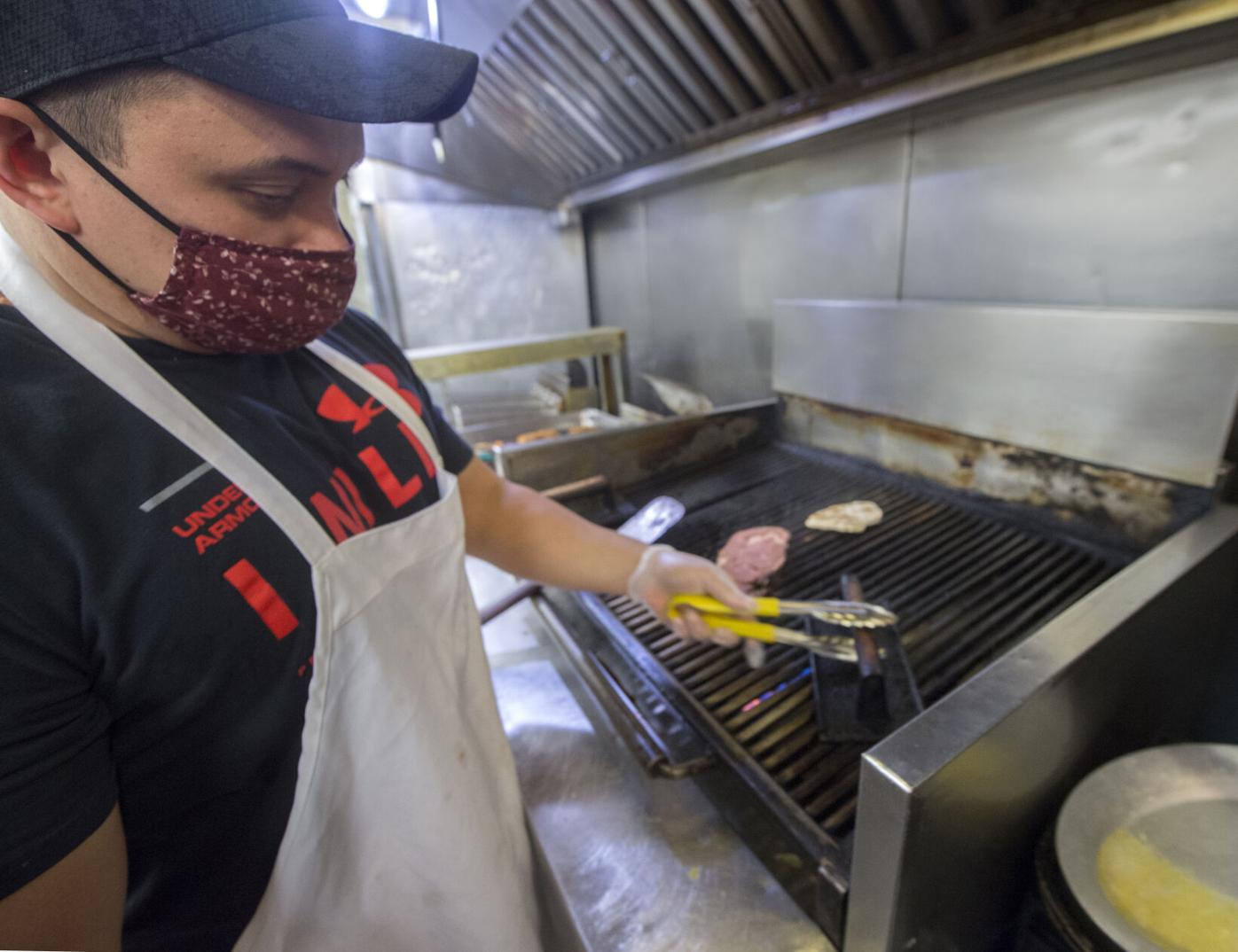 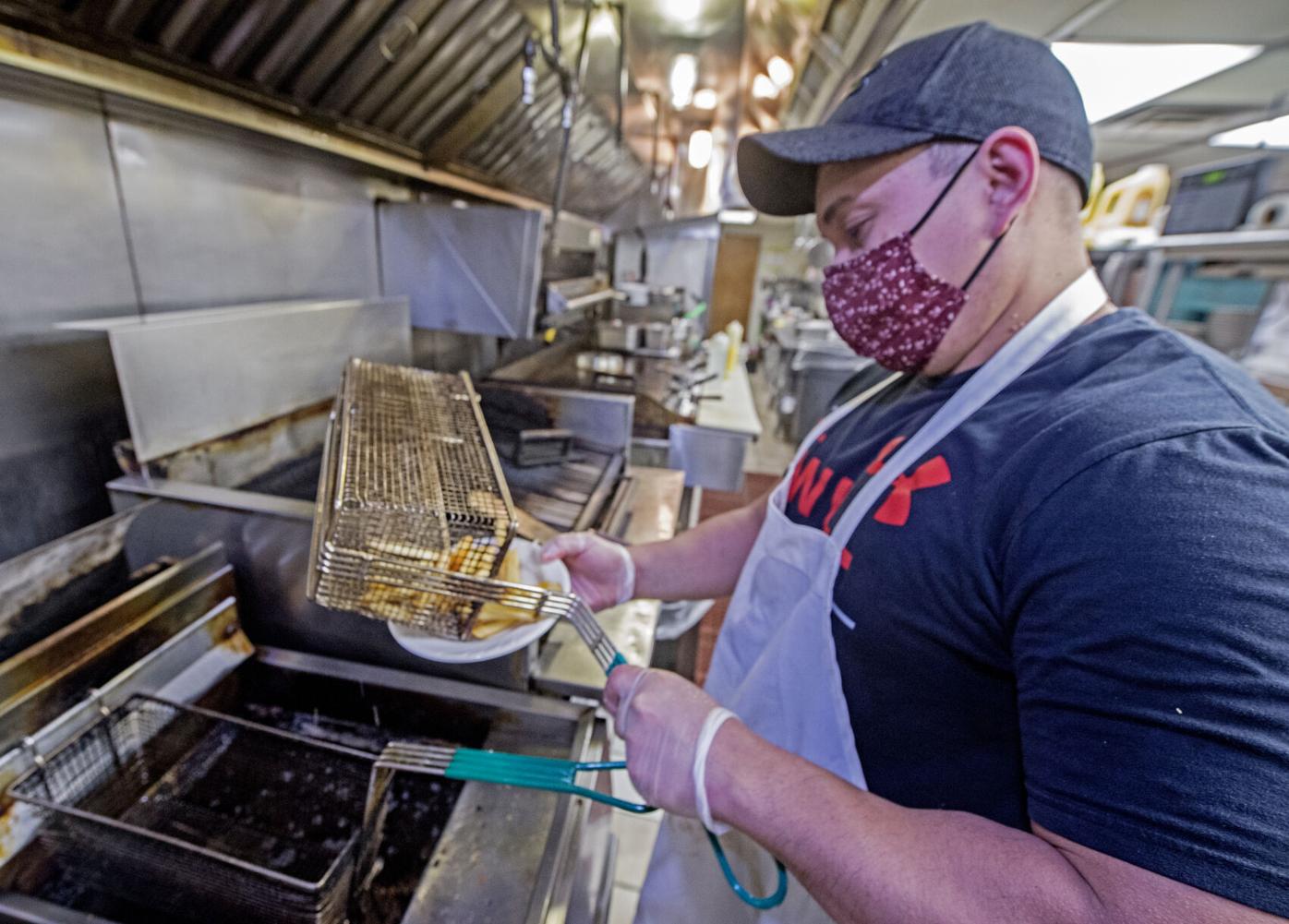 Shank's Tavern in Marietta has been closed for more than a year because of state-imposed restrictions on restaurant operations that went away today.

But Shank's didn’t open today. In fact, owner Bob Shank still isn’t sure when he’ll be able to open. The reason? He can’t find a cook, and doesn’t want to open without one.

“I’m having a stupid time trying to find help. It’s unbelievable,” he said. “I’m not trying to hire a French chef. It’s a tavern where you can get tavern food -- cheeseburgers and nachos, soup, and chili.”

Starting today, restaurants may resume serving customers at a bar, alcohol can be served without food, and the 11 p.m. last call will be lifted, allowing bars and restaurants to once again stay open until 2 a.m. In addition, restaurants can operate at up 75% capacity if they self-certify that they are following COVID-19 mitigation requirements, up from the current 50% limit.

That long-awaited loosening of restrictions was welcomed by restaurant owners. But now, many are struggling to staff up for the expected influx of customers. A year of changing rules for restaurants meant to help contain COVID-19 infections prompted some workers to leave the industry entirely. In addition, laid-off restaurant workers in Lancaster County receive more in enhanced unemployment benefits than the average 2019 pay for their positions.

Even restaurants that have boosted their pay rates continue to struggle in this high demand, low supply situation, with no quick end in sight. While widening availability of COVID-19 vaccines may ease workers’ health concerns, the enhanced federal unemployment benefit that has many laid off restaurants workers making anywhere between $39 to $92 more a week by staying home doesn’t end until September.

As a result, some eateries just can’t get help right now.

“It’s everywhere. Lancaster County, every sign you see is ‘Now hiring,’ ‘Help wanted, all positions,” said Shank, who has been disheartened by the response to the many ads he has placed. “We’re not even having anybody apply.”

The downhill trend was apparent when the board looked at the help-wanted ads posted by about 300 Lancaster County restaurants (fewer than half of the county’s 700 or so eateries) on job-search websites.

In the 2½ weeks before Wolf’s announcement, about 300 Lancaster County restaurants – fewer than half of the county’s 700 or so eateries -- posted online ads seeking to hire 899 workers. They filled 134 jobs, the board determined.

In the 2½ weeks since, the restaurants posted ads seeking to fill another 206 positions, filling a minuscule eight.

So the deficit in the combined workforces of this group of restaurants has grown from 899 to 963, according to the board. Restaurants are hustling the hardest to hire cooks (113 needed), waiters and waitresses (92 needed) and dishwashers (63 needed). (See related story.)

Akram Keisi, the owner of Willow Street Family Restaurant, says he got “zero applicants” after posting for a dishwasher, a cook and two servers. Now, he’s also looking for help for Café Arabella which he and his wife are opening this month in Lititz – “If I can find enough help.”

“Hiring people now is very difficult,” Keisi says. “Someone texted me a sign (at a restaurant) that says, ‘We are hiring for anyone who actually wants to work.’ That’s how bad it is.”

New Holland Family Restaurant owner Gary Glick, who posted that sign outside his restaurant last month, said it was prompted by need, as well as some frustration.

“I got a lot of free advertising out of it. It was all over Facebook,” said Glick, who had the now-hiring-anyone-that-actually-wants-to-work sign up for about a week, although he is still advertising for employees.

In addition to capitalizing on social media posts, Glick has raised wages for his employees, including a boost for cooks who used to make $14 an hour, but now start around $18.

“You have no choice. Unfortunately, at some point that gets passed on to the customers,” said Glick, who has raised some of his prices.

John Meeder, owner of The Imperial restaurant in downtown Lancaster, has also increased wages during the pandemic, including offering $15 minimum for servers, up from $12 an hour.

“From our standpoint, it’s a decision we made to attract the best servers we can, and then to keep them,” he said.

Wages have also been boosted at Artifice Ales & Mead, a brewpub slated to open this month in Manheim. Servers now start at $5 an hour, excluding tips, and bartenders’ hourly wage starts at $8 an hour, up from $5 an hour.

Yet owner Willie Wrede, who is also an owner of Medulsed Meadery in Lancaster, says he hasn’t been able to hire enough people, and plans to open with reduced hours, which includes not being open at all on Monday and Tuesday.

“It’s unbelievable. I’m sure it has to do with their making unemployment and now they have that extra $300 coming in,” said Shank. “Some people would just rather sit around and watch soap operas, and not work.”

Morgan Hays, a Harrisburg attorney for Saxton & Stump who specializes in employment law, says the state Department of Labor & Industry, which oversees unemployment claims, hasn’t changed many of its rules during the pandemic, except the one that required claimants to apply to two jobs a week. While that requirement will be suspended until Gov. Wolf ends his pandemic-related emergency order, people collecting unemployment can still become ineligible for benefits if they reject “suitable work” without “good cause.”

Yet Hays says there’s some “wiggle room” for determining what is “suitable work” as well as what could be a “good cause” for refusing to come back. For example, the right to reject work because of health concerns has been more widely utilized during the pandemic, she said. And, the discretion given to employers to dispute some claims means many bosses allow their employees to continue collecting since they might be aware of the extenuating circumstances.

In practice, since the $300 federal subsidy is available to people on partial unemployment, restaurant workers have discovered an incentive to refuse some work.

“If you literally qualify for $1 of (state) unemployment, you got that $300,” said Tammy Distasi, a longtime bartender and server who over the last year has experienced how some extra shifts could mean the loss of lucrative benefits.

Yet Distasi thinks restaurant owners are so desperate to keep employees attached, they won’t dispute an employee’s unemployment claim, since they will need them down the road.

“I think restaurants this summer are going to be crazy, crazy busy,” she said.

Experienced workers such as Distasi are finding that they have their pick of jobs.

Distasi, who has been working at Fiorentino’s in Lancaster Airport and at a catering company, says she was recently offered four new jobs, even though she wasn’t really looking. She accepted one as a bartender at Stubby’s Bar & Grille, which is planning to open a new location later this month in Manheim Township.

His hours were reduced, so he filed for unemployment. Yet when he started working more, Crisostomo said he noticed that work didn’t actually pay, since he could have sometimes made more by staying home.

“Unemployment was helping, but it was sometimes helping a little too much,” he said.

Crisostomo took the job at New Holland Family Restaurant since he could work all the hours he wanted. He declined to say how much he’s now making as a cook, but described the pay as “really competitive.”

“I value working somewhere where I’m appreciated,” he said. “My time is valued to them just like it is to me.”

As Lancaster County restaurants search desperately for employees, a trove of experienced wor…

After the cruelest year, April will bring new hope to the battered restaurant industry.

During nearly a year of restrictions on restaurants meant to limit the spread of COVID-19, G…

After 1 year of COVID-19, Lancaster County restaurant industry still waiting for normal; 'It's the most I did to lose money'

A year ago, Frank Fontaine was getting ready to help launch Double C Restaurant in Lancaster city.

Over the last year, restaurants have implemented new safety practices, changed their dining …

Restaurants in Pennsylvania were allowed on Sunday to resume serving customers at bars and selling alcohol without food, among other loosened …

As of Tuesday, the Lancaster County Community Vaccination Center had about 12,000 open appointments for a COVID-19 vaccine over the next week.

COVID-19 hospitalizations are continuing to increase in Lancaster County and statewide, even as vaccinations accelerate and the pool of vulner…