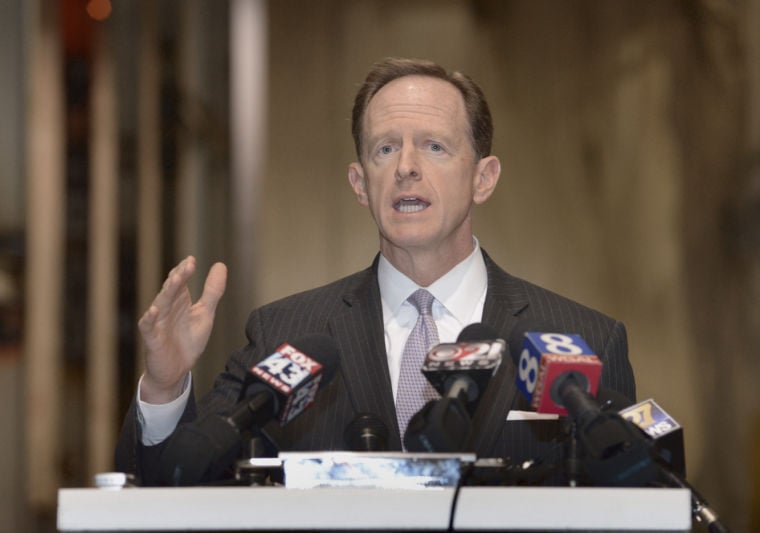 U.S. Sen. Pat Toomey speaks Friday at a ceremony to kick off a $41 million expansion of Armstrong's Dillerville Road plant. 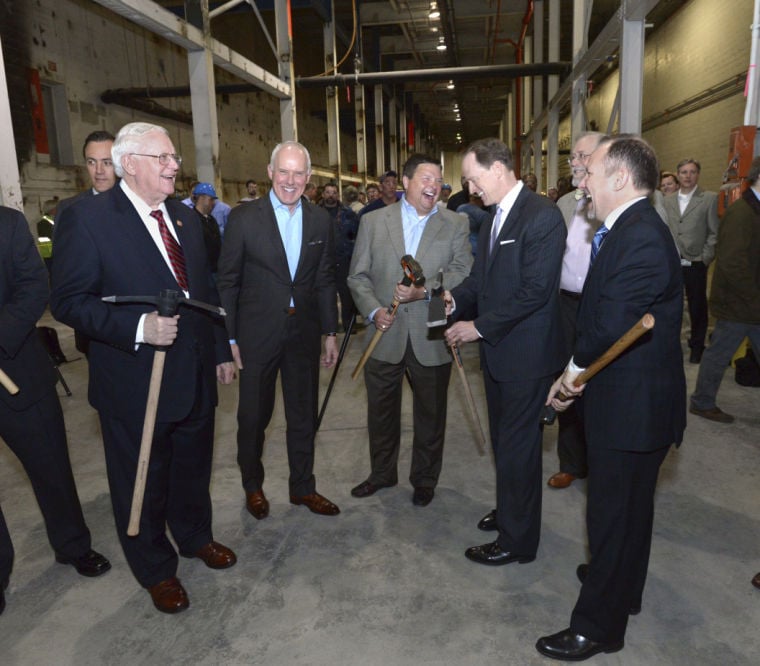 U.S. Sen. Pat Toomey speaks Friday at a ceremony to kick off a $41 million expansion of Armstrong's Dillerville Road plant.

Armstrong World Industries formally started an expansion Friday of its Lancaster floor plant, so it can begin making luxury vinyl tile there.

The $41 million project, announced by the company in October, is expected to create 60 jobs.

Shipping of luxury vinyl tile from the city plant is expected to begin in mid 2015.

Officials attending the ceremonial start of installing the production line  lauded the role of the plant employees in bringing the work here.

“What we see here today, this is the new story about manufacturing in America,” said U.S. Sen. Pat Toomey.

“We remember many many years where the story was all the lost jobs, the lost work, the manufacturing that went somewhere else.

“Ladies and gentlemen, we are in the process of a renaissance in American manufacturing, and no state is contributing more to that renaissance than Pennsylvania,” said Toomey.

The Pennsylvania Republican credited the track record of the floor plant employees for helping to bring the project here.

“We’ve got the best workers in the world. This work wouldn’t be coming here without you,” said Toomey.

Lancaster, with its excellent work force, know how, energy costs and other attributes, “can compete with anyone,” said Pitts.

The congressman, like Toomey, observed that Armstrong is part of wave of manufacturers that are bringing production back to the U.S.

Armstrong, said Pitts, is “a great model to the manufacturing community in the United States.”

“With your commitment and hard work, anything is possible,” said Espe.

“And it’s because of your hard work that we’re as strong and healthy as we are today.”

At the conclusion of the remarks, Toomey, Pitts, Espe and other officials took up pickaxes and sledgehammers and posed for photographs. But no one swung.

The new line for the residential and commercial luxury vinyl tile will be installed inside  a vacant 30,000-square-foot section of the Dillerville Road complex.

Among the other 70 or so people attending Friday’s ceremony were state Sen. Lloyd Smucker, Mayor Rick Gray and City Councilman James Reichenbach.

Tim Mekeel is the Lancaster Newspapers business editor. He can be reached at tmekeel@lnpnews.com or (717) 481-6030. You can also follow @tmekeel_lnpnews on Twitter.

For a company to invest $41 million in a plant expansion, it needs a good reason.