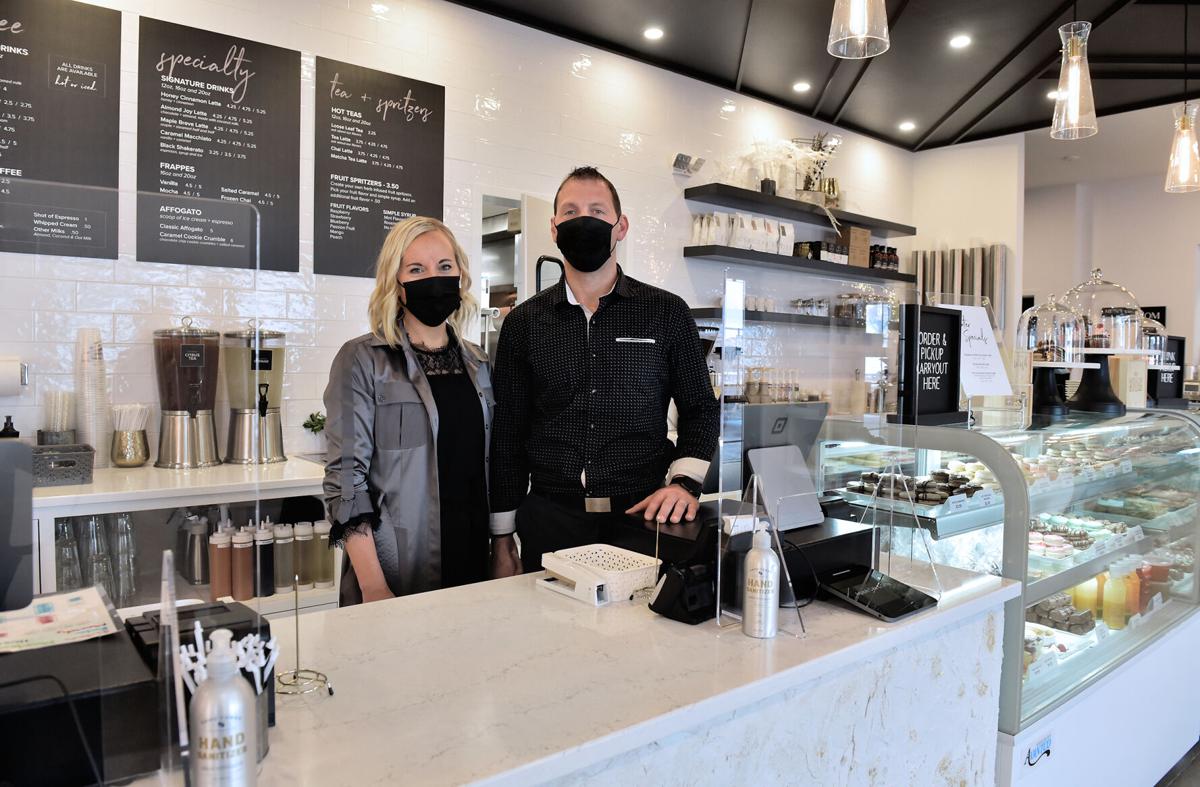 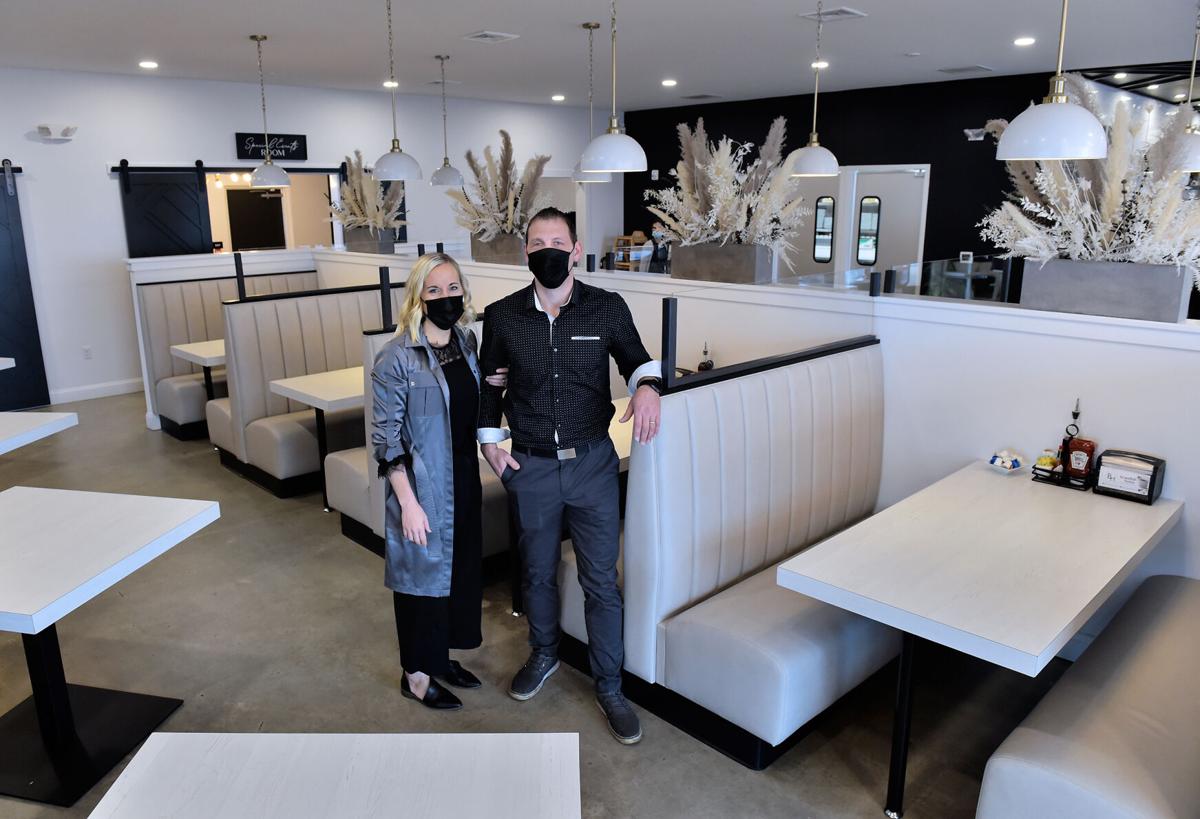 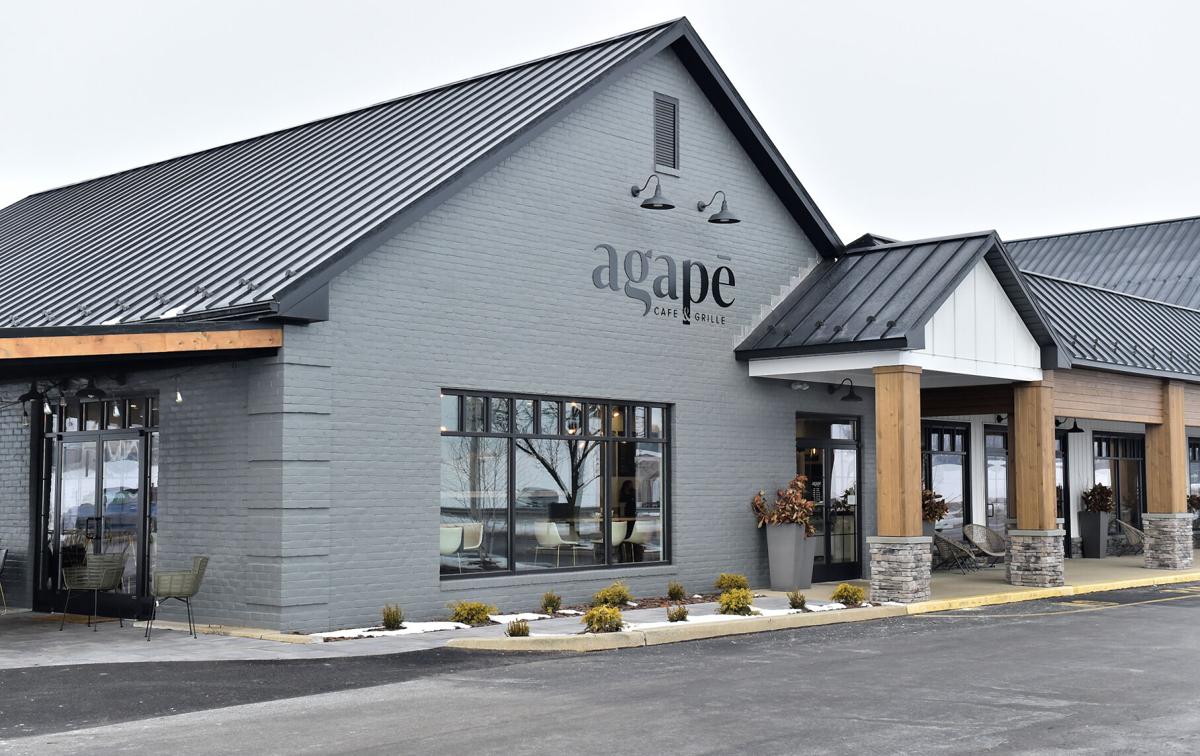 Ruthie and JR Stoltzfus, owners of Agape Cafe & Grill, pictured at 366 Hartman Bridge Road, where they received a COVID-19 related closure order from the Department of Agriculture. They were able to make all corrections and were reinspected and are open for business on Tuesday, February 9, 2021.

Ruthie and JR Stoltzfus, owners of Agape Cafe & Grill, pictured at 366 Hartman Bridge Road, where they received a COVID-19 related closure order from the Department of Agriculture. They were able to make all corrections and were reinspected and are open for business on Tuesday, February 9, 2021.

Stoltzfus said her restaurant near Strasburg has been trying to follow COVID-19 rules, is careful about limiting capacity, requires employee masks and enforces social distancing as best it can. Yet she has also seen that customers complain about things that feel out of her control.

“Honestly, it could have been a customer that was coming in that we didn’t yell at (about wearing a mask),” she said. “I go back and forth on that, but I don’t kick my customers out.”

During the Jan. 29 visit, Stoltzfus said the inspector pointed out some things that could be improved, including a COVID-19 related safety sign that should be on the door, not beside it, booths that should have Plexiglas on the top and two tables near the front that were too close to the checkout area.

Stoltzfus said she agreed to make the changes which would be verified with a follow-up inspection in seven to 10 days. Then the inspector added one more thing: a “closed by order” notice.

Since the beginning of the pandemic last March, restaurants have been a focus of mitigation efforts meant to slow the spread of COVID-19, with the agriculture department’s restaurant inspectors on the front lines. In mid-December the department stepped up enforcement when it began issuing “closed by order” notices to restaurants that violated Gov. Tom Wolf’s three-week ban on indoor dining that lasted until Jan. 4.

Some restaurants have been defiant before and after receiving closure notices. But Agape Café’s experience shows that heightened customer vigilance and the state’s shifting approach to enforcing restaurant rules create an extra burden for restaurant owners just trying to stay afloat.

“Honestly, I just found it all strange because typically you get a warning. I did not realize they’re changing the way that process is run,” said Stoltzfus, who owns the restaurant with her husband, JR. “It is what it is, and I just wanted to get back in compliance.”

The Stoltzfuses, who opened Agape Café & Grill in October, also own Dutch Family Restaurant in Germantown, Maryland, which remains closed because of local prohibitions on indoor dining.

In mid-December the agriculture department began giving “closed by order” notices to restaurants that violated Gov. Tom Wolf’s three week ban on indoor dining, which expired Jan. 4. The issuing of closure notices continued after the end of the ban, with a total of 26 restaurants in Lancaster County receiving them, more than any other county where restaurants are inspected by the state.

Many closure orders were issued for violations of Wolf’s three-week indoor dining ban. Exceeding capacity limits, not requiring masks for employees, improperly displaying COVID-19 safety signs, and having tables too close together have also been cited with some restaurant closure orders.

Agape Café and Grill was the most recent Lancaster County restaurant to get a closure order from the agriculture department, which didn’t issue any last week, partly because inspectors were hampered by heavy snow. Agape Café was reinspected Feb. 9, found to be compliant, and had its closure order dropped. The restaurant remained open the entire time.

“Nobody ever told us we have to close the doors,” Stoltzfus said. “We were told ‘We’ll come back in seven to 10 days.’”

A closure notice doesn’t necessarily mean a restaurant will shut down, and most of the restaurants that have gotten them have remained open. But if they continue to operate, they can be referred to the Department of Health for possible further measures. So far the health department has sued 40 restaurants in Commonwealth Court for allowing indoor dining during the three-week ban on dine-in services. Seven Lancaster County restaurants are named in those lawsuits.

Agape Café isn’t facing any continuing sanctions, but Stoltzfus said the experience has left her confused. “It feels like there’s a lot of interesting situations where you’re like ‘Whoa, I thought I was doing everything I was supposed to do,’” said Stoltzfus, who has spent 21 years in the restaurant industry.

A review of the agriculture department’s public statements about enforcement indicate it changed its approach to enforcement during Wolf’s three-week ban on indoor dining, which went into effect. Dec. 12. Before then, the agriculture department said restaurants that didn’t make corrections when inspectors were on-site would receive a warning letter, which would be followed up with another inspection.

The agriculture department’s online dashboard of COVID-19 enforcement actions also included a listing for “COVID-19 Related Warnings Issued,” with some warnings issued as recently as Dec. 20.

“Upon confirming that they are not following the COVID-19 mitigation orders, the inspector gives them another chance to comply. If they refuse, the inspector issues a closure order,” she said Feb. 10.

Powers did not explain the discrepancy between her statement about “no warnings” and some of the department’s recent public notices, including a Dec. 2 press release that said in part: “Businesses unwilling to correct on-site will first receive a warning letter.”

During the pandemic, the agriculture department has encouraged consumers to file complaints about restaurants not following the rules and Lancaster County consumers have been particularly vigilant.

Since Dec. 14, COVID-19 related complaints here about restaurants have led to 74 inspections, the most among areas of the state handled by the agriculture department. The second-highest number of “complaint driven inspections” was 49 in Berks County, followed by 43 in York County.

And in Lancaster County, more than a third of the total state restaurant inspections since mid-December have been driven by complaints. That compares to 14% in the rest of the state, a number that does not include the 140 local health departments – including Lancaster city -- and six counties that do their own enforcement of the state’s health code.

And as happened with Agape Café & Grill, customer complaints lead directly to extra inspections, which can easily result in closure notices. So, it follows that the county with the most complaint driven inspections – Lancaster – also has the most restaurants receiving closure notices.

“You don’t know if that’s a group of very vigilant people, or if (Lancaster restaurants) are all at fault,” Stoltzfus said.

As Agape Café & Grill was getting out from under the shadow of its “closed by order” notice, Stoltzfus said she got another lesson in how easy it is to attract unwanted attention from regulators.

Last Tuesday, soon after the restaurant inspector left after confirming everything was in compliance, Stoltzfus said she had to deal with a customer upset that some other customers weren’t wearing masks. Stoltzfus said she tried to respond with kindness, but knows it might not have been enough.

“The woman said she’ll never be back, and will tell everybody about it,” Stoltzfus said. “And I was like, ‘Hey, she’ll probably call my inspector.’”

Rick Voight is taking the coronavirus pandemic seriously, so when he recently stopped at a C…

On Monday, Lancaster County restaurants will once again be allowed to offer some indoor dini…

36: Percentage of inspections prompted by complaints

14: Percentage of inspections prompted by complaints

*Most in areas of state handled by agriculture department

**140 local health departments – including Lancaster city – and six counties do their own enforcement.

Too busing enjoying your weekend to login and get your dose of LNP | LancasterOnline? Not to worry, we got you covered.

Roughly 100,000 Pennsylvanians may have their first or second dose of the Moderna COVID-19 vaccination delayed because of what state health of…