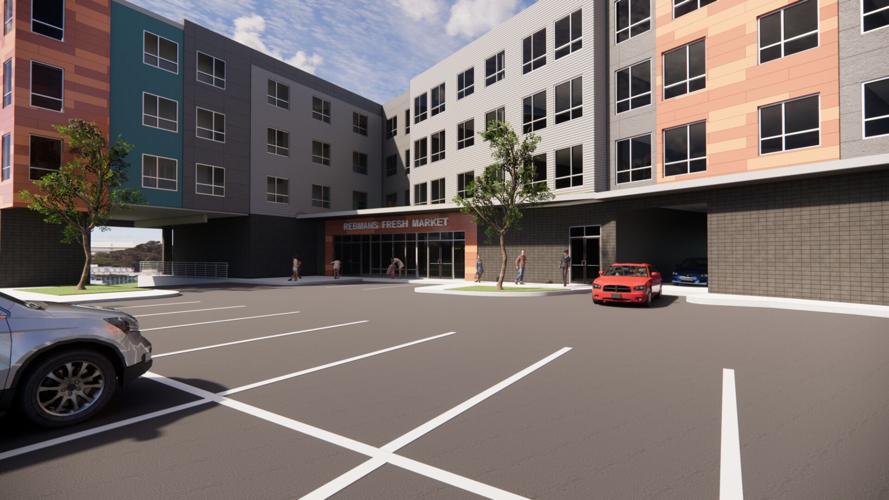 A rendering of the new proposal for the former Rebman's site looking at the back entrance. 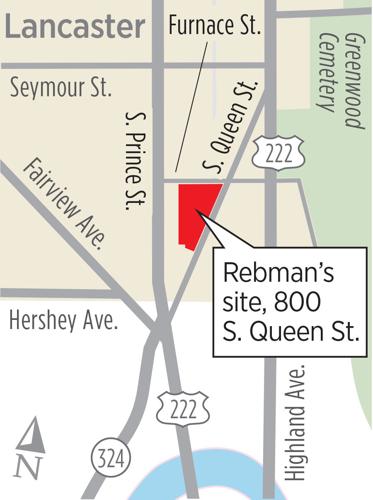 A rendering of the new proposal for the former Rebman's site looking at the back entrance.

The developer behind the project at the former Rebman’s building at 800 S. Queen St. has dropped some commercial space from the plans to address concerns about parking availability.

The changes, presented to the Lancaster city Planning Commission this week, allow more parking on the site, a concern expressed by nearby residents, said Jeremy Feakins, head of developer JPF Venture Group. The proposal includes 93 parking spaces now, up from the 68 proposed last year.

Originally pitched as a 72-unit building, Lancaster-based JPF Venture Group presented a plan to the Lancaster city Planning Commission this week with 69 units and a ground-level parking garage, according to the city’s chief planner, Douglas Smith.

Commercial space for a ground-level grocery store is still part of the proposal.

The proposal is currently under review by city officials.

In addition to a land development plan approval, the site also needs changes to its electric utility lines, Feakins told LNP | LancasterOnline. The lines that will service the development need to go underground, he said.

Feakins predicted construction will begin before the end of the year, which would mean an opening date in 2023.

Rebman’s was a family-owned party-and-holiday decorations and supplies business that operated the South Queen Street location from 1949 through 2003. The building has been used for storage since. Feakins bought the tract in 2006.

In December, JPF Venture, under the project’s moniker, OZ Fund, Inc., won a $1 million state grant to build affordable homes for working families in Lancaster. The developer had originally applied for $5 million.

JPF Venture is using an investment fund in order to participate in the federal Opportunity Zone program – an economic development initiative funded through tax breaks on income generated by capital gains.

Instead of getting taxed on profits made by selling assets like real estate or stocks, wealthy individuals or investors can park those profits in a fund for at least 10 years.

Feakins said Opportunity Zones are not widely known, but JPF Venture has been able to attract investors in the region who care about creating affordable housing.

“That's probably a more overriding factor for investors rather than what the government’s giving back in terms of tax breaks,” Feakins said.

On-street parking rates in downtown Lancaster could soon increase to $2.50 an hour if City C…

Some of Lancaster County’s 1,026 bridges may be repaired or replaced sooner than expected as…

Would Lititz Pike Chick-fil-A really be biggest in PA?

Here are the eight sizable rental-housing projects proposed or underway in Lancaster city. Only two include affordable housing, as indicated below.

-Former Lancaster Regional property, 200 block of College Avenue and nearby streets, up to 120 affordable units and 205 market-rate units.

A top manufacturer of rooms used for making drugs and other products that require sterile environments will open a new $14.2 million Manheim f…

Historic shortage of homes for sale, increasing interest rates could mean some buyers will be priced out of the market