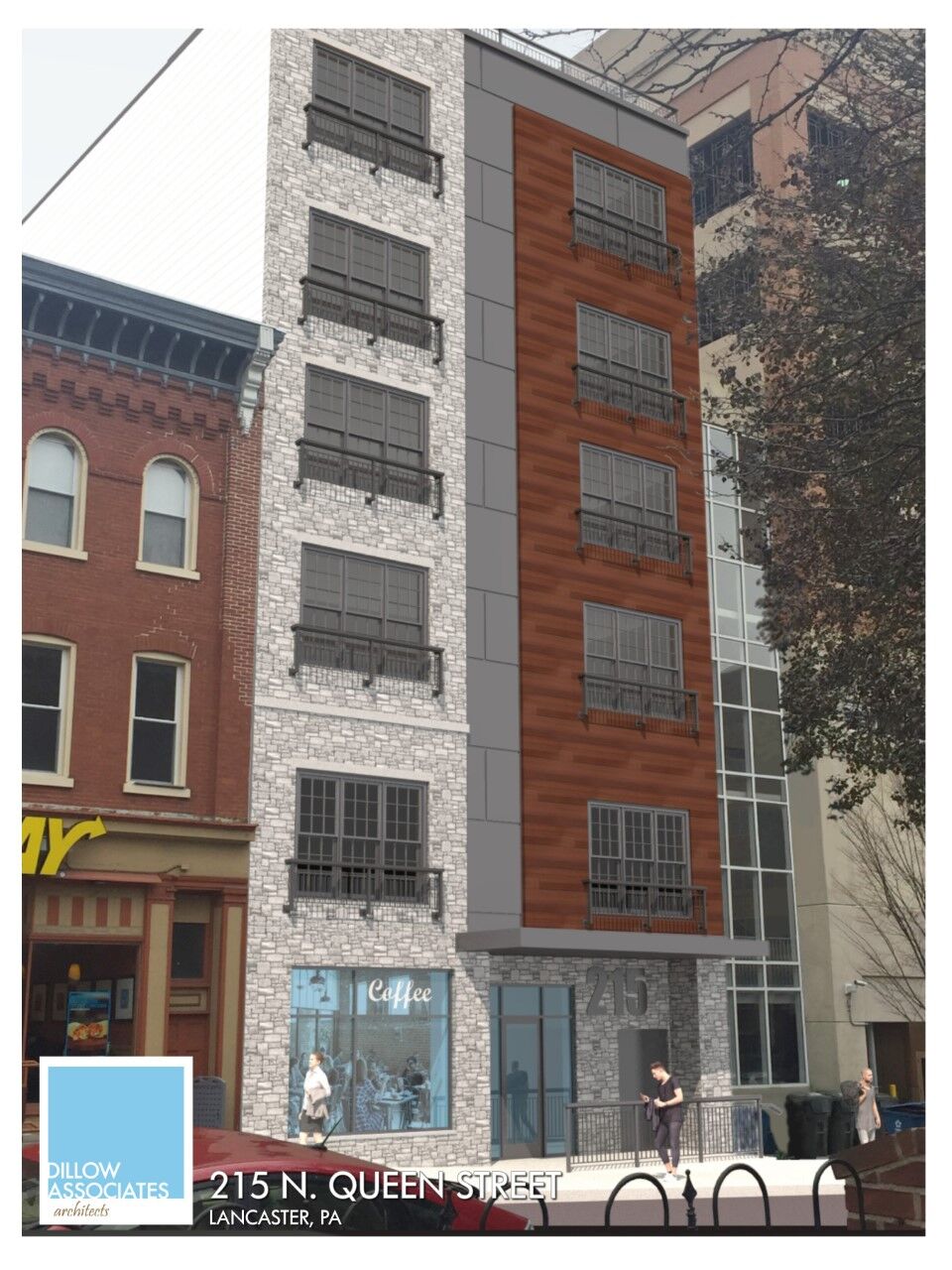 This rendering shows a proposed six-story building with 51 apartments at 215 N. Queen St., formerly the site of Empire TV. 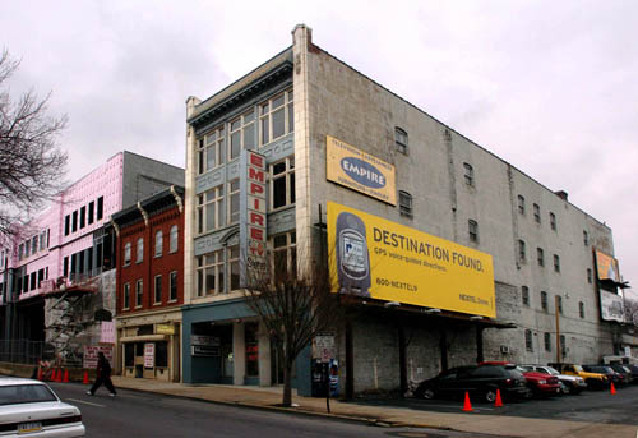 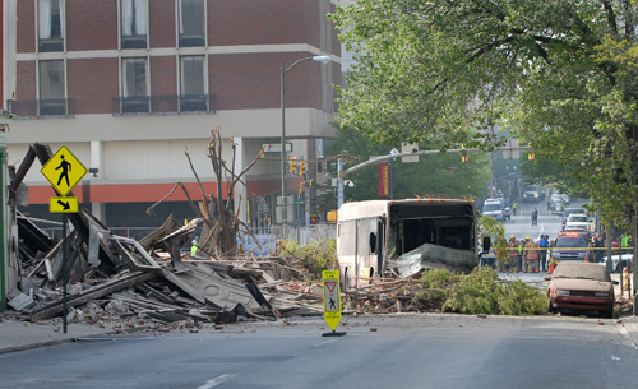 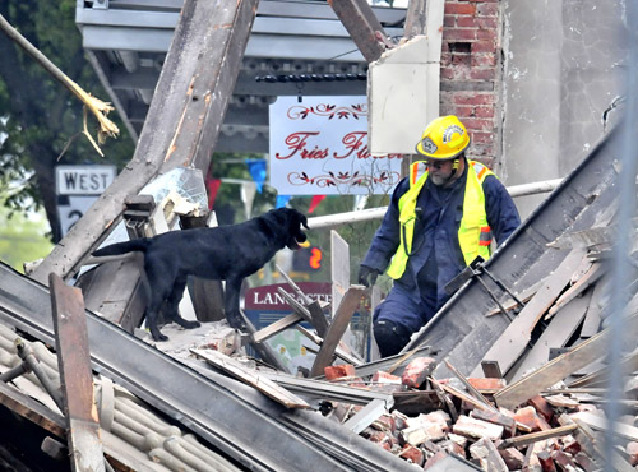 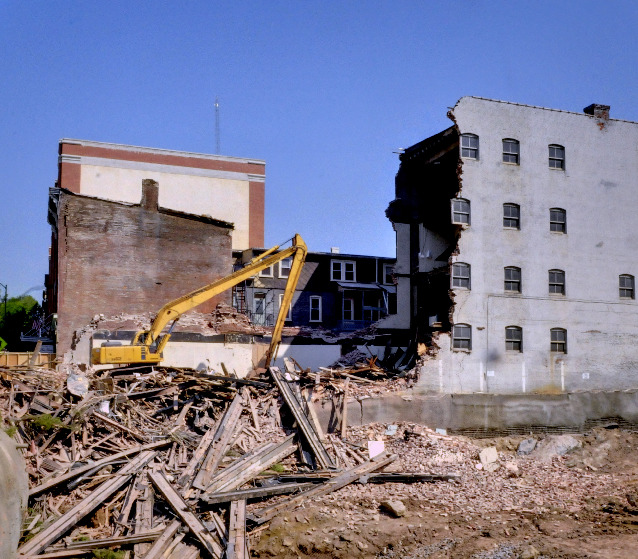 A piece of heavy machinery sits idle on a pile of rubble in front of the remaining part of the former Empire TV building at 215 North Queen Street. (Blaine Shahan / Staff)

This rendering shows a proposed six-story building with 51 apartments at 215 N. Queen St., formerly the site of Empire TV.

A piece of heavy machinery sits idle on a pile of rubble in front of the remaining part of the former Empire TV building at 215 North Queen Street. (Blaine Shahan / Staff)

Seeing a strong demand for more rental housing in downtown Lancaster, a new local partnership is proposing another apartment building for Queen Street.

The group is proposing to develop a six-story building with 51 apartments at 215 N. Queen St. -- a vacant lot that previously was the site of the Empire TV building, which collapsed in 2010.

The new building, costing more than $9 million, would join three other apartment projects being proposed by other developers totaling more than 500 units on Queen Street, a main artery that bisects the city.

The Myers brothers and Eberly have five other city housing projects either underway or on the drawing boards under their own partnership, Eberly Myers.

Subject to securing several city approvals, this new partnership hopes to break ground in the spring. Construction of the building, to be sized at 42,000 to 45,000 square feet, would take 12 to 15 months. All the apartments would be one-bedroom units, averaging 555 square feet in size.

The targeted site is narrow, just 35 feet wide, between a three-story building that includes a Subway restaurant and a six-story parking garage that includes the Federal Taphouse.

However, since all of the new apartments would face north and the three-story portion of the Subway building is not especially deep, the new units would have an open view, not face a brick wall, according to Myers.

The venture technically would be a mixed-use project, as it would have a commercial use such as a “grab-and-go” eatery on part of the first floor. Having apartments on that ground floor as well would require the partnership to get a zoning variance.

Because of the project involves construction within the city’s Heritage Conservation District, the partnership also needs to get the project’s appearance and materials reviewed by the city Historical Commission and approved by City Council.

That process started Monday when the developers got informal feedback from the commission, which voiced concerns about the use of stone, balcony railings, small window grids, tinted glass and faux-wood metal siding, indicating those items would not be compatible with neighboring structures.

In a month or two, the new partnership will return with a revised proposal, which the commission will vote on, and forward to council for a final decision. Council approval is required for the venture to get a building permit.

Will COVID-19's hold on Lancaster County economy keep us in a recession?

The new partnership, which bought the tiny 0.17-acre tract in 2018 for $75,000, also would need to submit a land development plan for the city’s approval.

The parcel is best known as the one-time site of Empire TV, but the small business had vacated the North Queen Street building in 2005, five years before its collapse, for a smaller space at 221 N. Prince St.

The structure actually was owned by the Lancaster Museum of Art when it partially collapsed, at age 99. The museum had bought the building as its future home. But in early 2010, the museum abandoned that plan. A few months later, as excavation occurred next door for the parking garage, the empty building collapsed. Debris damaged a Red Rose Transit Authority bus, but no one was seriously injured. The remainder of the building was razed in 2013.

Eberly Myers is a young but active city developer, with several other ventures in various stages. In the largest undertaking, it expects to start renovating a historic building in the 200 block of North Prince Street by year-end into 29 shared living units and 34 apartments. It also will complete a 16-unit apartment project in the first block of East Walnut Street by mid-October. Three other city projects are planned.

Housing officials have lamented a lack of rental housing, especially affordable units, across Lancaster County overall and in Lancaster city in particular for years. But in the past year, as borrowing costs have plunged to record lows, a spate of rental housing proposals has surfaced.

The three other housing ventures on Queen Street that have been previously announced in the past year are:

Also pending downtown is the redevelopment of buildings in the first block of West King Street, including the former LNP Media Group and Steinman Communications offices, into 45 apartments and offices.

Should $60M revitalization of ex-YMCA site in Lancaster city include saving 1868 tavern?