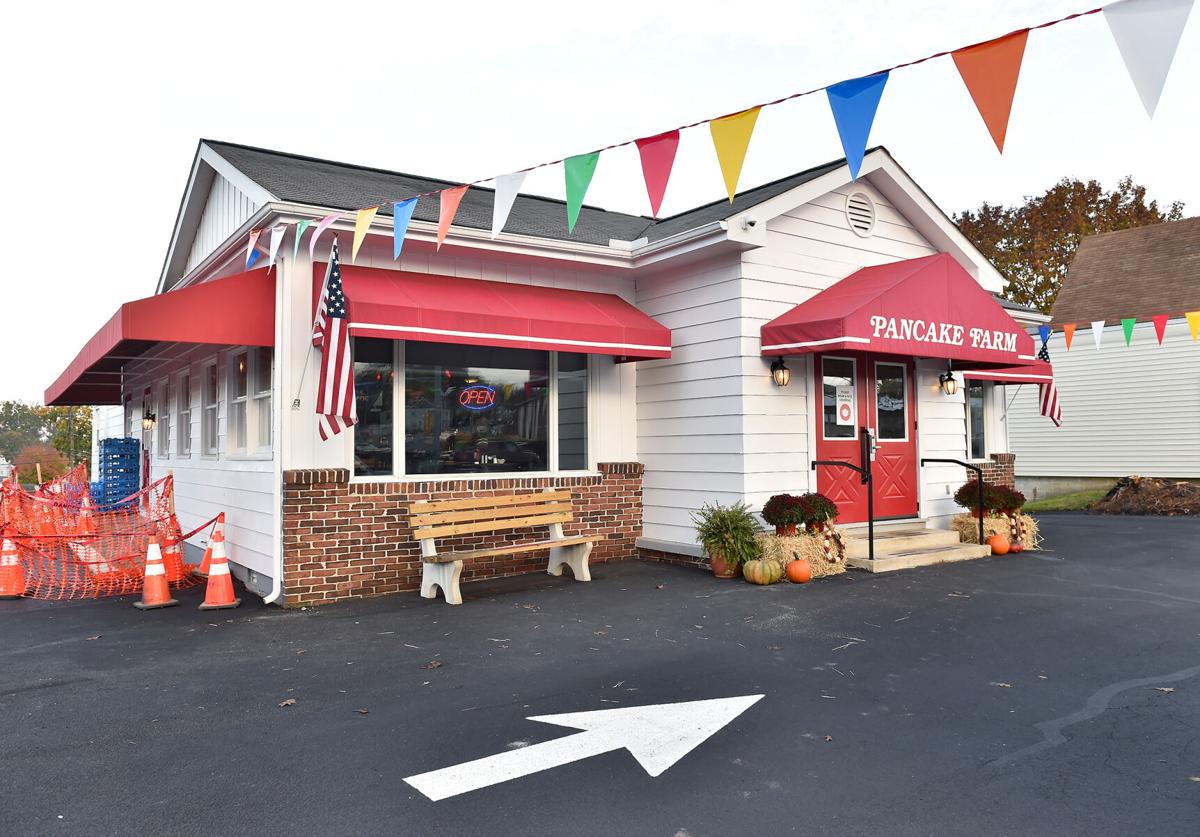 Pancake Farm was among 6 Lancaster County restaurants  -- and five in Ephrata -- that received "closed by order" notices between Dec. 28 and Jan. 3  for violating Gov. Tom Wolf's ban on indoor dining which ended Jan. 4. 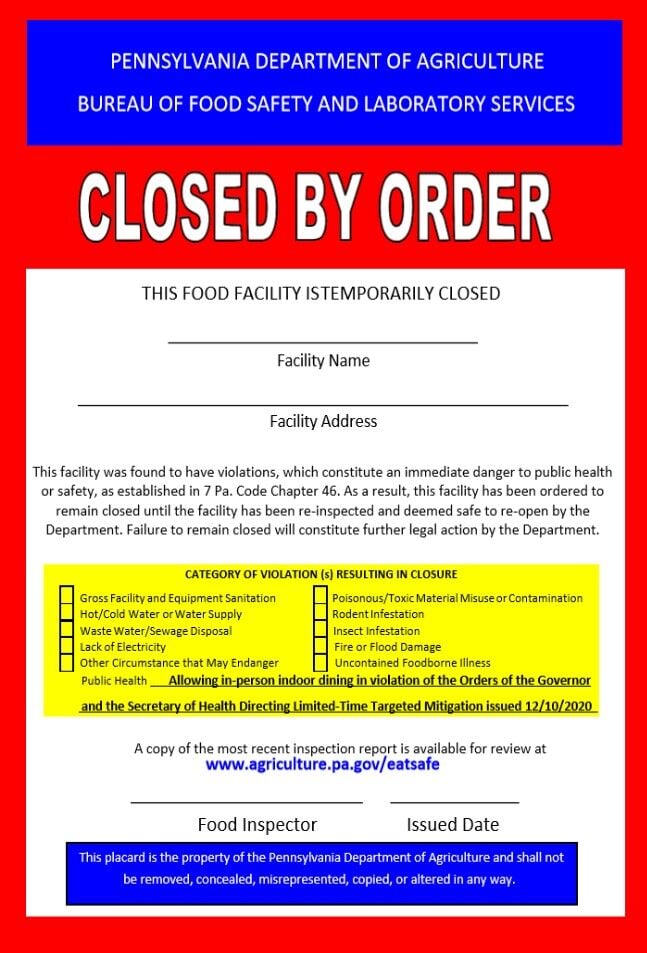 Six Lancaster County restaurants were among 36 businesses the state ordered to close for defying COVID-19 restrictions during Gov. Tom Wolf’s indoor dining ban which ended Monday. One closure notice was issued by Lancaster city, which conducts its own inspections.

The “closed by notice” orders from the state Department of Agriculture were issued for the week ending Jan. 3, the day before the temporary order banning indoor dining expired. With six restaurants ordered to close, Lancaster County was tied with York County for the most in the state last week.

The department handles inspection of most restaurants in the state outside of major cities. Lancaster city, which conducts its own restaurants inspections, issued a closure notice last week to Café One Eight, 18 W. Orange St., which was forwarded to the agriculture department.

In all, during the three weeks of the indoor dining ban, the agriculture department issued 110 “closure by notice” orders to restaurants that ignored warnings and continued to offer indoor dining during the ban, including 18 in Lancaster County.

Since the ban on indoor dining has expired, the agriculture department has allowed even those restaurants that received closure notices to resume indoor service, a spokesman said.

Other restaurants statewide receiving closure notices from the agriculture department Dec 28-Jan. 3 were:

Although all restaurants have been allowed to resume indoor dining, some enforcement actions are continuing.

Nineteen restaurants, including Olde Hickory Grille in Manheim Township, which violated the indoor dining ban are still subject to a state Department of Health lawsuit filed in Commonwealth Court. That Dec. 23 case, filed through the Attorney General’s office, seeks an injunction to close the restaurants, as well as punitive damages for “willful and wanton” violation of the order as well as other damages “the court deems appropriate.”

Spokespersons for the attorney general's office and health department did not respond to questions about how the expiration of the indoor dining ban affects the ongoing lawsuit. As of Tuesday afternoon, a docket listing did not show any updates to the case.

In response to a question about whether there would be lawsuits filed against restaurants sent closure orders since Dec. 21, a spokeswoman said the health department “will take additional legal action when necessary in order to enforce the mitigation efforts put in place to keep Pennsylvanians safe.”

Lancaster County reported over 450 more cases of COVID-19 in the past 24 hours, the ninth-highest one-day count in the county since the pandem…

Secretary of Health Dr. Rachel Levine and and Noe Ortega, acting Secretary of Education, are hosting a press conference this afternoon to talk…

Jan. 7—The state Department of Health on Thursday reported that the first case of the new COVID-19 variant has been detected in Dauphin County.

The first case of a new COVID-19 variant, SARS-CoV-2 B.1.1.7, has been confirmed in Pennsylvania, according to secretary of health Dr. Rachel …

Three Lancaster County restaurants are among 24 businesses the state ordered to close last week for violations of COVID-19 mitigation requirements.