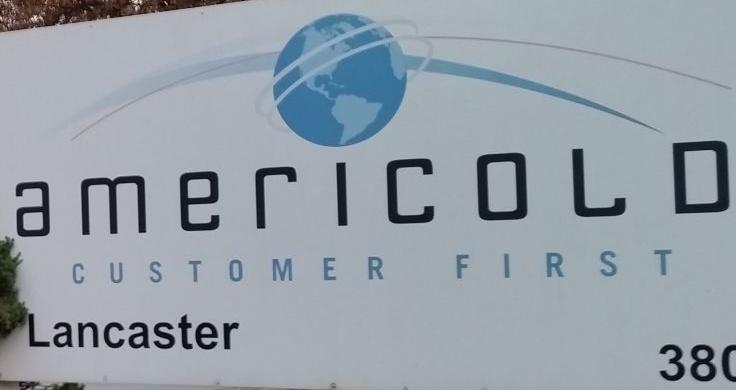 Americold Logistics outside Mountville will build an automated frozen-food warehouse that will have portions standing 150 feet tall, making it Lancaster County's third-tallest building. 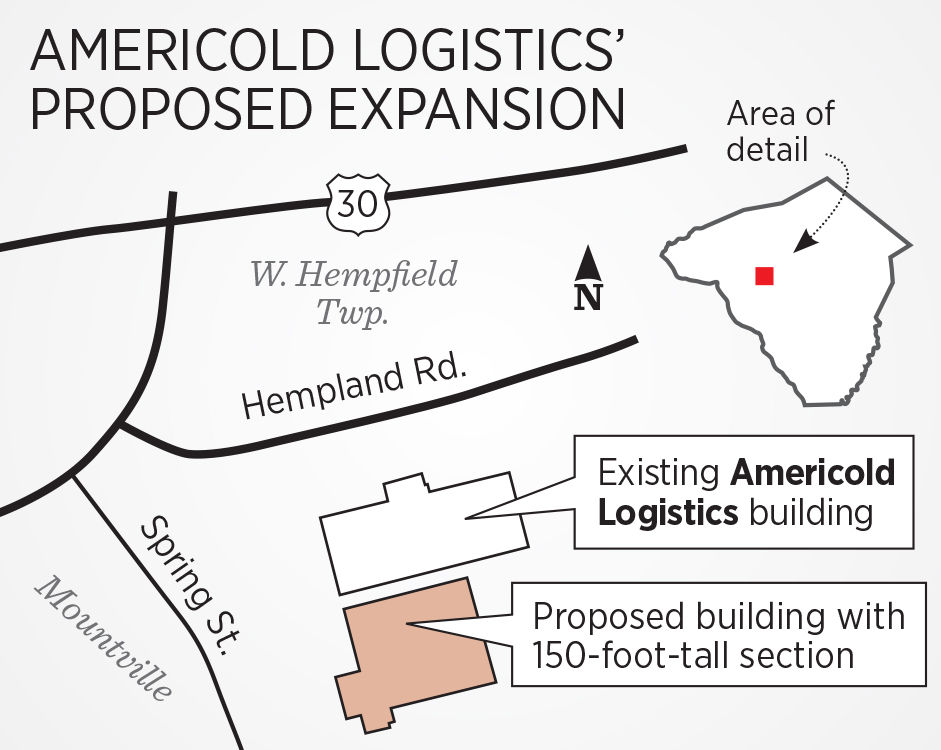 Americold Logistics outside Mountville will build an automated frozen-food warehouse that will have portions standing 150 feet tall, making it Lancaster County's third-tallest building.

Lancaster County’s two tallest buildings are a hotel and an office building, as the highest buildings in a community often are.

But a company in West Hempfield Township wants to add an unusual category to the list of loftiest local buildings: automated cold-storage food warehouse.

Americold Logistics near Mountville is seeking the township’s permission to construct a massive expansion with a portion standing 150 feet high.

Here are 15 of the tallest buildings in Lancaster County

The addition would be the third tallest building in the county, trailing only the Griest Building and the Lancaster Marriott at Penn Square, both in downtown Lancaster, LNP research shows. Both are about 210 feet tall.

“High-bay warehouses conserve land, lower energy use, allow for greater operational efficiency and allow for a higher investment on a smaller footprint,” the company said in a filing with the township.

Americold needs the township to approve the height as a conditional use on land that’s zoned I-2 industrial, as is Americold’s 3800 Hempland Road property.

Township regulations allow a building in an I-2 industrial zone to exceed the 75-foot limit and go as high as 150 feet under certain circumstances, which Americold says it fulfills.

That’s no surprise. Americold had proposed the exact criteria for the height exception to the township. The township approved the changes, submitted as a text amendment, in July.

One criterion is that the building has to be more than 100,000 square feet in size. Americold says its expansion would be 246,000 square feet — about 25% bigger than a Walmart superstore.

Roughly a third of that footprint would stand 150 feet high, Americold’s conditional use application indicates. That height translates roughly into 12 to 15 stories.

Another criterion calls for the expansion to have a setback equal to its height over 75 feet. The proposed expansion checks this box too.

It conserves land by compactly building up, not out; it develops land where growth already is occurring; and it retains and expands existing industry, he said.

“This is a good example of the implementation of Places 2040,” said Standish. “We’re very supportive.”

Americold’s application for approval of its conditional use does not mention the cost of the expansion or the number of new jobs it would create.

An Americold spokeswoman did not respond to LNP’s requests for that information.

Township Manager Andrew Stern said he was excited by the possibility of additional jobs and investment coming to the municipality, but did not know the specific impacts.

“We’re hoping it will be a really big success for us and them,” said Dave Dumeyer, chairman of the township supervisors.

The company’s request is scheduled to be reviewed by the township Planning Commission at its 7 p.m. Thursday meeting, then go to the township supervisors for a decision at their 7:30 p.m. Dec. 3 meeting.

Americold is the fifth company to operate the cold-storage warehouse near College Avenue and Route 30 since it was developed by Rosenberger Cold Storage in 1993.

The cold-storage warehouse initially constructed is 308,000 square feet and stands on 16.2 acres, according to county property records. The expansion would go on 23.9 acres of farmland south of the existing building.

Based in Atlanta, Americold is the world’s largest cold-storage provider, with more than 160 locations in the United States, including seven in Pennsylvania. It had 2018 revenue of $1.2 billion.

The company stores refrigerated and frozen items made by food producers, then ships them to the producers' customers — restaurants, food stores, schools, hospitals, distributors and others.

In 1929, the concept of a skyscraper in Lancaster was an idea people were still just getting used to. The city's first skyscraper, the Griest …