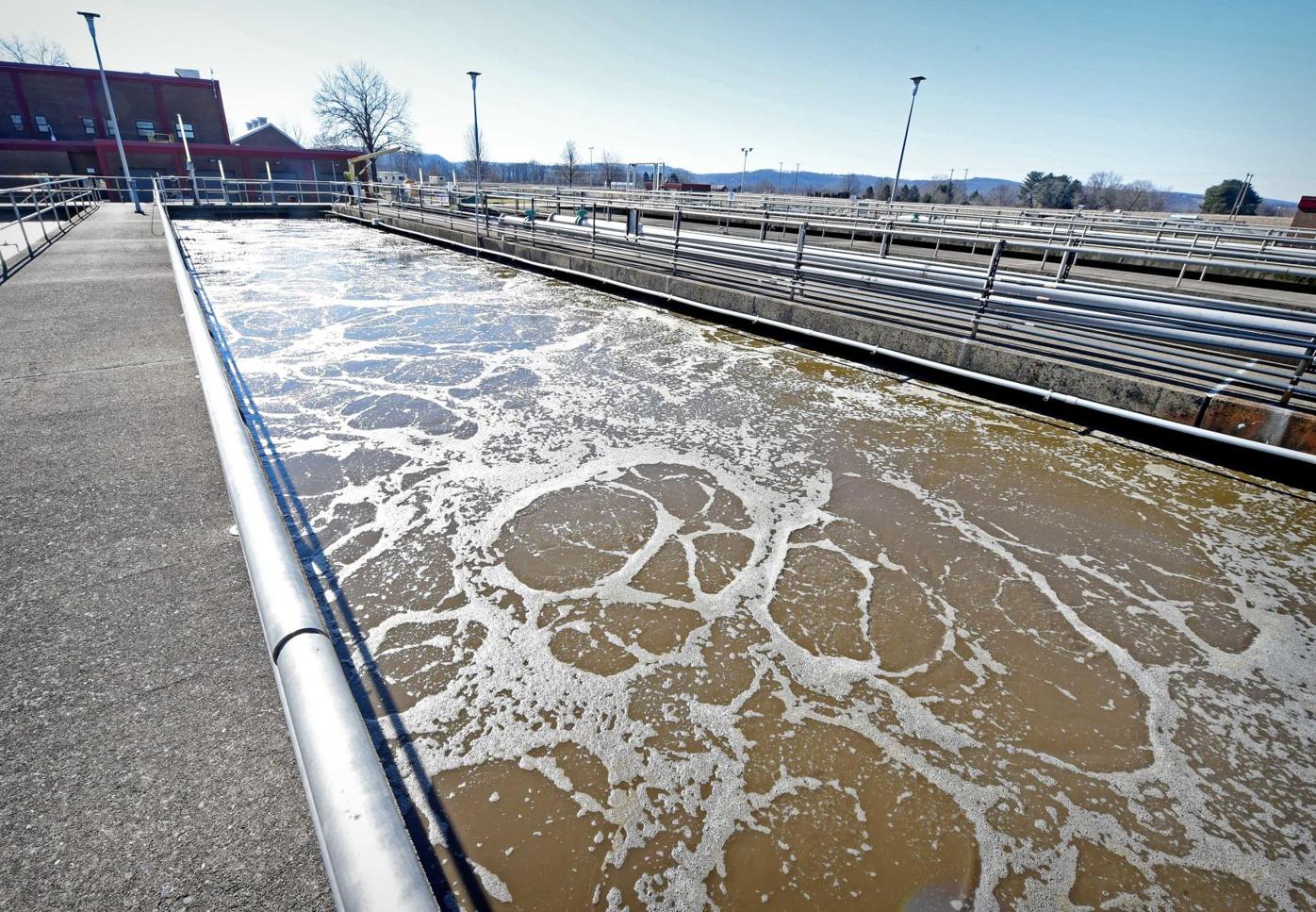 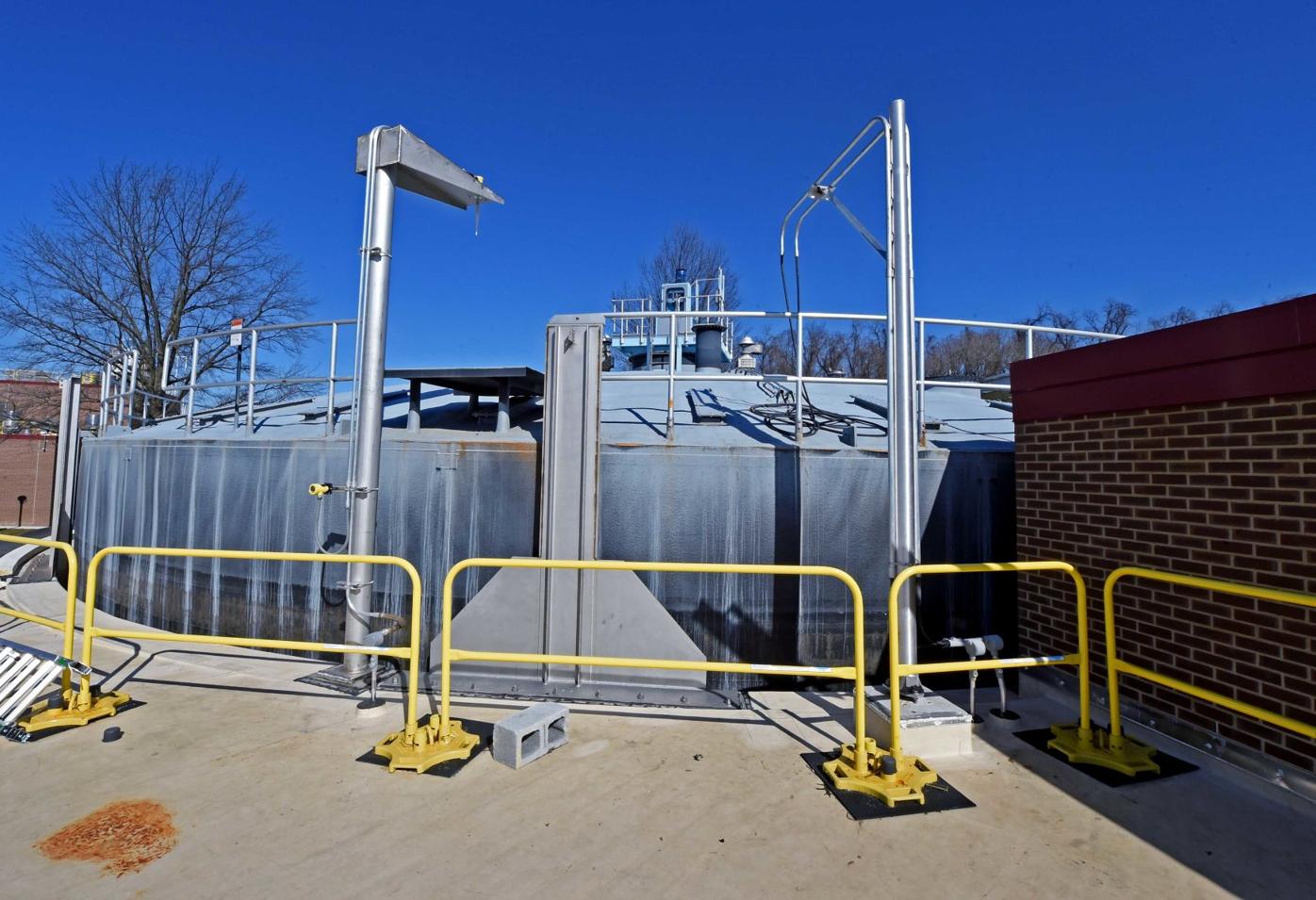 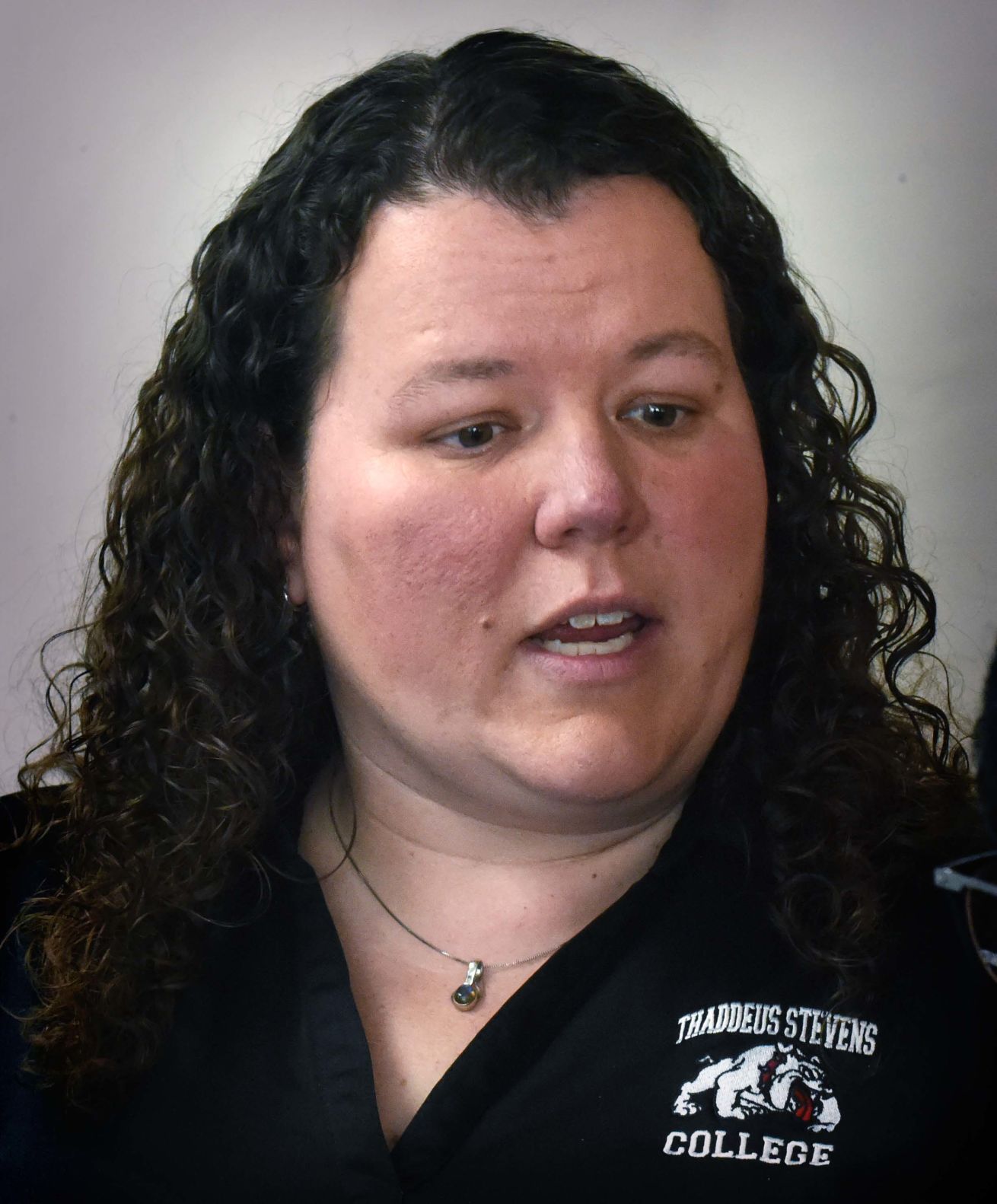 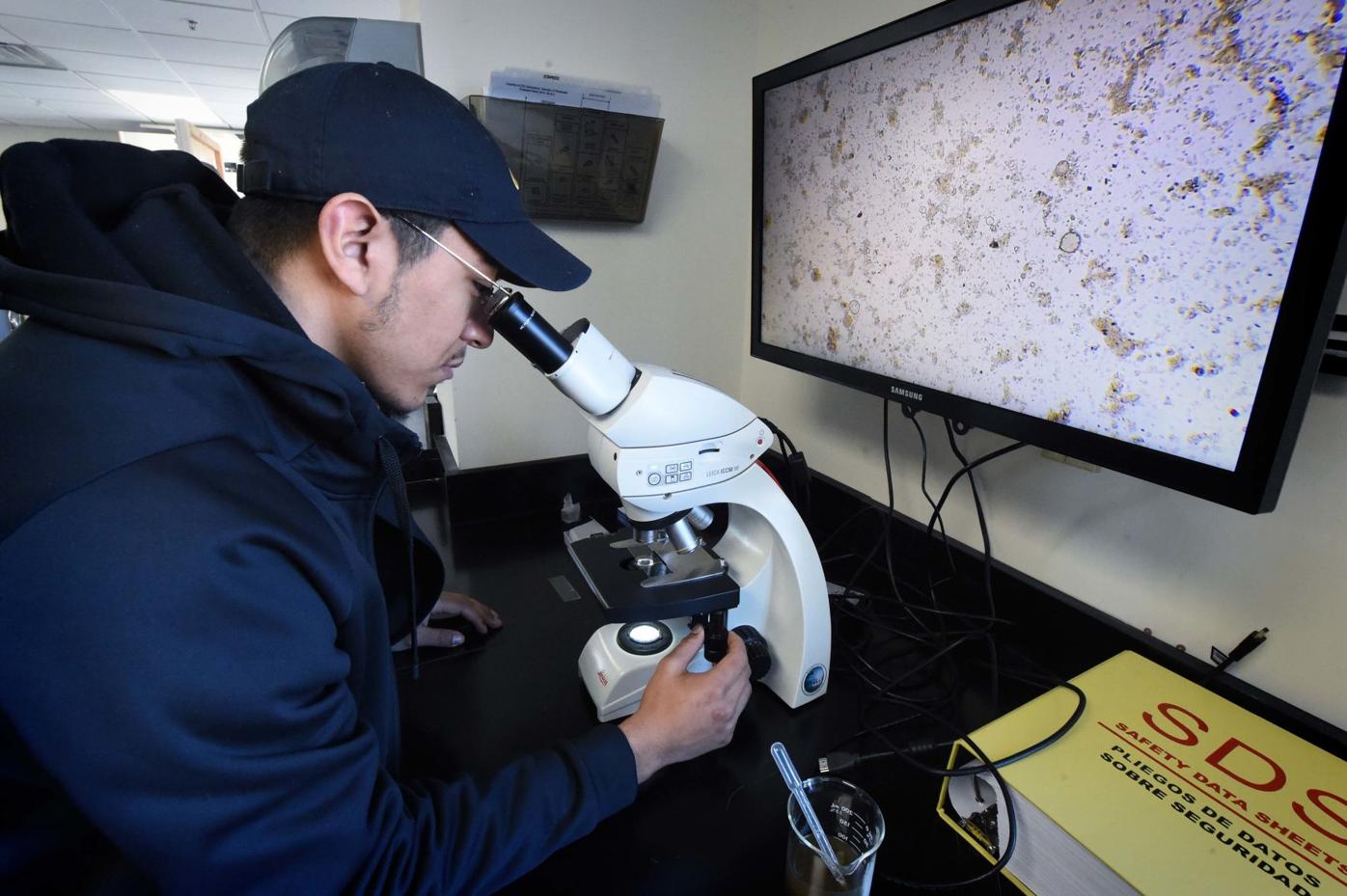 Thomas Jimenez, a second year student in the Water and Environmental Technology program at Thadeus Stevens College of Technology, looks through a organisms thogh a microscope Thursday, Feb. 28, 2019. 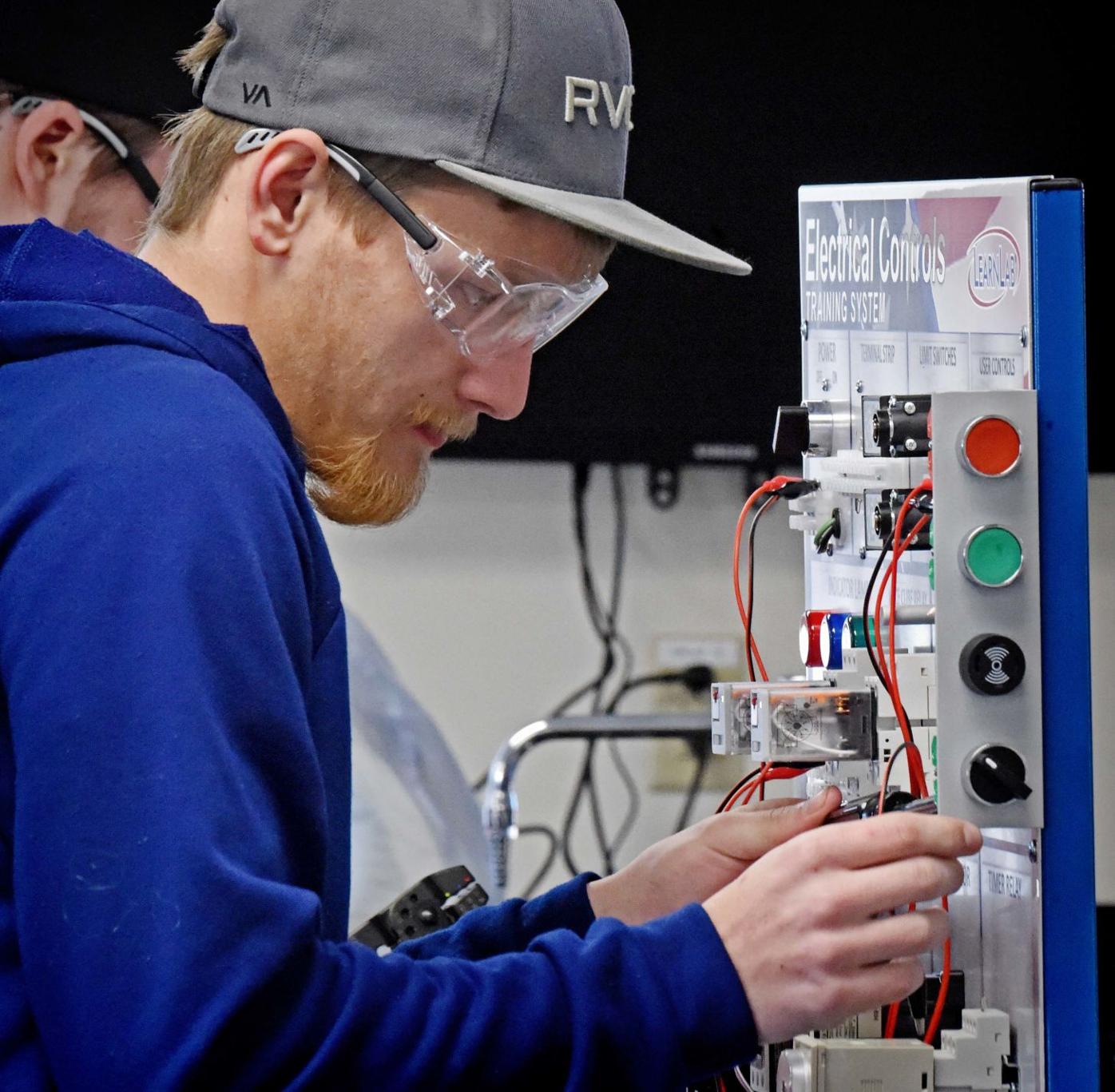 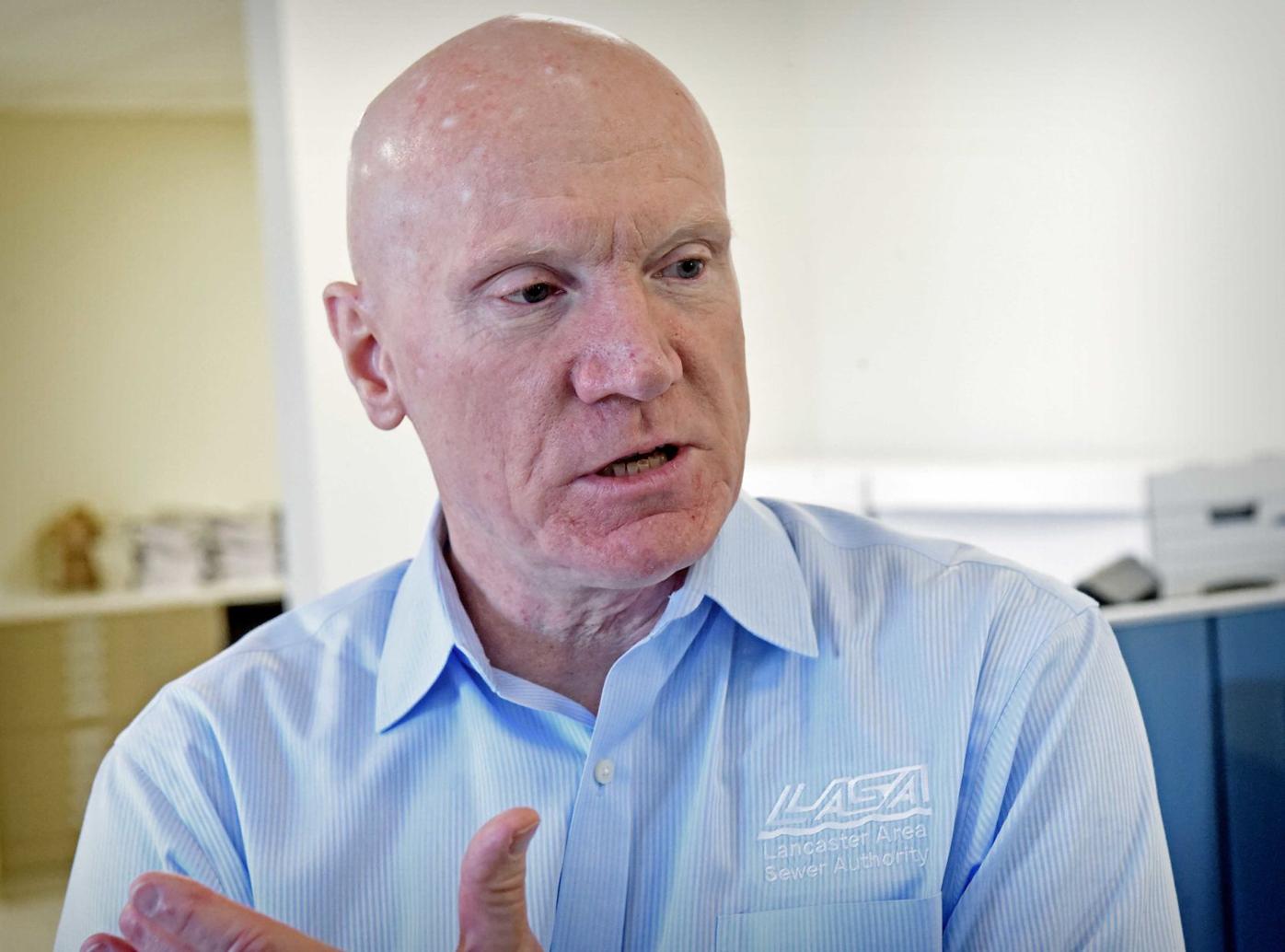 Michael A. Kyle, Executive Director Lancaster Area Sewer Authority, talks about the problems in getting operators for their treatment plant Monday, Feb. 25, 2019. 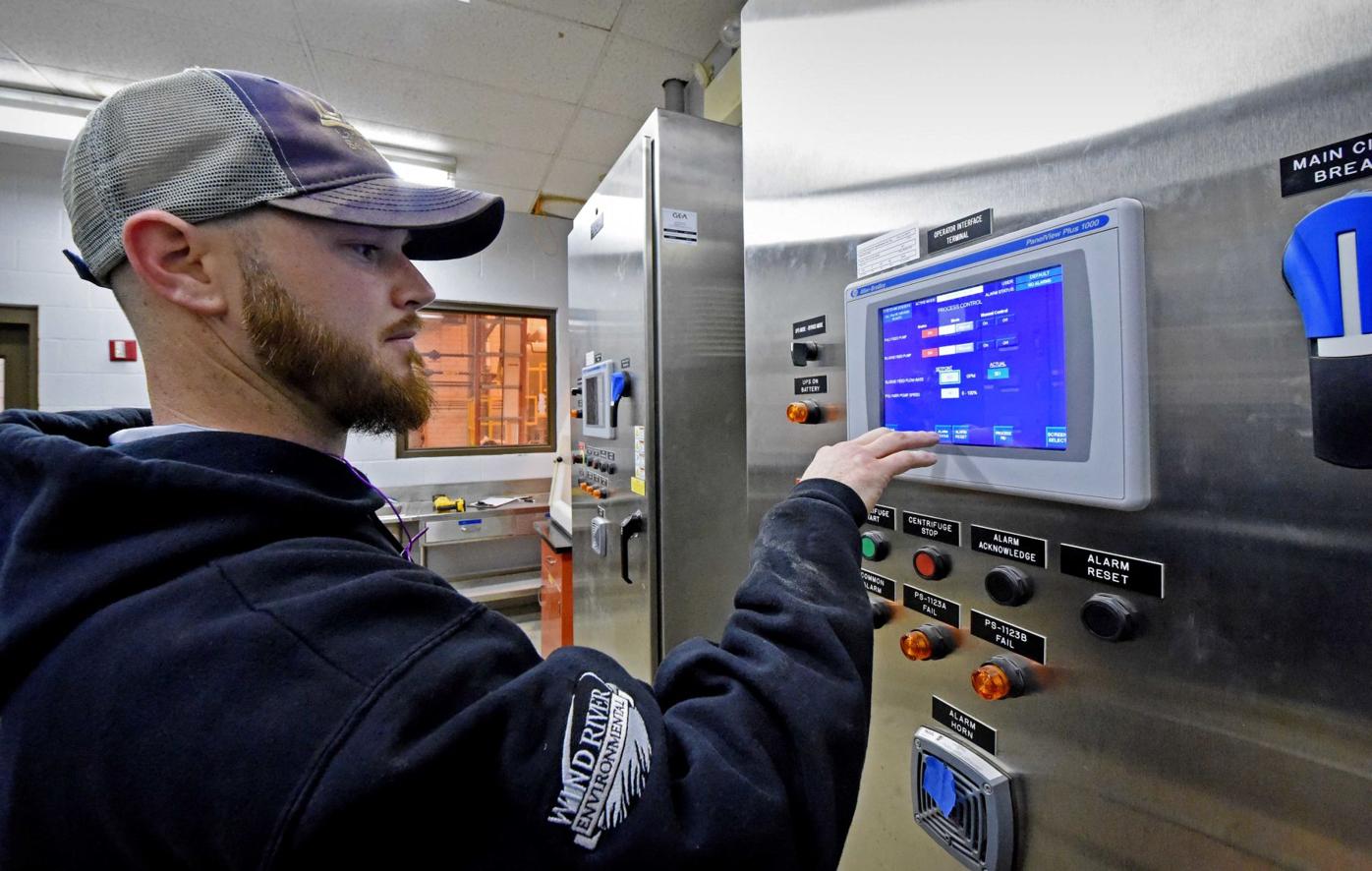 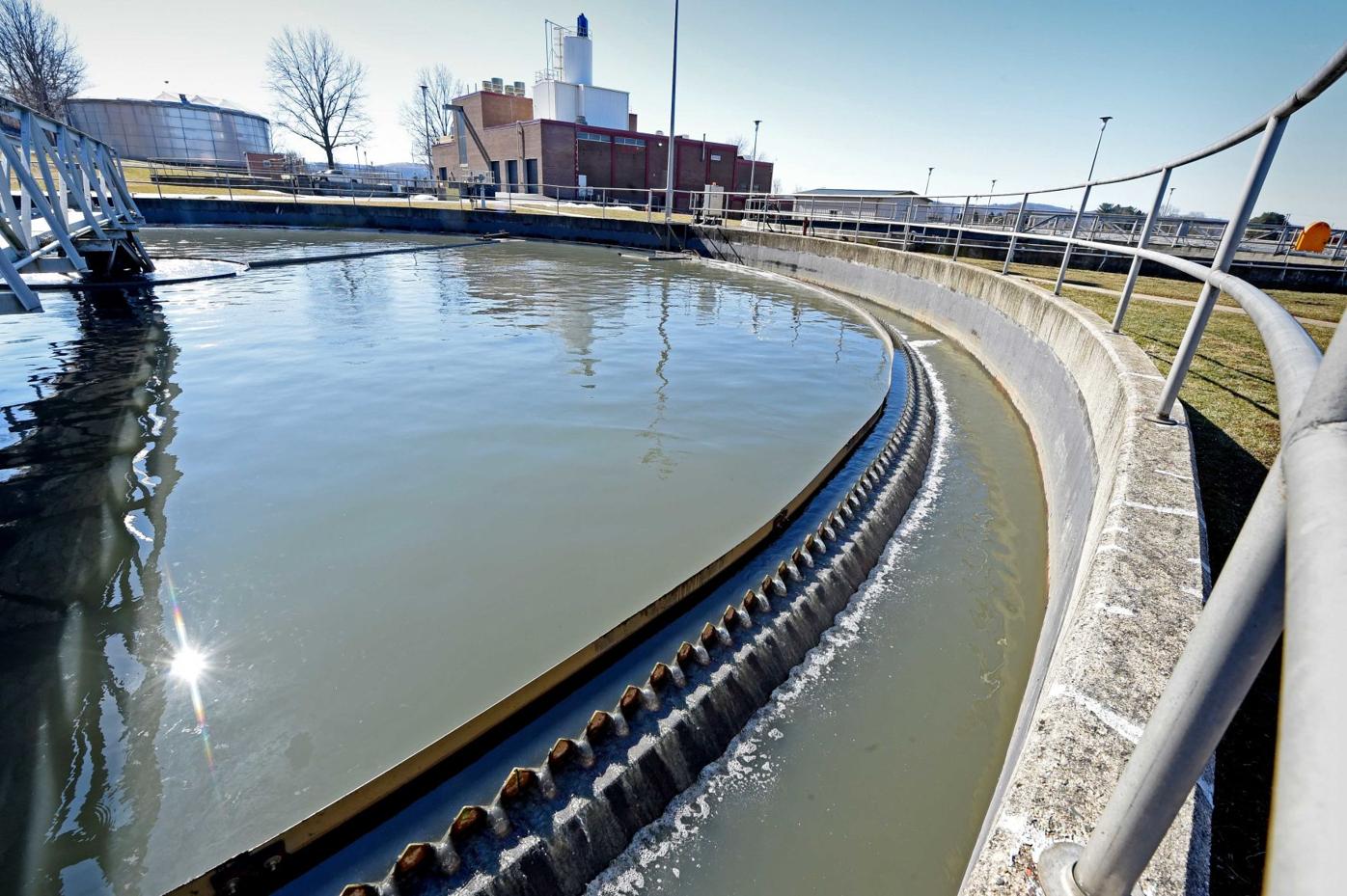 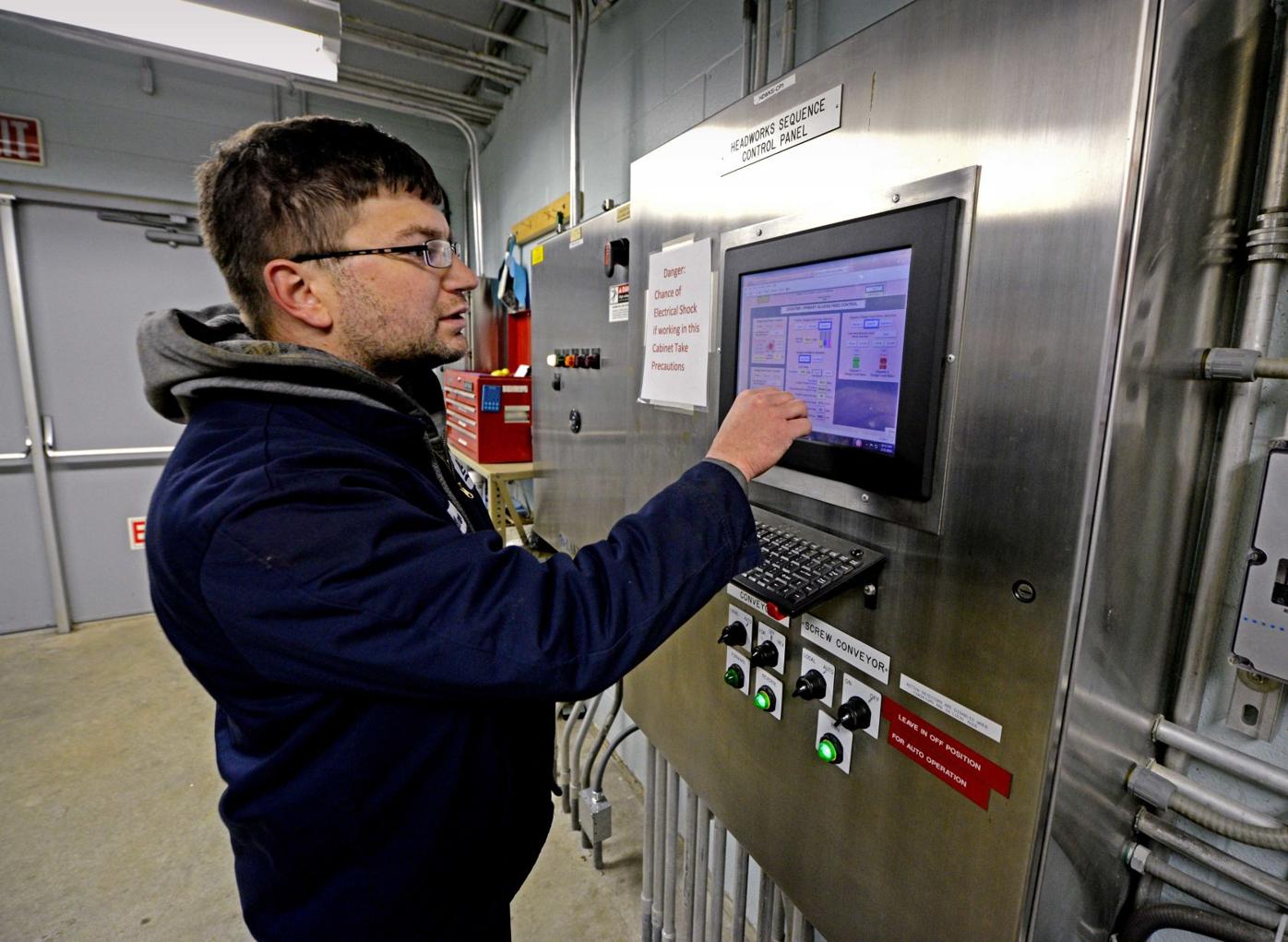 Thomas Jimenez, a second year student in the Water and Environmental Technology program at Thadeus Stevens College of Technology, looks through a organisms thogh a microscope Thursday, Feb. 28, 2019.

Behind every toilet flush and faucet turn that draws on a public water system, there’s an entire industry making sure the water meets certain standards.

“Nobody touches the community like a water treatment plant operator,” said William McKeon, who teaches classes geared to prospective operators at Thaddeus Stevens College of Technology.

“Drinking water is public health,” he said, “and wastewater is the front lines of environmental work.”

But McKeon and others in the field worry about a looming shortage of water-treatment plant operators, as a wave of older operators hits retirement age.

McKeon fears that in the next 10 years, there won’t be enough operators to monitor and control every public water system adequately.

Drinking water and wastewater are handled by separate facilities — though both are monitored by licensed operators.

Operators decide when to change chemical-feed rates and monitor details like how much water is flowing through a wastewater plant, among other duties.

McKeon thinks public interest in plant operator jobs is low because public understanding of the job is poor. The public doesn’t realize the job’s importance and its roots in science, he says.

And maybe the public doesn’t know the job pays pretty well, too.

It warns that the “scarcity of younger operators and the potential retirement of a large pool of older operators in the coming years may jeopardize the statewide pool of qualified operators.”

As McKeon sees it, the only reason there is not a larger shortage of these operators already is because many retirement-age operators decided to stay on the job after the 2008-09 Great Recession.

However, since the economy is now doing better, those operators will retire, he said.

According to the DEP report, nearly two-thirds of wastewater and drinking water operators are approaching retirement age.

To combat the shortage on the horizon, the report recommended several steps — such as developing more college certificate or associate degree programs — that the DEP, local water authorities and educational institutions could take.

DEP is taking its own advice and partnering with colleges and universities to create more accredited certification programs, making training programs more accessible to people interested in the field.

But the increase in access to training hasn’t done enough to offset the exodus of operators.

In Lancaster County, there are 403 licensed operators, according to DEP. That total consists of 254 active drinking water operators and 248 active wastewater operators (99 have dual licenses).

The number of vacancies here was not available.

Local wastewater and drinking water facilities are feeling the stress of their eroding workforces, and officials recognize the need to entice a younger generation, said Michael Kyle, executive director of the Lancaster Area Sewer Authority.

LASA serves eight municipalities — the townships of East and West Hempfield, Manor, Manheim and Lancaster and the boroughs of East Petersburg, Mountville and Columbia — with a combined served population of 120,000.

Their time is up

Although the departure of baby boomers is being felt across many industries, Kyle said the water industry’s predicament has a contributing factor: federal law.

Passage of the Clean Water Act in 1972 triggered a push to set up the infrastructure of modern wastewater and drinking water treatment plants immediately. The profession saw a huge influx of engineers, operators and mechanics in the following years.

And after decades in the business, “we’re all retiring now,” Kyle said.

The most recent data available from DEP backs Kyle’s assessment.

At LASA, of the nine operators employed, the average age of the seven experienced operators — defined as having worked in the industry for more than five years – is 61.7 years old.

Since then, they’ve all retired and the authority filled the vacancies.

Now LASA expects five more to retire. “I’ll probably lose half of my staff in the next three years,” said Edward Lyle, chief of operations at the authority.

Several other local water and wastewater authorities and bureaus are dealing with the same trend.

So far, they’ve maintained an adequate flow of new employees by getting ahead of the problem.

Joseph Ardini, manager at Mount Joy Borough Authority, employs five licensed operators at its wastewater facility and five at the drinking water facility. One operator at each is expected to retire in the next five years.

However, the authority — which serves about 14,800 people in Mount Joy Borough and portions of Mount Joy, East Donegal and Rapho townships — has three operators who are training to become licensed within the next five years and can fill those upcoming vacancies.

Likewise, Kurt Hargrove, chief of operations at City of Lancaster’s Bureau of Water, is not concerned about filling operator positions right now.

“When you talk to me compared to some of these other guys (plant managers), the difference is, we already went through what they are experiencing now,” he said.

The city operates two drinking water treatment facilities that serve a population of 110,000 people in the city and surrounding municipalities.

When the city’s new plant was built in 2010, three or four of nine operators retired, Hargrove said. “If everyone is relatively the same age, then you’ll have a mass retirement.”

The plant was able to fully restaff by taking individuals who were interested in the position — even those who had no experience or certification in the field — and training them to work as an operator.

“You would have to have someone who has the drive, the willingness to study,” said Christine Volkay-Hilditch, the manager of the city’s Bureau of Wastewater.

Like the city’s Bureau of Water, the wastewater side has seen several retirements in recent years, but they were able to replace those individuals, she said.

Volkay-Hilditch acknowledges that there is a shortage of licensed operators in the industry, but says her bureau has had success by bringing in an individual and training them to get licensed.

The city’s wastewater facility has seven operators, one of whom is of retirement age.

“Our bigger concern,” she said, “is just making sure that we have a pipeline of those other technical positions — mechanics, electricians and instrumentation technicians.” Those positions also are needed to keep water and wastewater facilities running, she said.

The Bureau of Wastewater has one facility that serves Lancaster city and surrounding townships.

The big roadblock is getting potential employees into existing training programs in the first place, said LASA’s Kyle.

“How do you convince the workforce that (wastewater treatment) is a great career opportunity?” he asked.

For many, it’s simply “not on their radar,” said McKeon, the Thaddeus Stevens instructor.

That was true for Michael Bensinger, of Mount Joy, until he saw a television commercial about the school’s water-operator career path and a friend began taking water-operator classes there.

Bensinger figured, since he liked chemistry and biology in high school, “why not look into it?”

“I sort of went in a little blind,” he said, but after a couple weeks of classes, he liked it.

Normally, when people think about water or sewage treatment, they think of something dirty, of someone just watching over a sewer pipe, he said.

“But it’s not like that. It’s actually a lot of fun. There’s a lot of math and science behind it. I love working with the microbiology, and it’s something new every day.”

“People don’t realize that it’s high tech,” Surra said. “It’s based in science. It’s chemistry, it’s biology and there’s physical science in there too. A lot of times, when high school students think of it, they think of it like treating people’s toilet water, for lack of a better way of saying it.”

Science isn’t the only selling point for operator careers. The pay is pretty good too, according to educators and those in the industry.

According to the Bureau of Labor Statistics, water and wastewater treatment operators statewide make an average annual salary of $48,950.

For graduates of the Thaddeus Stevens program, the average starting salary is nearly that — $47,500, according to college President William Griscom.

The program has a capacity of 25 students per year. It has averaged 20 to 22 students a year for the past three years, Surra said.

Rolling out a welcome mat

Realizing the recruiting problem caused by public misconceptions of their industry, LASA administrators are taking active roles in cultivating a new workforce.

Kyle has participated in state and national job fairs and has gone to high schools to speak. But getting through to high school students is the toughest, he said.

His hope is to reach students who may already be interested in careers that are hands-on but don’t know about water treatment. Kyle wants to introduce them to the industry as they make plans for life after high school.

His LASA colleague, Lyle, also is heavily involved in the outreach effort.

Over the past 15 years, Lyle has led over 500 high school tours through the plant in an effort to get students to think about a career in wastewater treatment.

Kyle predicts staff losses will be felt most by smaller authorities, which make up the majority of facilities in the state.

Many of these authorities already rely on so-called “circuit riders.” These are licensed operators who work at several facilities that cannot afford to hire their own full-time certified operators, he said.

The problem isn’t just finding people to work at the plants as replacements; the issue becomes acute when facilities do not have the experienced, certificate-holding personnel to become licensed in time to fill vacancies, Ardini said.

“If I was down to one operator, I would be stressed ,” Ardini said.

What's in our water? A yearlong investigation of Lancaster County water sources by LNP

Legislation proposed in the Pennsylvania House of Representatives would exempt the water systems of some private schools, churches and busines…