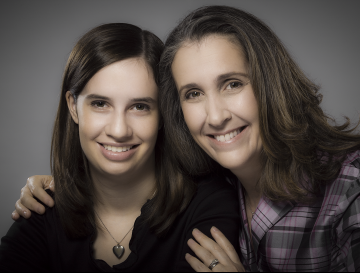 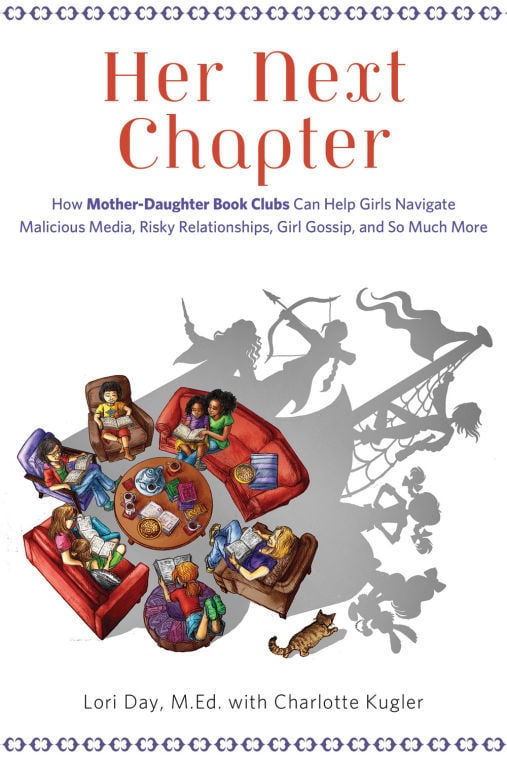 "Her Next Chapter," by Lori Day with Charlotte Kugler

"Her Next Chapter," by Lori Day with Charlotte Kugler

The club, which endured for six years, proved to be a safe haven in which girls and moms could freely discuss the challenges of modern girlhood.

Now Day has written “Her Next Chapter: How Mother-Daughter Book Clubs Can Help Girls Navigate Malicious Media, Risky Relationships, Girl Gossip, and So Much More,” published by Chicago Review Press.

The book includes reflections from Day’s daughter, Charlotte Kugler, who soon will graduate from Mount Holyoke College with a degree in English and anthropology.

Day, an educational psychologist and consultant based in Massachusetts, says her daughter “really marched to her own drummer. ... She wasn’t in a hurry to grow up.”

“Book club was the place where she felt she could grow up” at her own pace, Day says.

Book clubs can provide that kind of freedom to other girls who live in a world that pushes them to grow up too soon, she says.

A way to empower girls

In “Her Next Chapter,” Day details the sexualization of girls in pop culture and marketing.

“Sexualization is not empowerment,” Day said, in a recent phone interview. “There’s no place in a young girl’s life for that.” Miley Cyrus, she says, is not empowered when she’s twerking half-naked on stage.

Even the youngest stages of girlhood have been branded, dominated by princess culture and gender-segmented, “pinkified” toys.

Companies say “they’re just filling a need,” Day says, but “girls now want what they’ve been told is for them. ... This culture was created by people who wanted to make money.

“Mothers were not saying, ‘We want more stereotypes for our daughters.’ ”

Girls, she said, are being bombarded by unhealthy images and messages. “The amount of media that kids consume now is so much more than it used to be,” Day says, “and media is not always positive for girls.”

Because of the Internet, bullying now takes place “on a much bigger stage, with much bigger consequences.”

Being in a mother-daughter book club helps a girl to navigate the rocky shoals of today’s girl culture, Day said.

“Her Next Chapter” suggests books and films that explore themes such as girl empowerment, body image, bullying, gender stereotyping and sexual orientation.

One such title, “Stargirl,” by Jerry Spinelli, led to an animated discussion about noncomformity in Day and Kugler’s club.

“Her Next Chapter” also offers suggestions for discussion questions and fun activities.

In a book club, mothers can help their daughters to become more critical consumers of media, Day said.

Being in a mother-daughter club helps mothers, too, she said.

In the tween and teen years, when mothers and daughters sometimes find it hard to talk, a book club can help them to go beyond the “how-are-you-I’m-fine” exchanges.

It also can help to defuse any tensions.

“What happens is really magical,” Day said. “When you are talking about something that’s happening in a book, there’s this moment ... it just pivots to the girls talking about [its relevance] in their real lives.

“There are times when the girls forget the mothers are there. ... You learn more about your child in this group, when they’re talking to other kids, than you do at home.”

Day is a feminist who does not shy away from the label. She said she hopes “Her Next Chapter” will help adults recognize the harm that’s being done to girls in today’s culture, and give mothers a positive means of countering that harm.

When she embarked on writing the book, “It became really quickly apparent to me that it was going to be very hard to write a politically neutral book.”

She writes a chapter about supporting gender-nonconforming, lesbian, gay, bisexual and transgender women and girls.

Day suggests reading “Silhouette of a Sparrow,” by Molly Beth Griffin, a lesbian coming-of-age novel set in the 1920s.

Her daughter, Charlotte, who’s a lesbian, writes in the chapter of her own gradual realization of her orientation.

Day hopes “Her Next Chapter” finds an audience among mothers of all political persuasions who are concerned about their girls.

Said Day: “If you want to raise an empowered girl, you’re going to get (in “Her Next Chapter”) all of the books and the tools you need.”

Suzanne Cassidy is a Lancaster Newspapers reporter. She can be reached atscassidy@lnpnews.com. You can also follow @SuzCassidyLNP on Twitter.