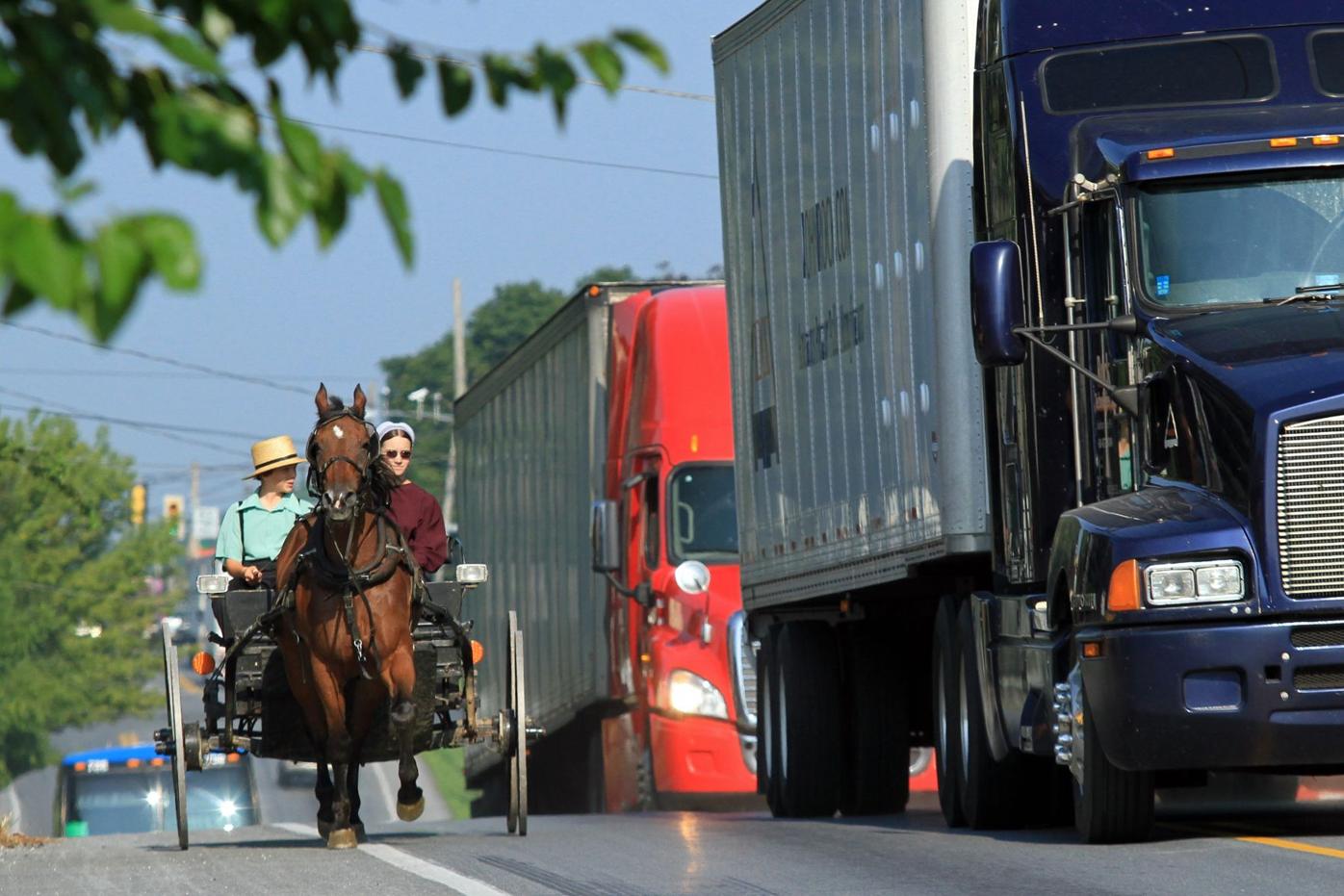 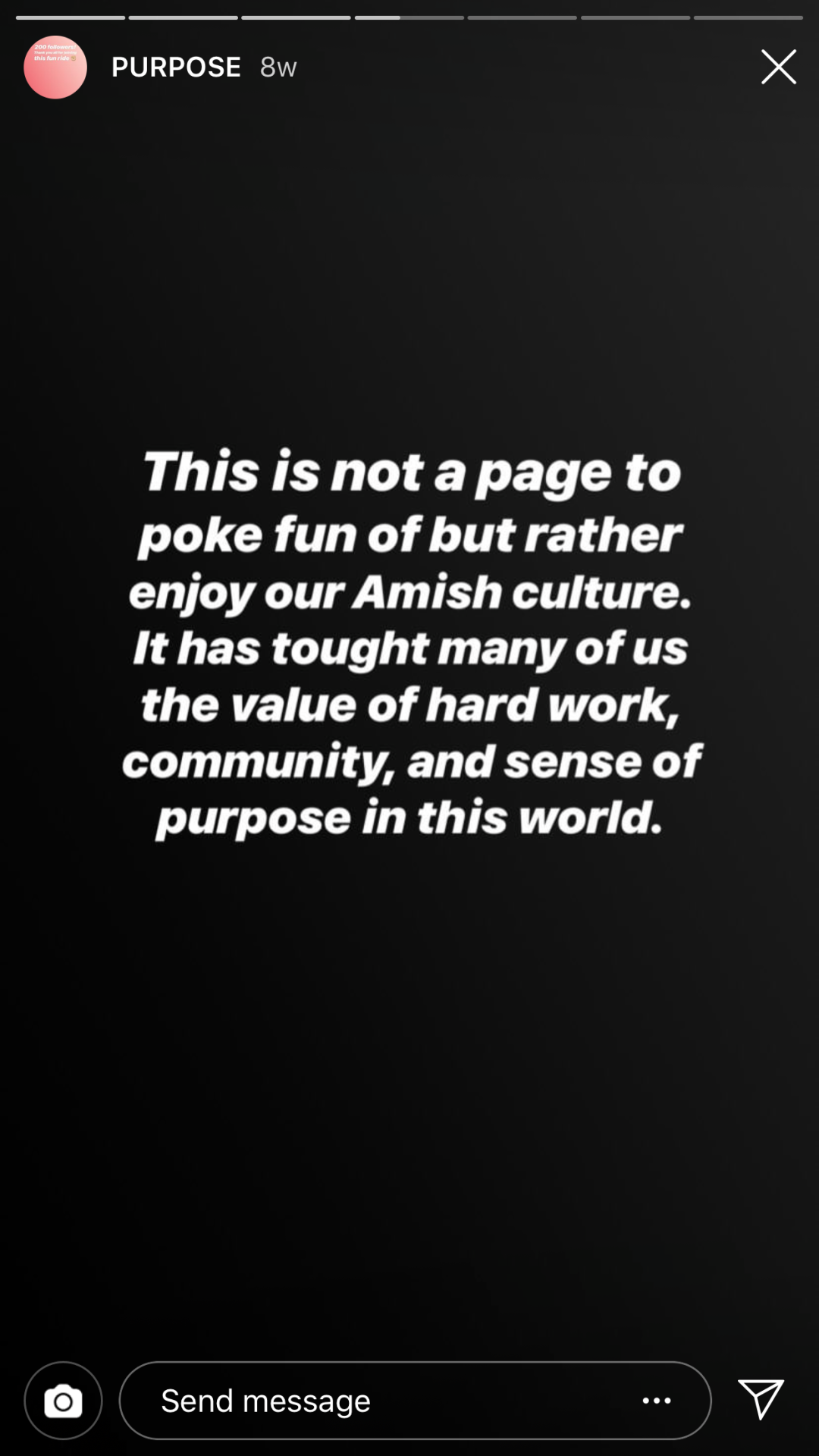 Even the Plain community enjoys memes, it seems.

Several Instagram accounts have found popularity among the Lancaster Amish and Plain communities by creating and sharing memes, such as @Amish_Memes and @MemesByMennos.

One account, @Amish_Memes, was created to “enjoy our local (Amish) culture, bring humor into the world, and not to take ourselves too seriously,” according to an Instagram story post made in late April of this year.

Of the memes posted on the account, all are Amish-related and intended to be humorous.

Memes, which are humorous images, videos and gifs that are spread through the internet, are often made popular through social media platforms. Instagram has become a hot spot for memes; accounts like @Funny, @EdgyChristianMemes and @Memes.com have hundreds of thousands of followers, if not millions.

An example of a typical @Amish_Memes post is a gif of America’s Got Talent judge Simon Cowell blowing a kiss with the caption “What I really want to do when someone from New Jersey whips out a camera when I’m on the back of the plow.”

The account is active, posting several times a week. Its followers are just as active. Many of the account's posts are met with several comments and hundreds of "likes" from devoted followers.

When messaged by an LNP reporter about the account's following, the owner of the Instagram account said, “There’s a good amount (of Amish followers) but the overwhelming majority are those with Amish background that have at one point been Amish.”

The owner refused to reveal their identity, but said that their parents were raised Amish but did not join the church. The account owner also has Amish extended relatives.

But @Amish_Memes is only one account of many. Other Instagram profiles such as @MennoMadeMemes, @PlainPeopleMemes and @MemesByMennos have also found their spot in the Plain sect community niche meme market.

Weaver, a young man of the Old Order Mennonite church who wished to stay anonymous, follows all of the aforementioned Instagram accounts.

Because he's a part of that "niche" community, he said.

While the focus of the Mennonite-specific accounts are geared more towards "car-driving Mennonites," Weaver can still identify with most of the content shared.

@MemesByMennos, the first account of its kind and most popular of the Amish and Plain sect meme accounts with more than 5,000 followers, has taken advantage of those common shared experiences of playing volleyball and dating.

The young women who run the account, Tami, 19, and Nita, 23, said that the main function of @MemesByMennos is to “call out the quirks” of their community.

. “When did you realize she was the one?” . “When she set perfectly without knowing what I like.” . . . Meme credits: @travistyshetler

Chuck Jantzi, professor of psychology at Messiah College and researcher of Amish youth and social media, said that he found the account to be "not quite affirming, but not critical" of the Plain Mennonite faith and culture.

And the account’s self-deprecating memes are resonating with followers.

According to the analytics of the @MemesByMennos account, its posts are widely shared via Instagram’s direct message function, with their most-shared post being sent 174 times.

The account’s followers are so engaged that Tami and Nita said they’re often bombarded with messages and meme submissions — so much so that the women said they felt as if they were “too invested” in the Instagram account and are now handing it over to another person.

“What made the account good was how much we interacted with our followers,” Nita said. “But I hated how much of a distraction it was.”

Tami said she found the account interfered with time with friends and her faith.

Jantzi said the reasons the women listed walking away from the account "kept with Anabaptist beliefs," which value community and faith.

He said that most people wouldn't be willing to step away from an Instagram account with such a large following.